AT&T customers filed a class-action lawsuit in California against AT&T for allegedly charging a $1.99 hidden “administrative fee” without disclosing the cost in the advertised rates.

The lawsuit was filed by AT&T customers Ian Vianu and Irina Bukchin on Thursday in the US District Court for the Northern District of California. The lawsuit claims AT&T “charges higher monthly rates than the customers were promised and agreed to pay” via a “bogus so called ‘Administrative Fee.’”

“The lawsuit is wrong,” an AT&T spokesperson said in a statement. “This is a standard fee and we disclose it to our customers.”

The complainant says the fee isn’t mentioned until after a customer signs up for the plan and it appears on their monthly billing statements. Even on the billing statements, the fee is in a place where “customers will not notice it” and makes it look like “a tax or another standard government pass-through fee,” according to the lawsuit.

“Deep within AT&T’s website” there is a description of the fee; however, the lawsuit claims AT&T’s description fails “to constitute an adequate disclosure of the Administrative Fee.”

The description of the fee is titled “AT&T Phone Administrative Fee” under the “Learn about taxes, surcharges, and fees” section of AT&T’s website. The website says “The Phone Administrative Fee is a per-line, per-month fee. It isn’t a tax or charge that the government requires us to collect. It’s a fee that helps defray certain costs associated with providing phone services.” 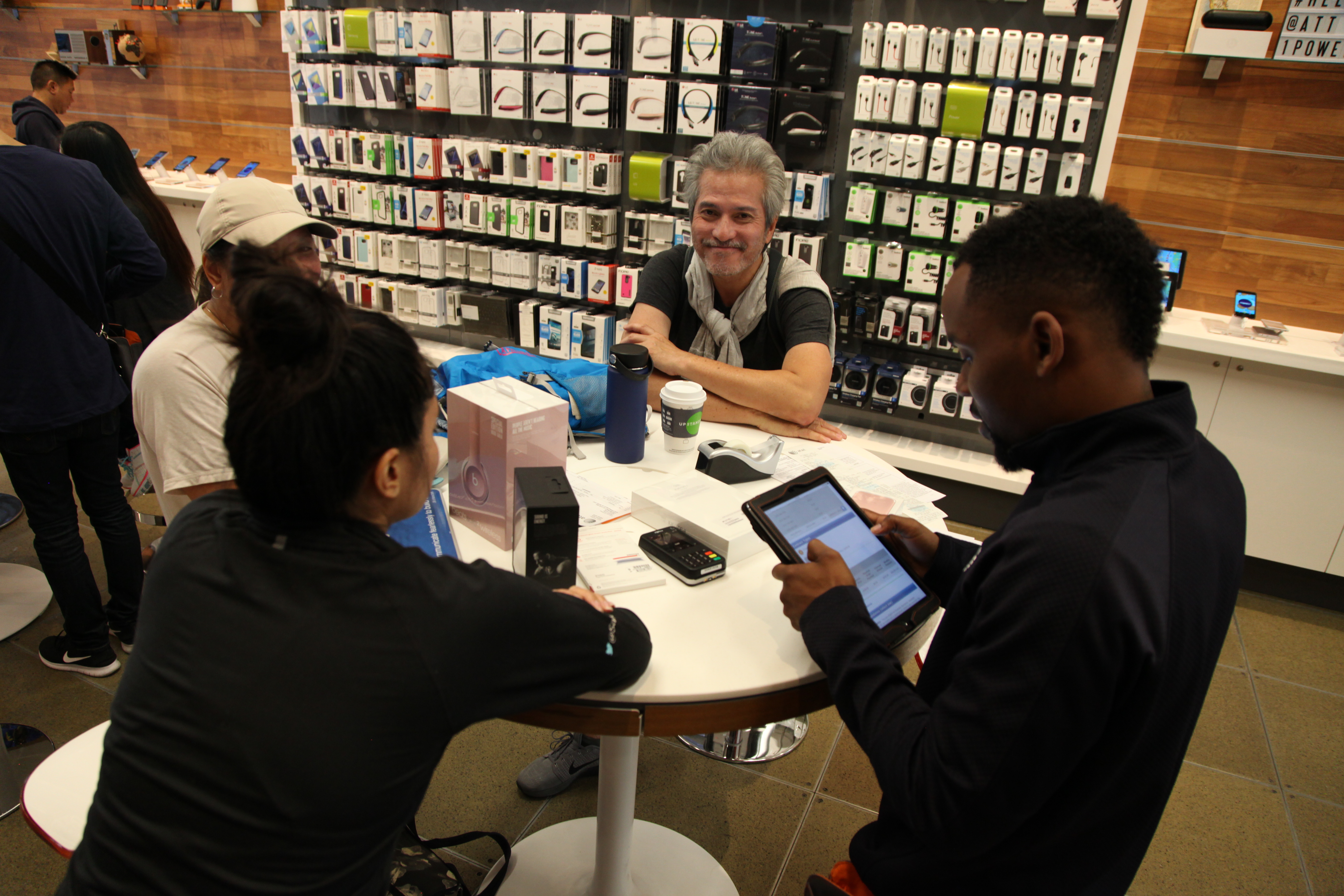 SAN FRANCISCO, CA – OCTOBER 07: An AT&T employee helps a customer set up her new device at the Grand Opening of the AT&T store at 1 Powell on October 7, 2016 in San Francisco, California. (Photo by Kelly Sullivan/Getty Images for MAC Presents)

This description “serves to further AT&T’s deception and scheme by suggesting that the Administrative Fee is tied to certain costs associated with AT&T providing wireless telephone services,” according to the lawsuit.  (RELATED: AT&T Paid $200K For ‘Insights’ On Trump)

If this description were accurate, it would “reinforce” the notion that this fee should be in the advertised monthly price “because those are basic costs of providing wireless service itself.”

The Administrative Fee started back in 2013 at an initial rate of $0.61 per month, and customers who were with AT&T before the fee were not notified that it would be added on to their monthly bill, according to the lawsuit.

The fee has increased three times since then. It increased two times over a three-month period in 2018. The current fee of $1.99 is more than 200% the original fee.

In 2018, a customer on AT&T’s “AT&T Community Forums” asked, “Were customers notified in advance that there was a 65% increase in the administrative fee (to defray certain expenses ATT incurs) this month?”

An AT&T Community Specialist responded to the customer saying she checked if “customers were informed about the increase” and she could not “verify one way or another.” (RELATED: AT&T Calls For Legislation Ending Net Neutrality Debate)

The lawsuit claims AT&T is in violation of California’s Consumer Legal Remedies Act and the plaintiffs “seek a public injunction to enjoin AT&T from its false advertising practice and to require AT&T to disclose to the consuming public, in advance, the true costs consumers will pay for its wireless services.”

In addition, the plaintiffs are looking “on behalf of themselves and a class of all similarly situated California consumers” for AT&T to pay for damages, restitution and legal cost.

Harris Law Firm, who are representing the AT&T customers, did not respond to a request for comment.