There’s no doubt that we’ll hear some truly radical things during the first Democratic presidential primary debates this week. Over the last two years, we’ve witnessed the Democrats wholeheartedly embrace a plethora of far-left extremist ideas. The only question will be which ones the candidates choose to profile during their limited allotments of time.

Fueled by their rabid hatred of President Trump, the Democrats’ descent into radicalism has coincided with the country’s ascent to prosperity. Democrat candidates have made their disdain for the president a cornerstone of their messaging, but when they’re not attacking the president, they’re advocating a dystopian progressive vision that strikes at the very foundations of American greatness.

Will they promote identity politics in an effort to turn Americans of different backgrounds against one another? Will they talk about giving government even more control over our daily lives and weekly paychecks? Will they extol the virtues of opening our borders to MS-13 criminals? 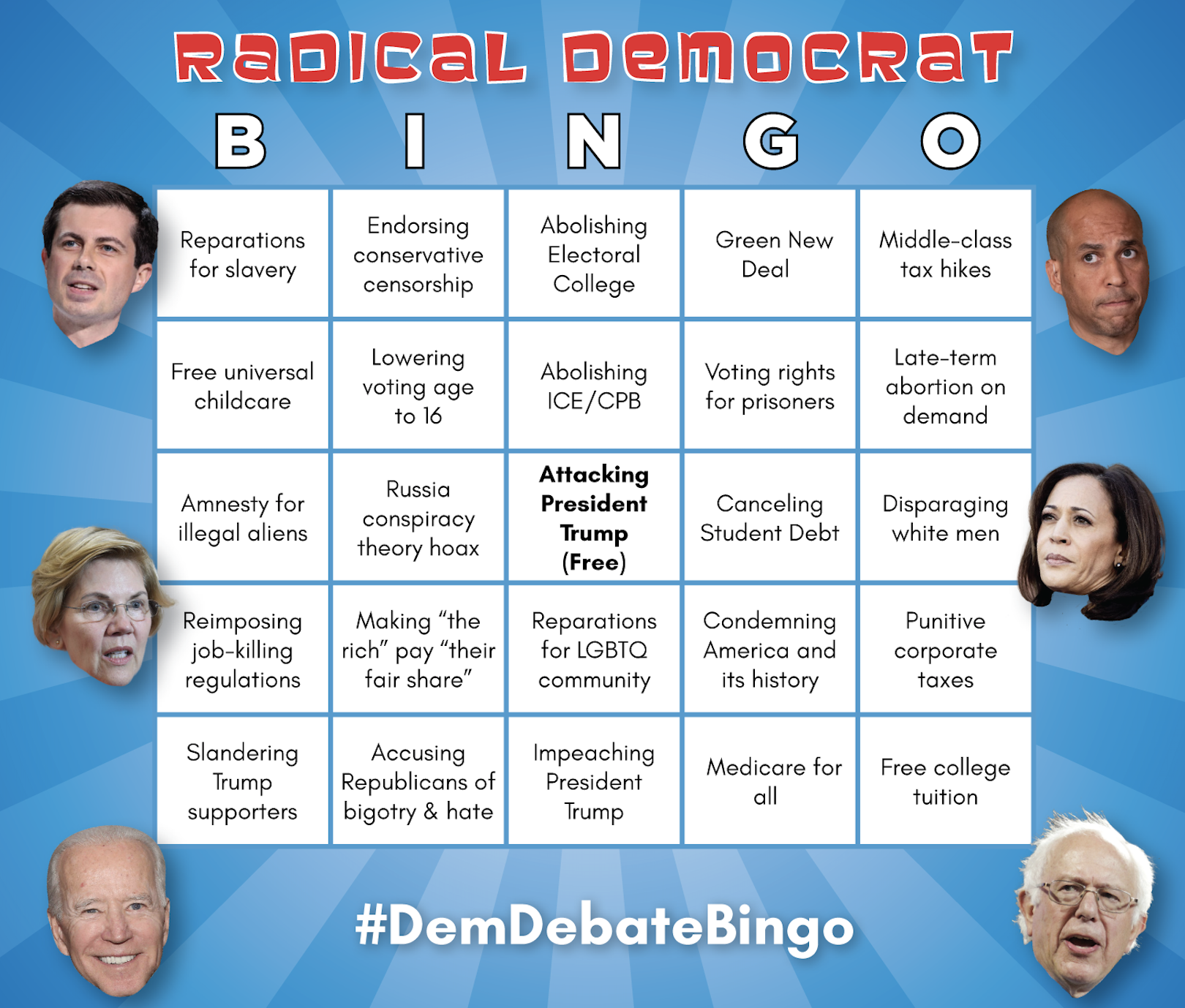 There’s no need to let their radical rhetoric stress you out, though. President Trump’s impressive record of achievements and the good sense of the American people will help to keep these extremist Democrats out of the White House for another four years. That means there’s no harm in making a game out of the Democratic primary debates, and “radical Democrat bingo” is a great option — everyone knows the rules, and enterprising players can make any number of variations to enhance the fun.

Since it’s a given that the Democrats will vent their Trump-hatred during the debates, that will be the “free” space. The rest will depend on how many unhinged ideas the Democrat candidates can rattle off before time expires.

The hysteria of this radical gang of wannabe presidents would make you cry if not for the alternative — an unmatched record of peace and prosperity led by President Trump.

Therefore, have fun during the debates. It won’t take long to be the first to yell “Radical Democrat BINGO!”

Harlan Hill is president of the Logan Circle Group and an advisory board member for the Trump-Pence 2020 reelection campaign.