Massachusetts Democratic Sen. Elizabeth Warren said Tuesday she would be in favor of decriminalizing illegal crossing of the U.S. border, the latest call for open borders by a 2020 presidential candidate.

Warren joins former Secretary of Housing and Urban Development under President Barack Obama and 2020 presidential candidate Julián Castro, who also believes immigration courts should be the only ones with legal control over immigration enforcement at the border, according to HuffPost.

“I agree with Secretary Castro,” Warren said in a statement to HuffPost. “We should not be criminalizing mamas and babies trying to flee violence at home or trying to build a better future. We must pass comprehensive immigration reform that is in line with our values, creates a pathway to citizenship for undocumented immigrants including our DREAMers, and protects our borders.” 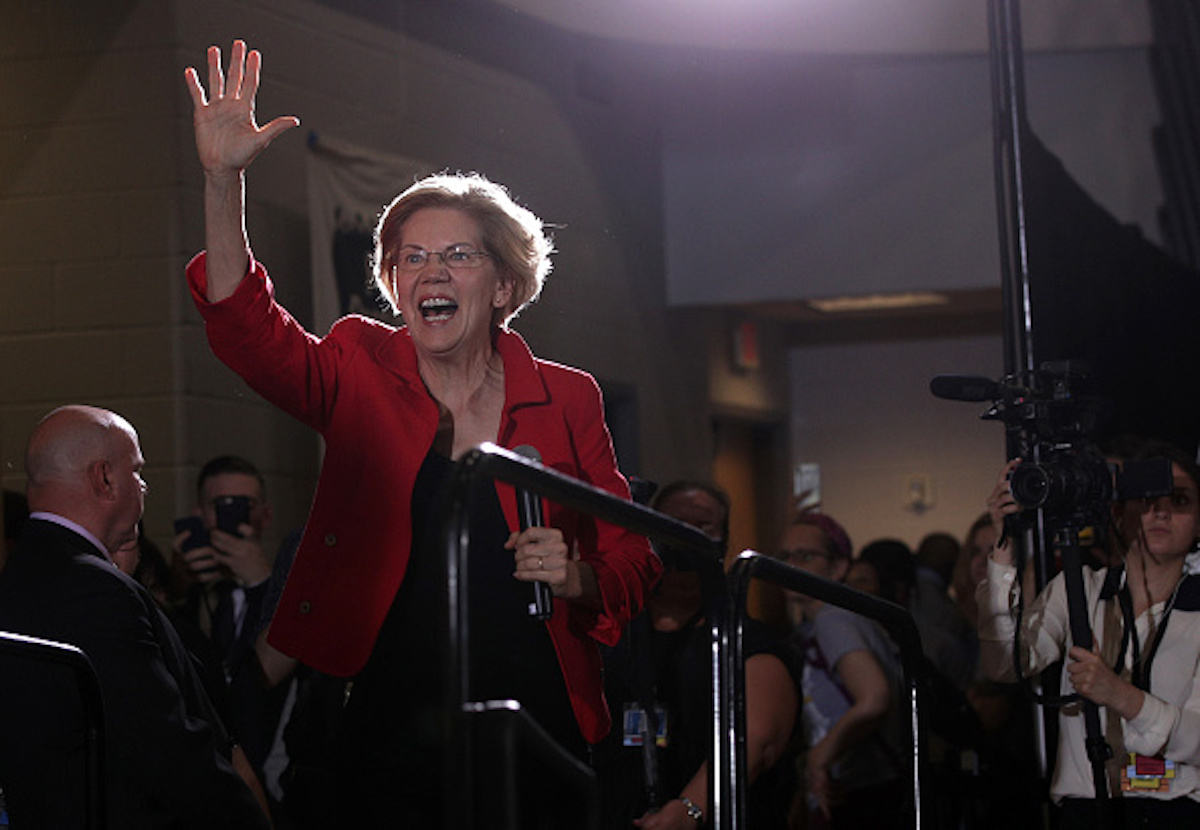 This all comes as apprehensions of immigrants have increased every month since January. There have also been over 100,000 encounters at the southern border in both March and April, putting the current border crisis on track to be the worst it has been in a decade. (RELATED: House Passes Mass Amnesty Bill Which Would Give Millions Of Illegal Immigrants A Path To Citizenship)

The House passed a vote on June 4 that would grant protection from deportation to illegal immigrants and give millions a path to permanent citizenship status.