House Democrats on Tuesday released a number of changes to a $4.5 billion immigration bill reportedly in hopes that more far-left Democrats will sign on.

After a meeting led by House Speaker Nancy Pelosi Monday night, Democrats reportedly came up with a list of changes, such as requiring Customs and Border Protection to create health standards for children and adults in custody, including nutrition and hygiene standards, The Hill reported. The Department of Homeland Security would also be required to provide translation services to migrants in shelters.

The new changes would also make it so that migrant children would spend less time at a shelter unless the Department of Health and Human Services contacts Congress saying there is not enough space, in which the migrant could not be transferred to another shelter until there is enough room.

This all comes as apprehensions of immigrants have increased every month since January. There have also been over 100,000 encounters at the southern border in both March and April, making it so the border crisis is on track to be the highest it has been in a decade. 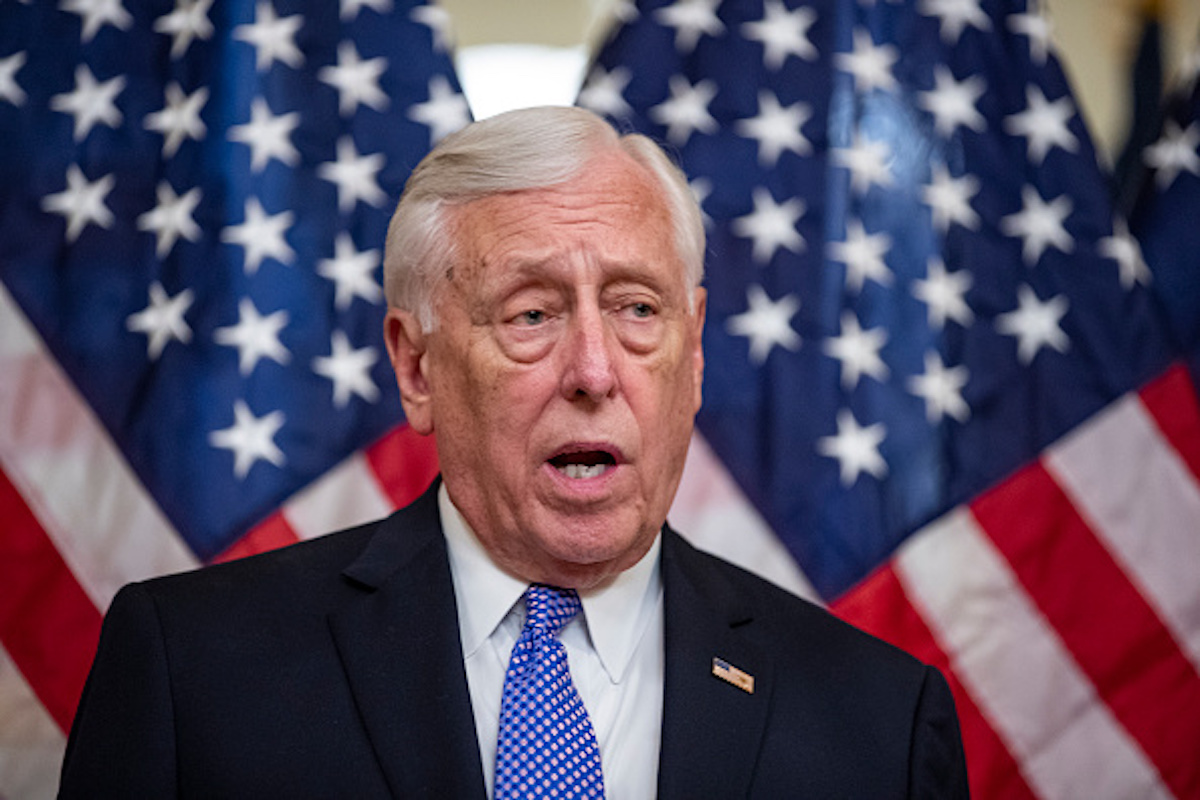 House Majority Leader Steny Hoyer, (D-MD) speaks during a bill enrollment ceremony for legislation ending U.S. involvement in the war in Yemen on April 9, 2019 in Washington, DC. President Donald Trump has said that he would veto the legislation if passed. (Photo by Alex Edelman/Getty Images)

However, Republicans are skeptical it will not include President Donald Trump’s request for an extra $4.5 billion to address the mass influx of migrants at the southern border.

When asked about Hoyer’s aide’s comments, Hice told TheDC, “I don’t know what those adjustments would be. I’ve not been in any conversation with Mr. Hoyer on that. But yeah, listen, no one party is going to be able to, alone, address this problem. We’ve got to be able to come to the table, together, deal with the problem, and address it. This atmosphere of hyper-partisanship is destructive not only to this issue but every other critical issue facing the country, so we’ve got to come to the table.”

“At some point, we have got to address what is happening on our Southern border. We have to. So, what’s it going to take to bring them to the table? I don’t know. I hope they would understand that we have a massive crisis there now, and that’s enough for them to come. That’s what we’re calling on them to do,” Hice continued.