House Majority Leader Steny Hoyer said Tuesday that the House will not be considering legislation that would give them all a pay raise.

Many members of Congress have been working on a way to give themselves a pay raise. The National Republican Congressional Committee (NRCC) criticized them, even after some top Republicans said they were considering backing the salary bump initiative.

The Daily Caller spoke with many Republicans in the House who all pushed back against a possible pay raise, saying Congress needs to do its job first before even considering a raise to their salaries. Democratic New York Rep. Alexandria Ocasio-Cortez has been pushing members to support it — saying the increase from $174,000 to $178,900 annually is “not even … a raise” — including top Republicans, such as House Minority Leader Kevin McCarthy.

McCarthy, House Minority Whip Steve Scalise and many Democrats support a $4,500 pay raise to the current rate of $174,000, according to Politico. However, the NRCC, one of the biggest fundraisers for Republicans in Congress pushed back, attacking Democrats in an email for suggesting that making “more than three times the average American’s salary, just isn’t enough.” 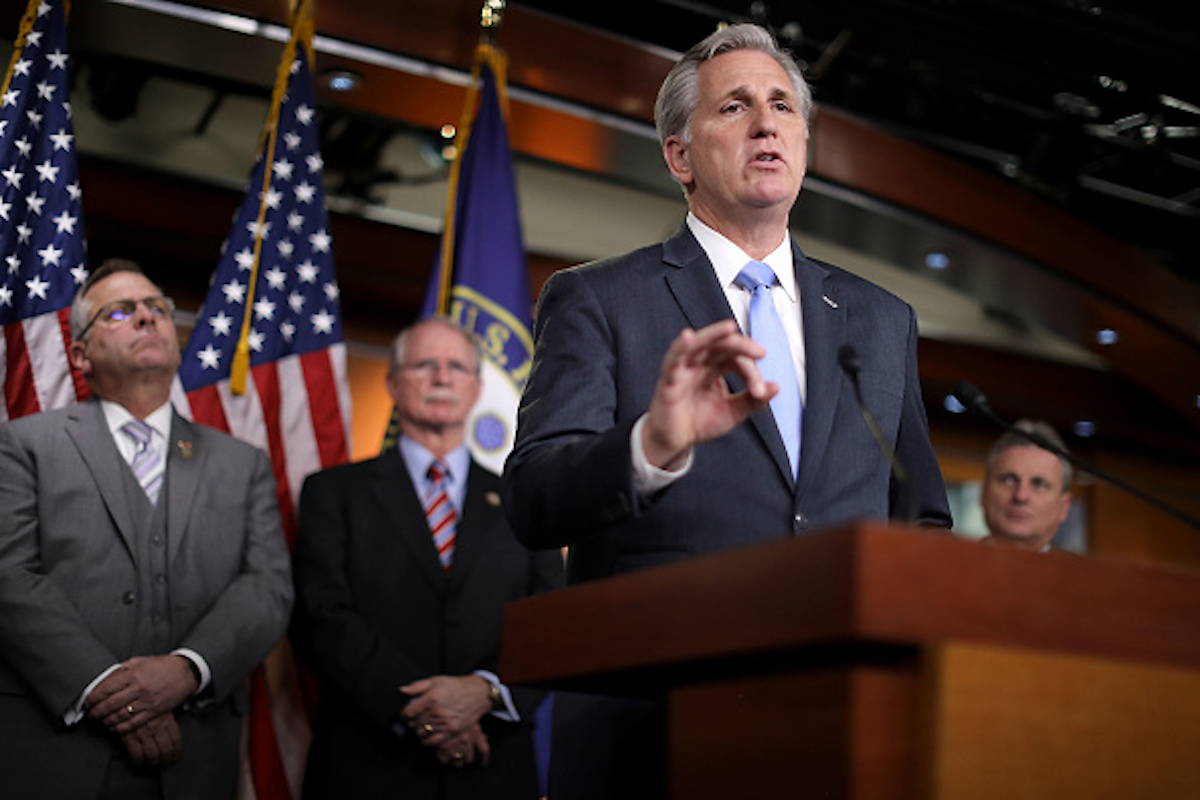 Republican North Carolina Rep. Mark Meadows told the Caller that until Congress passes legislation to address serious issues, such as the crisis at the border, then a raise should not even be considered. (RELATED: Here’s What Republicans In Congress Are Saying About Giving Themselves A Raise)

“How about this: when Congress does its job and provides resources and border security to address the obvious crisis going on at our southern border, then we can debate a pay raise. Tie the issue to performance on our basic responsibilities,” Meadows said. “Until then, it shouldn’t be discussed.”

Congressional salaries have not gone up from $174,000 since 2009. Lawmakers are set to receive a $4,500 raise in January, which is an increase of 2.6 percent unless they vote to freeze the pay.

The pay increase for members of Congress would also mean staffers would most likely receive a raise, as members are responsible for paying their staff. The median pay for a staffer on Capitol Hill is currently $54,640.

1
DOJ Concedes That Two Of Its Carter Page FISA Orders Were 'Not Valid'
Politics
2
Dad Confronts Warren On Student Loan Forgiveness: 'Can I Have My Money Back?'
Politics
3
Republican Senators Are Literally Playing With Kids’ Toys During The Impeachment Trial
Politics
4
German Authorities Find ‘Weapons Of War’ During Raid Near Radical Mosque
World
5
Lindsey Graham Wants To Know 'How Hunter Biden Got Rich' In Ukraine
Politics