2020 presidential candidate Andrew Yang said he will give $1,000-per-month for 12 months to one lucky Twitter user who follows him by July 4.

The giveaway replicates the entrepreneur’s most popular campaign promise of a universal basic income, or “Freedom Dividend,” which proposes $1,000-per-month every 12 months for all American citizen over the age of 18. (RELATED: Meet 2020 Candidate Andrew Yang And His Top 5 Campaign Points)

I will give $1,000/mo for the next 12 months FREE to someone who retweets this and follows me by July 4th,” Yang wrote on Twitter. “Let’s show why money is the answer & why this is the campaign for people. No purchase necessary. US citizens only.”

I will give $1,000/mo for the next 12 months FREE to someone who retweets this and follows me by July 4th Let’s show why money is the answer & why this is the campaign for people. No purchase necessary. US citizens only. https://t.co/ie7DMHJ86X

The purpose of providing a UBI to every American adult, according to his website, is to “avoid an unprecedented crisis” triggered by technological developments — particularly artificial intelligence — that would put “one in every three American workers are at risk of losing their jobs.”

The plan will be funded “by consolidating some welfare programs and implementing a Value-Added Tax (VAT) of 10%” to the production of goods and services.

“Current welfare and social program beneficiaries would be given a choice between their current benefits or $1,000 cash unconditionally – most would prefer cash with no restriction,” his plan adds. (RELATED: 2020 Contenders: Who’s In, Who’s Out And Who’s On The Fence)

Americans “would save $100 – 200+ billion as people would take better care of themselves and avoid the emergency room, jail, and the street and would generally be more functional.” 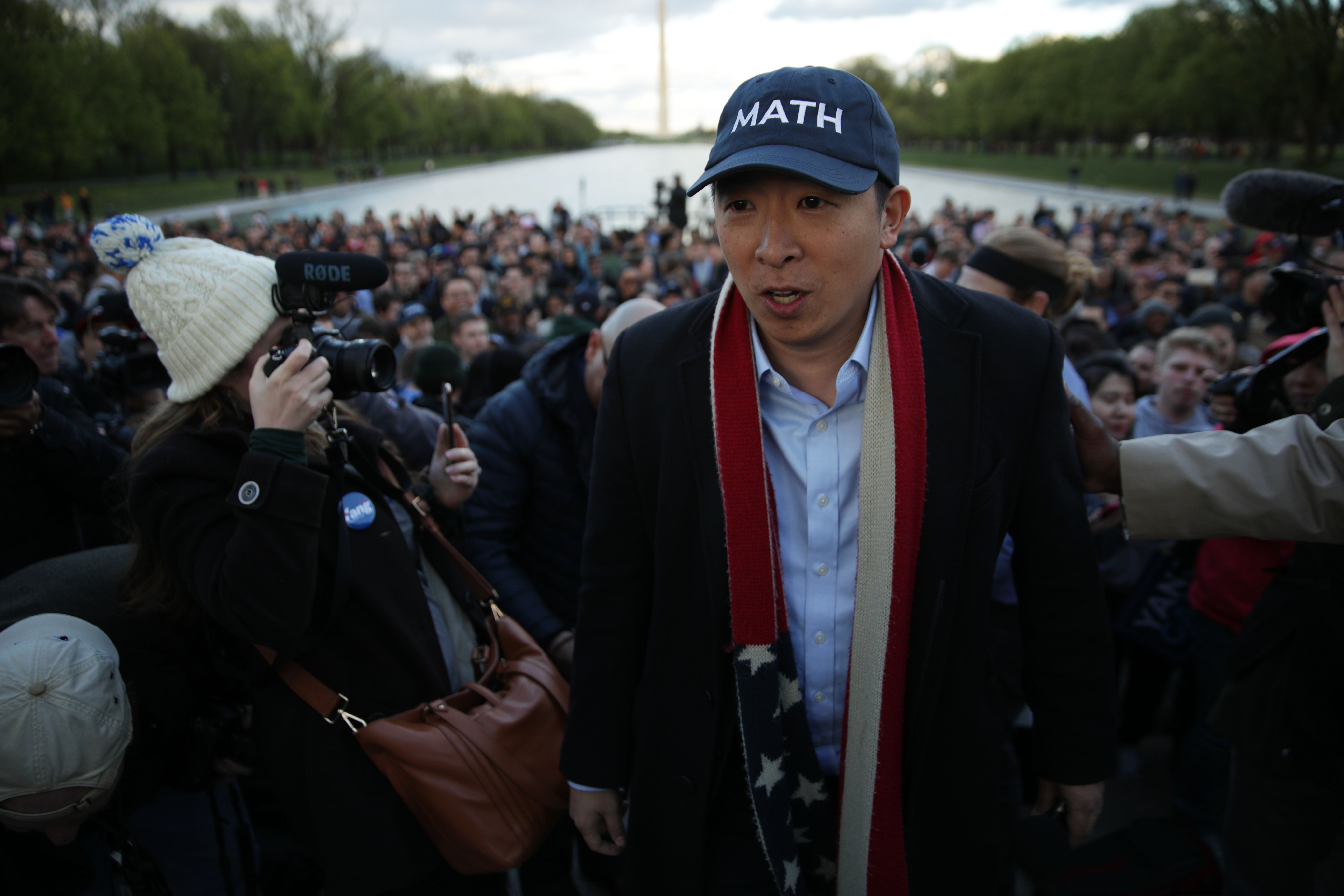 Alaska is one example of a state that has successfully implemented a similar law. The Alaska Permanent Fund (APF) uses money from a $60.1 billion state fund through the state’s oil and mineral leases to give an annual stipend to residents. The stipend has reached $2,072-per-person or $8,288 for a family of four.

“Although theory and some prior estimates suggest that the individual-level labor supply response to positive income shocks leads to reductions in both the probability of being employed and hours worked” the study reads, “our results show that adverse labor market effects are limited, and … a universal and unconditional cash transfer does not significantly reduce aggregate employment.”

Yang has qualified for the first Democratic presidential debate after receiving both thresholds of receiving donations from at least 65,000 unique donors and at least 1% support in three polls approved by the Democratic National Committee.