The first 10 Democratic primary candidates took the stage for the first round of 2020 debates Wednesday, and Google searches spiked with one question.

During the first hour of the debate, searches for former Secretary of Housing and Development Julian Castro’s height peaked, according to Google Trends.

Google Trends provides data on the popularity of certain search terms in the form of a line graph, with the highest point of each line represents peak popularity for a given term. 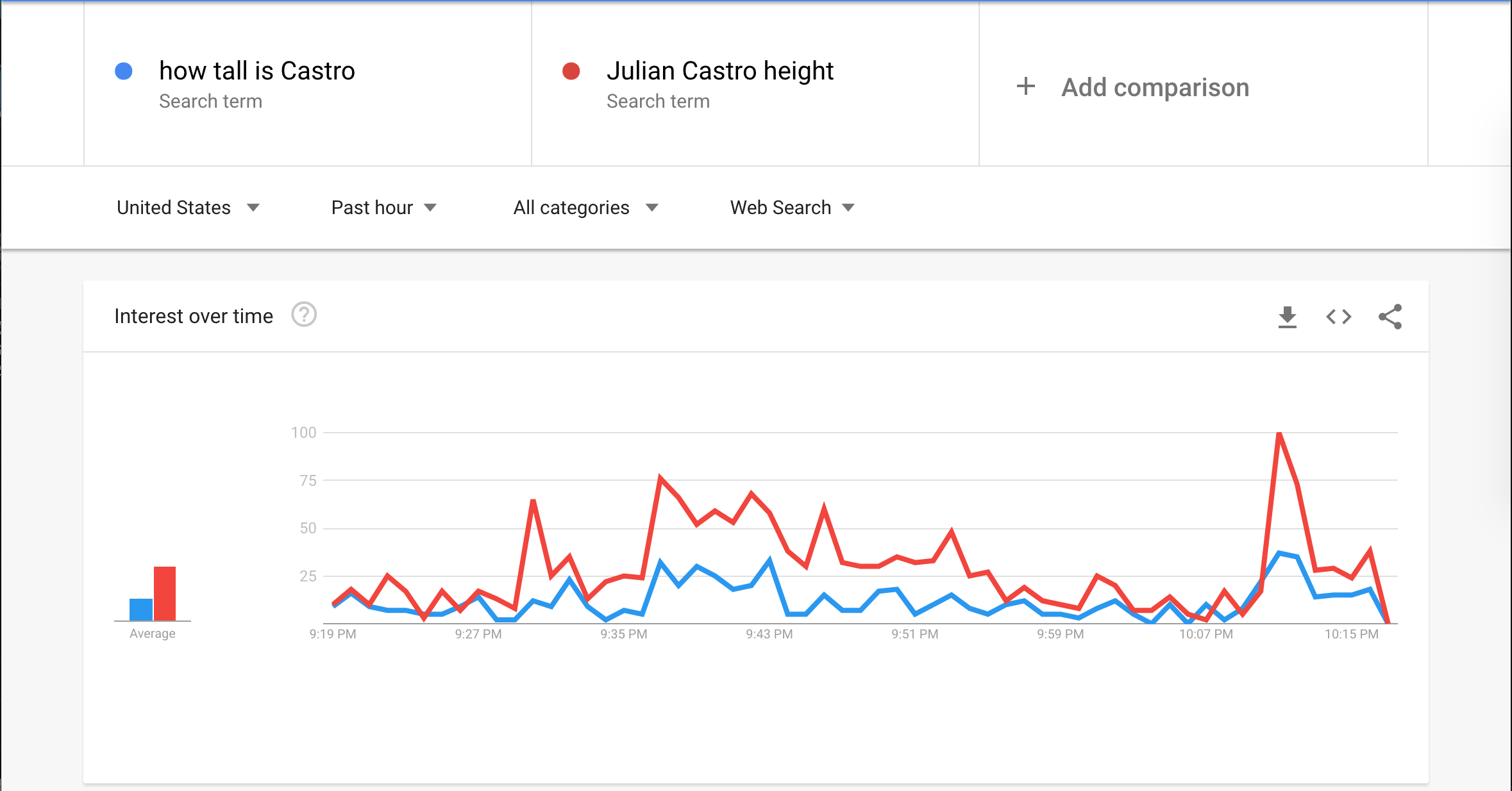 Washington, D.C., had the most voters interested in Castro’s stature. Texas, California, Florida and New York were also responsible for an unusually high volume of searches.

The height of this presidential hopeful is not readily available. However, Castro is probably not that short, judging from this photo of him with Sen. Elizabeth Warren, who stands at 5’8”. 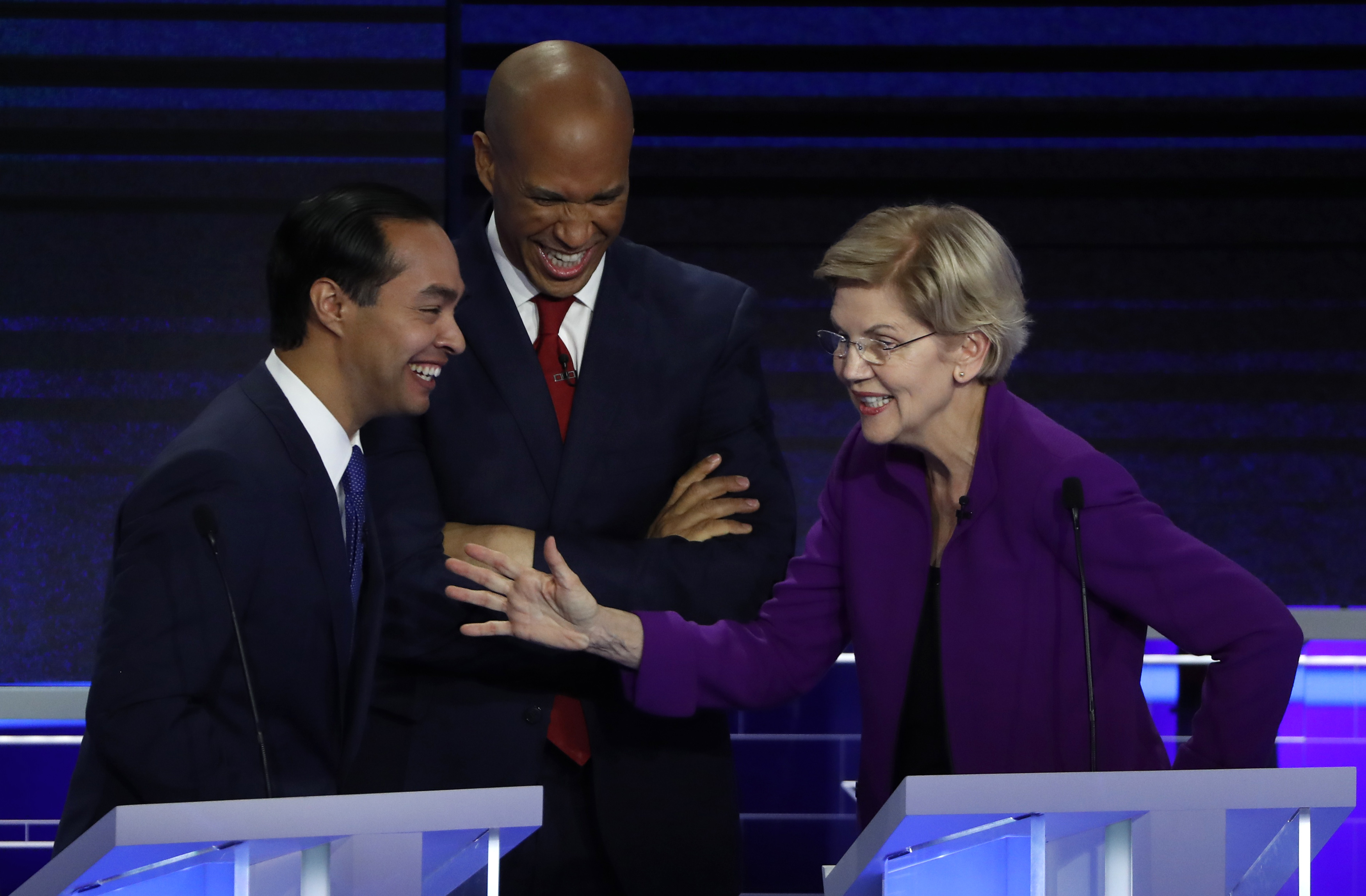 Searches for the names of several other Democratic candidates trended across Google and social media as as well over the course of the evening.