Wyoming Republican Rep. Liz Cheney spoke out against a House amendment that seeks to limit the president’s authority to militarily engage with Iran.

“This amendment is unconstitutional, harmful to American security, and sends a dangerous message about American resolve. Congress should never limit the President’s ability to defend our nation. This effort is especially dangerous as Iran continues to escalate its hostile behavior against the U.S. and its interests,” Cheney, the House GOP conference chair, said in a Wednesday statement.

Her comments were in response to the introduction of an amendment that seeks to block funding for military action against Iran unless Congress has declared war or given some other explicit authorization. The National Defense Authorization Act, introduced by two members in the House Armed Services Committee, is being offered during a time of escalated tensions with Iran.

The Trump administration was prepared to execute a military strike against the country in retaliation for its government shooting down a U.S. drone over international waters on June 20. However, President Donald Trump called the strike off, believing the action would be too harsh of a response.

A group of House lawmakers — including Democratic Reps. Alexandria Ocasio-Cortez of New York and Seth Moulton of Massachusetts — has come out in support of the National Defense Authorization Act in order to rein in the president’s authority. In what has made for an eyebrow-raising pair, Florida Republican Rep. Matt Gaetz came out as a co-sponsor of the bill alongside California Democratic Rep. Ro Khanna.

“This amendment affirms what President Trump knows and believes: unfocused, unconstitutional, unending wars in the Middle East make America weaker, not stronger,” Gaetz said in a statement Tuesday. “Iran must be prevented from obtaining a nuclear weapon and threatening international peace, but Congress must resolve to ensure that any military action is carried out Constitutionally.” 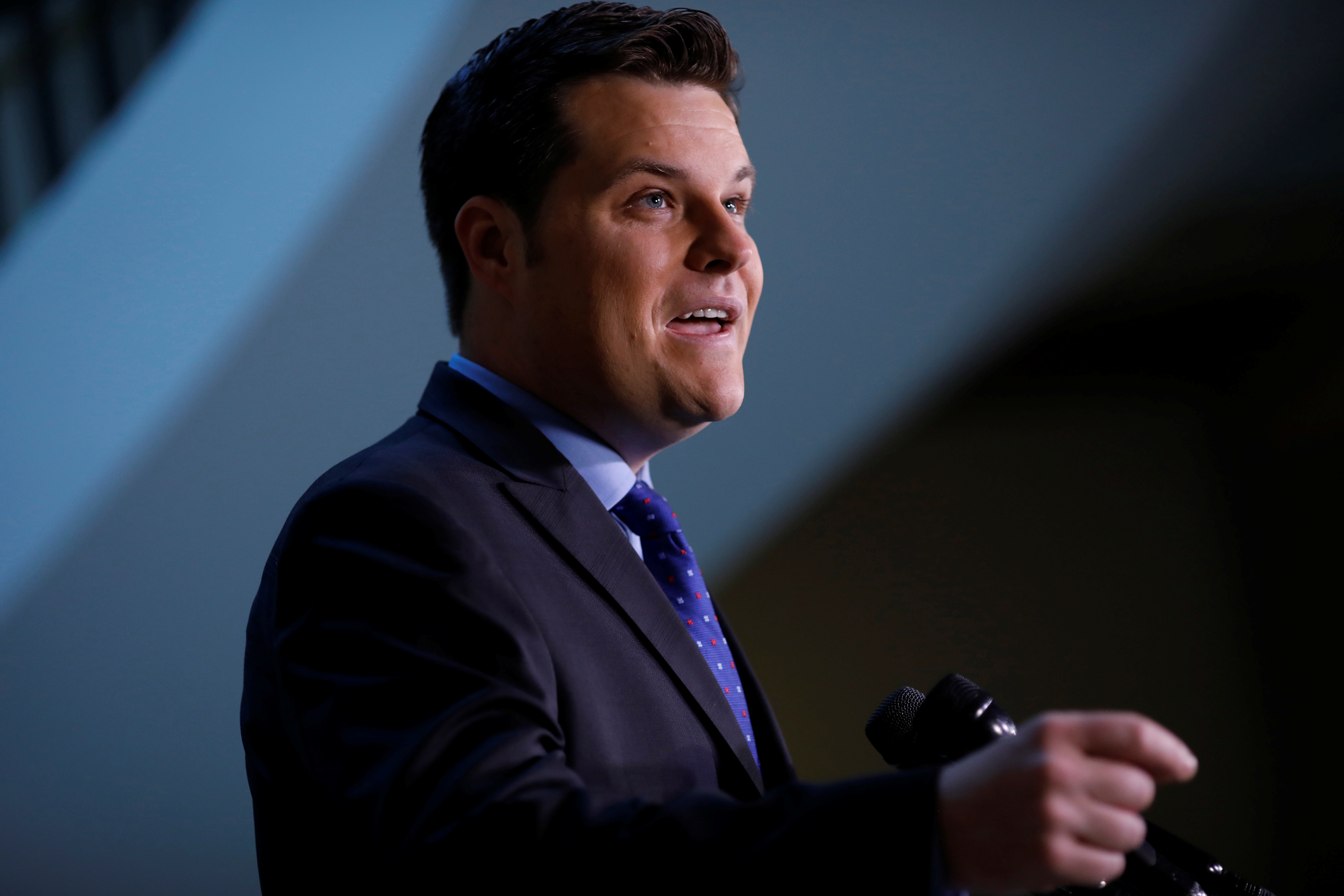 Rep. Matt Gaetz speaks with the media about the memo released by the House Intelligence Committee in Washington, U.S., Feb. 2, 2018. REUTERS/Aaron P. Bernstein

However, Trump has maintained he does not need congressional authority to strike Iran.

“I disagree, most people seem to disagree but I do like keeping them … they have ideas, they’re intelligent people, they come up with some thoughts,” the president told reporters Monday after meeting with lawmakers about the issue. “I do like keeping them abreast, but I don’t have to do it legally.” (RELATED: ‘This Isn’t Model Congress’: Liz Cheney Blasts Ocasio-Cortez Over Holocaust Comparisons)

The situation comes as an oddity for Gaetz, who has long pivoted himself as a close ally of the Trump White House. Despite Trump’s opposition to limiting his authority, Gaetz on Wednesday attempted to brand the amendment as part of an “America First” concept.