The National Rifle Association (NRA) announced Tuesday that it is closing NRATV as part of the split from its longtime marketing partner Ackerman McQueen.

The move comes after months of public feuding and litigation between the NRA and Ackerman, which operates the gun-group’s live television broadcast network and employs its on-air talent including Dana Loesch, the New York Times reported.

“Many members expressed concern about the messaging on NRATV becoming too far removed from our core mission: defending the Second Amendment,” said CEO Wayne LaPierre in a statement to members.

“So, after careful consideration, I am announcing that starting today, we are undergoing a significant change in our communications strategy. We are no longer airing ‘live TV’ programming.” 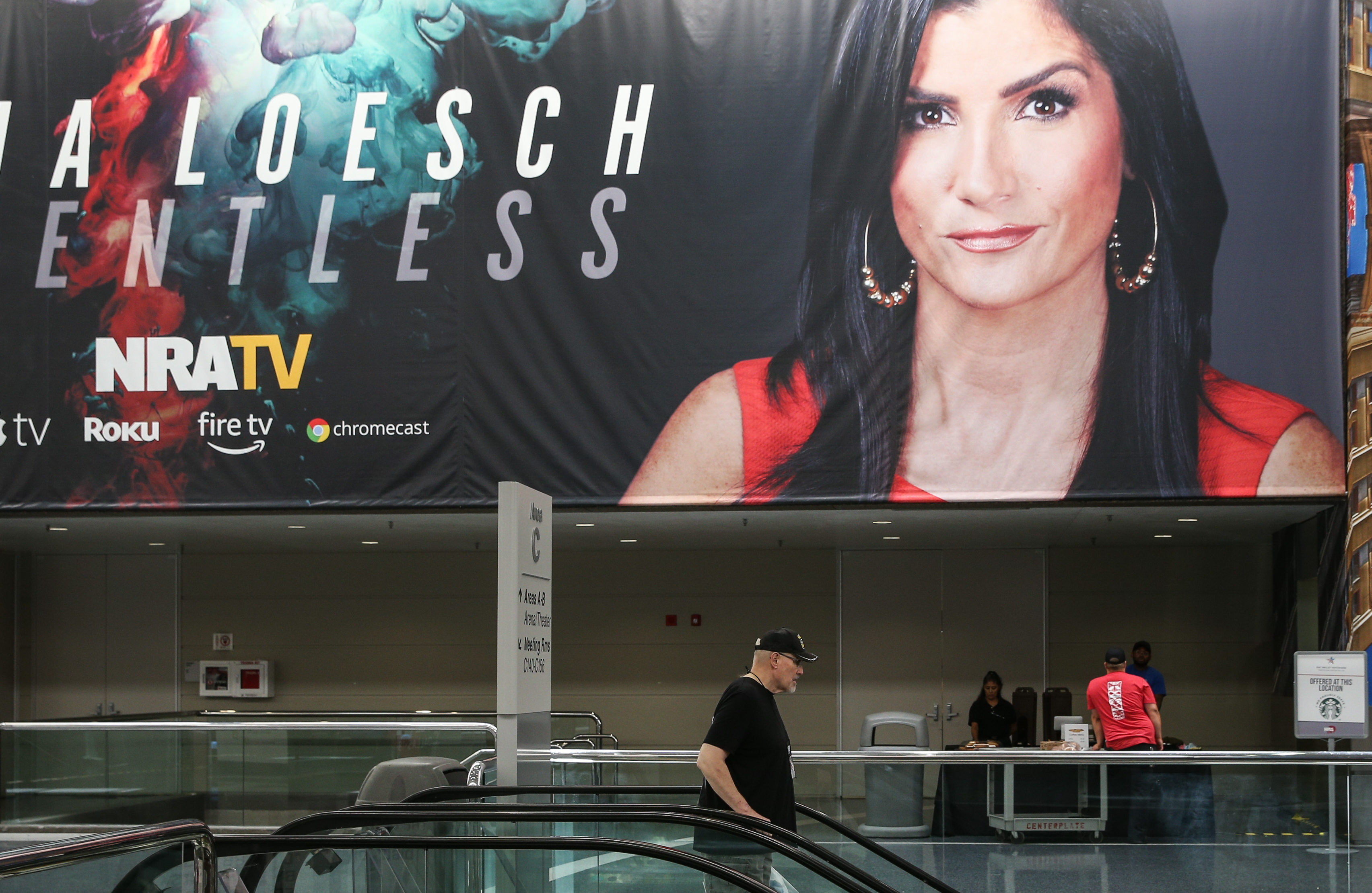 A photo of National Rifle Association spokesperson Dana Loesch decorates a wall at the Kay Bailey Hutchison Convention Center during the NRA’s annual convention May 6, 2018 in Dallas, Texas. (Photo by LOREN ELLIOTT/AFP/Getty Images)

While the network will continue to air previous content, it will no longer broadcast live programming. No statements have been released about the future employment of its on-air NRA spokespeople, including Loesch.

“When given the opportunity to do the right thing, the NRA once again has taken action that we believe is intended to harm our company even at the expense of the NRA itself,” said Ackerman McQueen in a statement obtained by the Daily Caller News Foundation.

“Ackerman McQueen will continue to fight against the NRA’s repeated violations of its agreement with our company with every legal remedy available to us, but we will always be proud of the work that we completed during our 38-year relationship.”

Relations between the two have been contentious over the past few months, with lawsuits going back and forth over billing issues and accusations of executive sabotage. (RELATED: NRA Sues Ad Agency For Second Time, Claims Firm Orchestrated ‘Executive Coup’)

The news also comes on the heels of the NRA’s recent suspension of chief lobbyist Chris Cox, after alleging that he participated in a coup attempt against CEO Wayne LaPierre. The claims were disclosed in a lawsuit the gun group filed against former president Oliver North in response to his alleged attempts to collect legal fees. (RELATED: NRA Suspends Chris Cox, Alleges He Took Part In ‘Coup’ Attempt. He Says Claims Against Him Are ‘Patently False’)

Much of the feuding and controversy started after rumors of financial mismanagement were revealed in a detailed New Yorker article April 17 that described LaPierre’s large expense requirements as well as the group’s considerable legal tab. (RELATED: Col. Allen West Goes After NRA: CEO LaPierre Should Resign, President Meadows Is ‘A Liar’)