San Francisco is also home to the headquarters of Juul, the dominant e-cigarette company in the U.S.

“We spent the ’90s battling Big Tobacco and now we see the new form in e-cigarettes,” Supervisor Shamann Walton, who co-authored the bill, said according to The San Francisco Chronicle. “I’m not going to put the profits of Big Tobacco over the health of young people.” (RELATED: Juul To Cooperate With Congressional Investigation)

Neither Juul nor local business owners are fans of the proposition, which would end e-cigarette sales in stores as well as online package deliveries until the Food and Drug Administration reviews the safety of vaping. Juul has given $500,000 to the Coalition for Reasonable Vaping Regulation to bring the issues to voters as a ballot measure in November, reported NBC News. 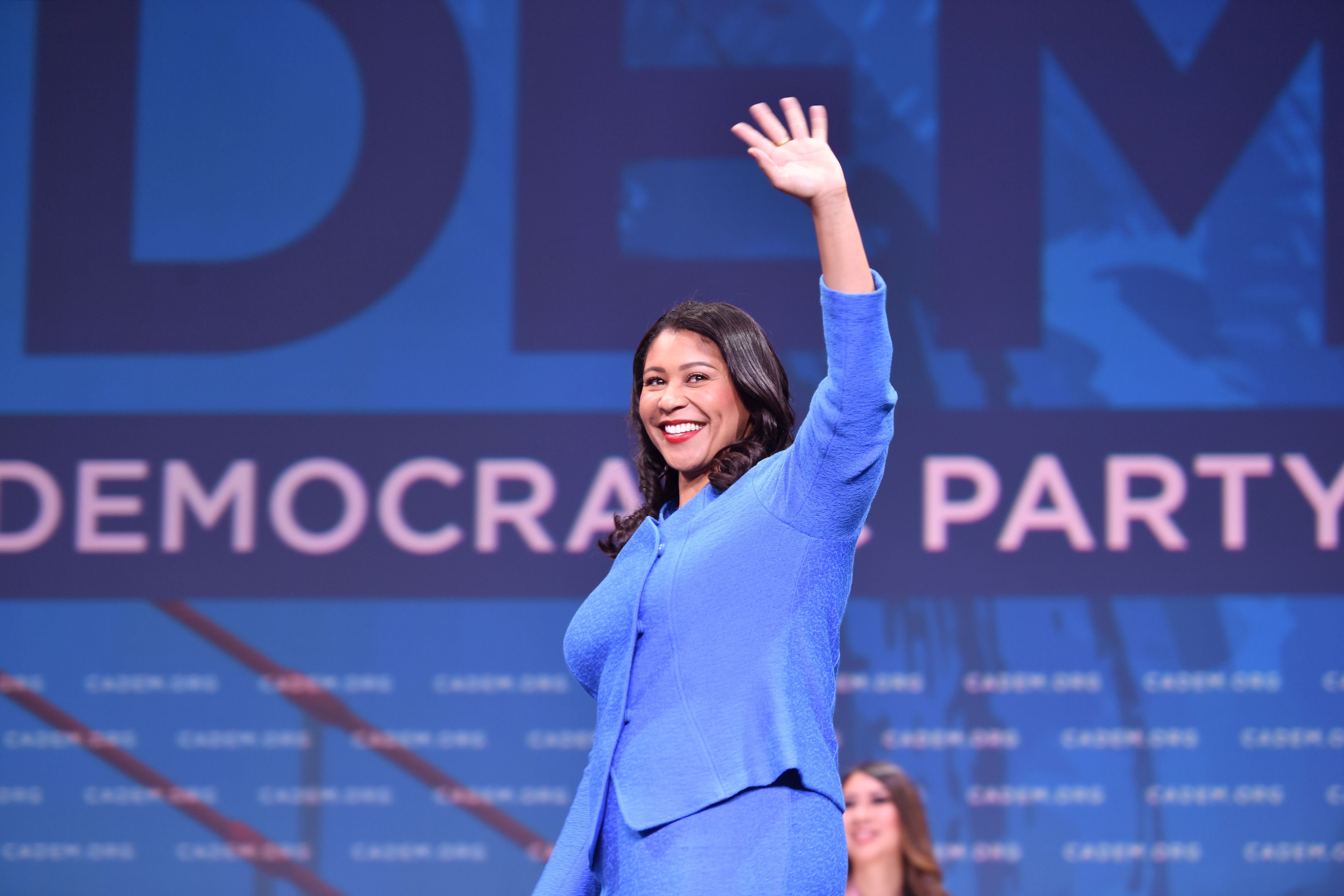 Mayor of San Francisco London Breed waves as she takes the stage during the 2019 California Democratic Party State Convention at Moscone Center in San Francisco on June 1, 2019. (JOSH EDELSON/AFP/Getty Images)

The ban will go into effect 30 days after Mayor London Breed signs the legislation.

“We share the Board of Supervisors’ goal to keep tobacco and vapor products out of the hands of anyone under 21, which is why we have already taken the most aggressive actions in the industry. … But the prohibition of vapor products for all adults in San Francisco will not effectively address underage use and will leave cigarettes on shelves as the only choice for adult smokers, even though they kill 40,000 Californians every year,” Juul told the Daily Caller News Foundation in a statement last week.

“I’m outraged,” Carlos Solorzano, CEO of the Hispanic Chambers of Commerce of San Francisco, said according to The San Francisco Chronicle. “They have no idea how this is going to impact small businesses and our employees. We’re going to oppose it as strongly as we can. They can’t take away a right to choose for adults who want to buy legally.” 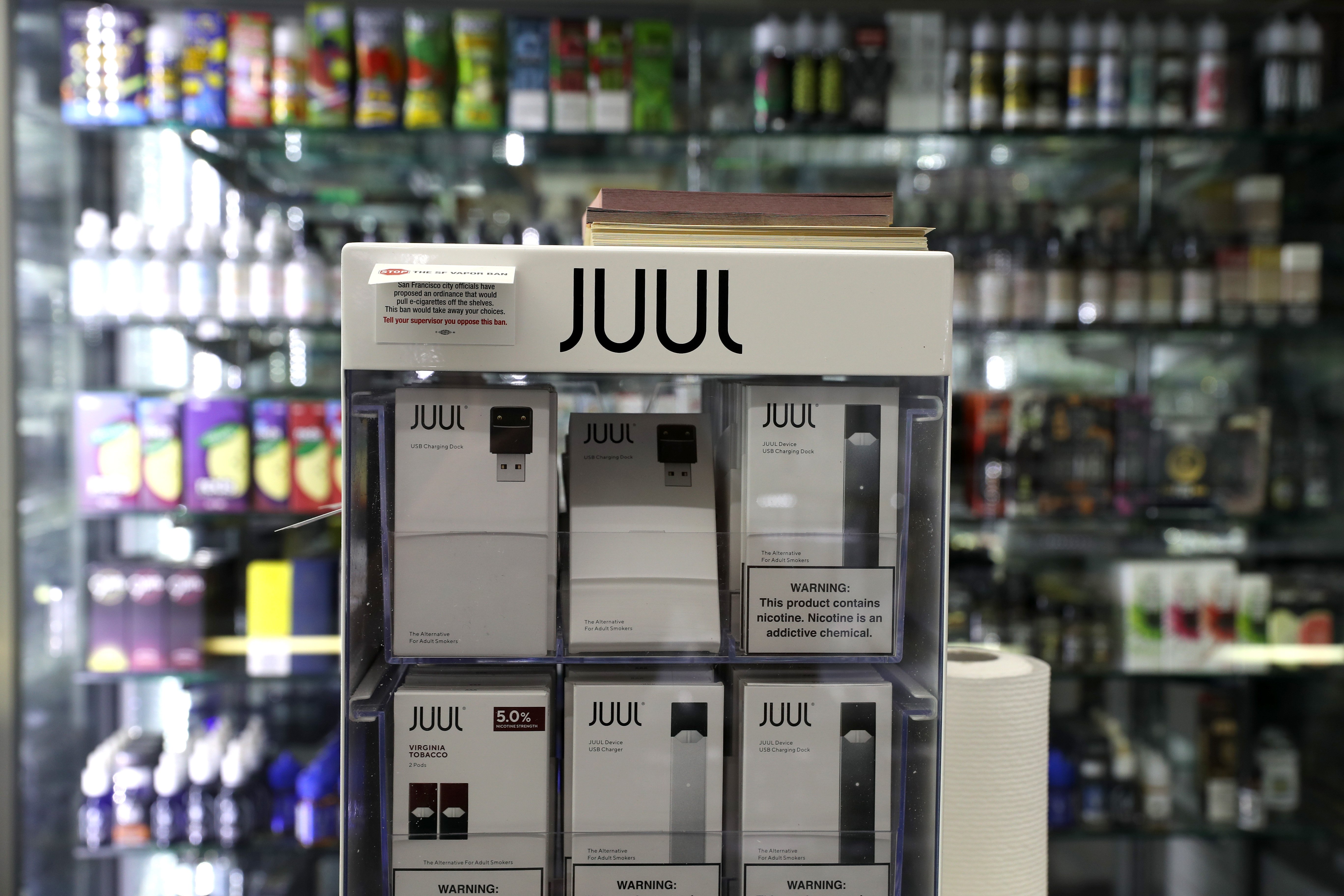 E-Cigarettes made by Juul are displayed at Smoke and Gift Shop on June 25, 2019 in San Francisco, California.
(Photo by Justin Sullivan/Getty Images)

The board also wants to pass a measure prohibiting the sale, manufacturing and distribution of e-cigarettes on city property, which could affect Juul’s head office on Pier 70, a city-owned property. Juul argues that the company only conducts research and product development at the site, reported The San Francisco Chronicle.

Meanwhile, San Francisco continues to grapple with a serious drug addiction problem among residents, and the city’s Health Department estimated in January that there are more drug addicts than high school students within its city limits. Heroin and meth are the most commonly used hard drugs.

The city’s crackdown comes after Juul said it plans to cooperate with a House subcommittee’s investigation into its activities, including advertisements that critics say were aimed at teenagers.

The country appears to be moving toward a 21-plus policy for tobacco products. On the corporate level, there is the example of Walmart, which decided in May to stop selling fruit-flavored e-cigarettes and will only sell tobacco products to customers aged 21 and over.

More than 3.6 million middle and high school students used e-cigarettes in 2018, a “dramatic” uptick that ended years of decline in overall youth nicotine use, the FDA published in a survey in November.

The mayor’s office did not immediately respond to the Daily Caller News Foundation’s request for comment.