President Donald Trump said Wednesday that Google should be sued for allegedly rigging the 2020 election in favor of the Democratic Party.

“But I tell you what, they should be sued,” Trump said during a Fox Business interview, referring to a Google executive who was caught in an undercover video suggesting the company is looking for ways to prevent “the next Trump situation.”

“Let me tell you, they’re trying to rig the election. That’s what we should be looking at, not the witch hunt, the phony witch hunt which has proven zero,” the president said in the Fox Business interview. “It’s not even like, ‘Gee, let’s lean Democrat.'” 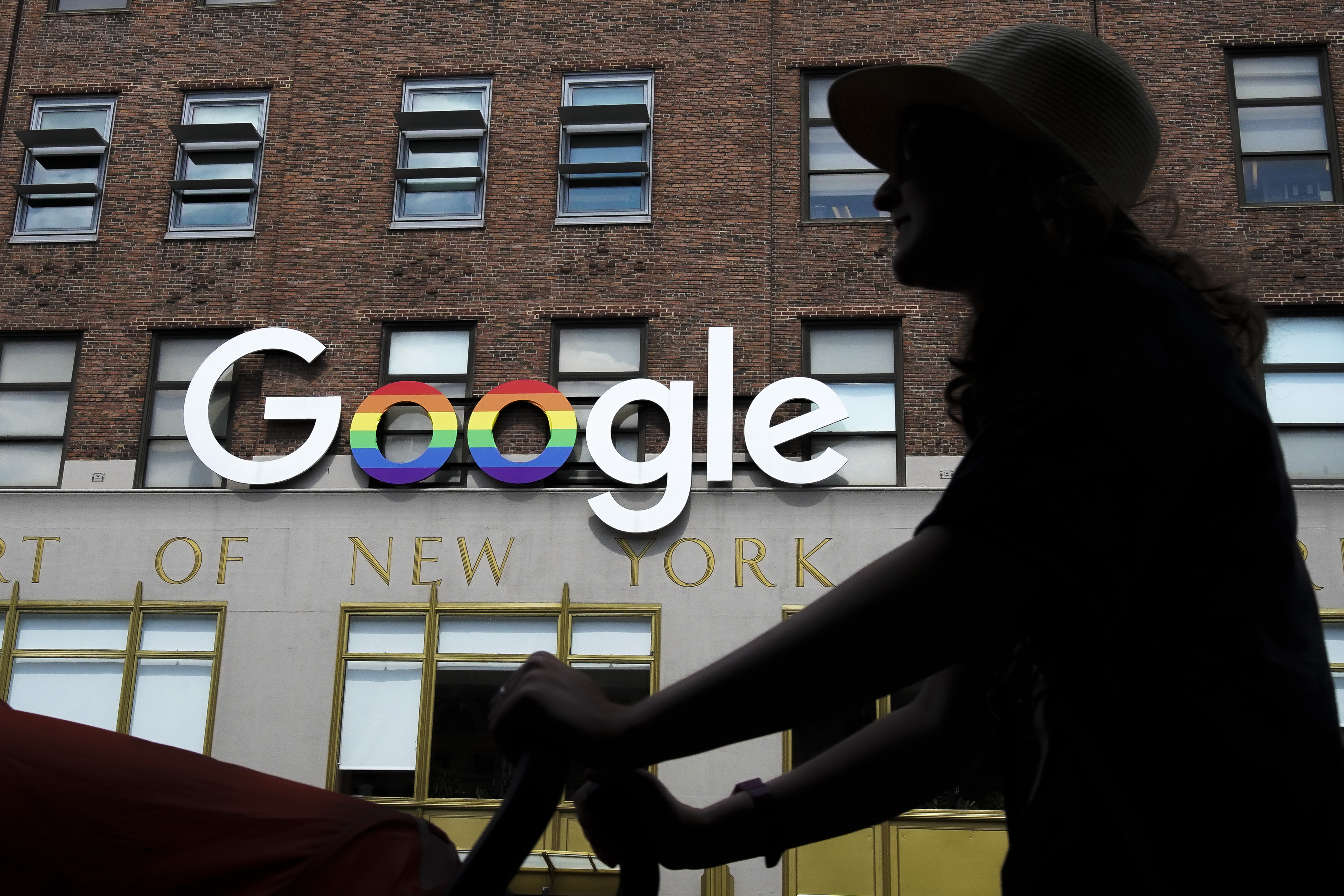 The Google logo adorns the outside of their NYC office Google Building 8510 at 85 10th Ave on June 3, 2019 in New York City.  (Photo by Drew Angerer/Getty Images)

Trump added: “The hatred! And actually, you know, I heard that all during my election. It’s hard that I won. They were swamping us with negative stuff.”

The president was referring to a report Monday from Project Veritas showing veteran Google employee Jen Gennai in a video appearing to suggest her company is working on interfering in the election. She said in a Medium post Monday that she was referring to ways Google can wipe out misinformation online.