President Donald Trump responded Wednesday to the furor over a devastating photo of a migrant father and daughter who drowned in the Rio Grande trying to reach the U.S.

“I hate it. I know it could stop immediately if the Democrats changed the law. They have to change the laws. That father, who probably was this wonderful guy, with his daughter, things like that wouldn’t happen. Because that journey across that river, that journey across that river is a very dangerous journey,” Trump told reporters Wednesday afternoon.

The New York Times featured the photo at the top of its front page Wednesday. It shows the bodies of Oscar Alberto Martinez Ramirez and his 23-month old daughter, Valeria, reported The Associated Press. Martinez grew frustrated with the asylum process in Mexico and took Valeria across the river, reported Julia Le Duc of Mexican newspaper La Jornada according to the AP. (RELATED: Highlights Magazine Condemns Family Separation At The Border Even Though Trump Ended Policy In 2018)

The president also thanked Mexico for cutting the influx of Central American migrants toward the U.S. border. 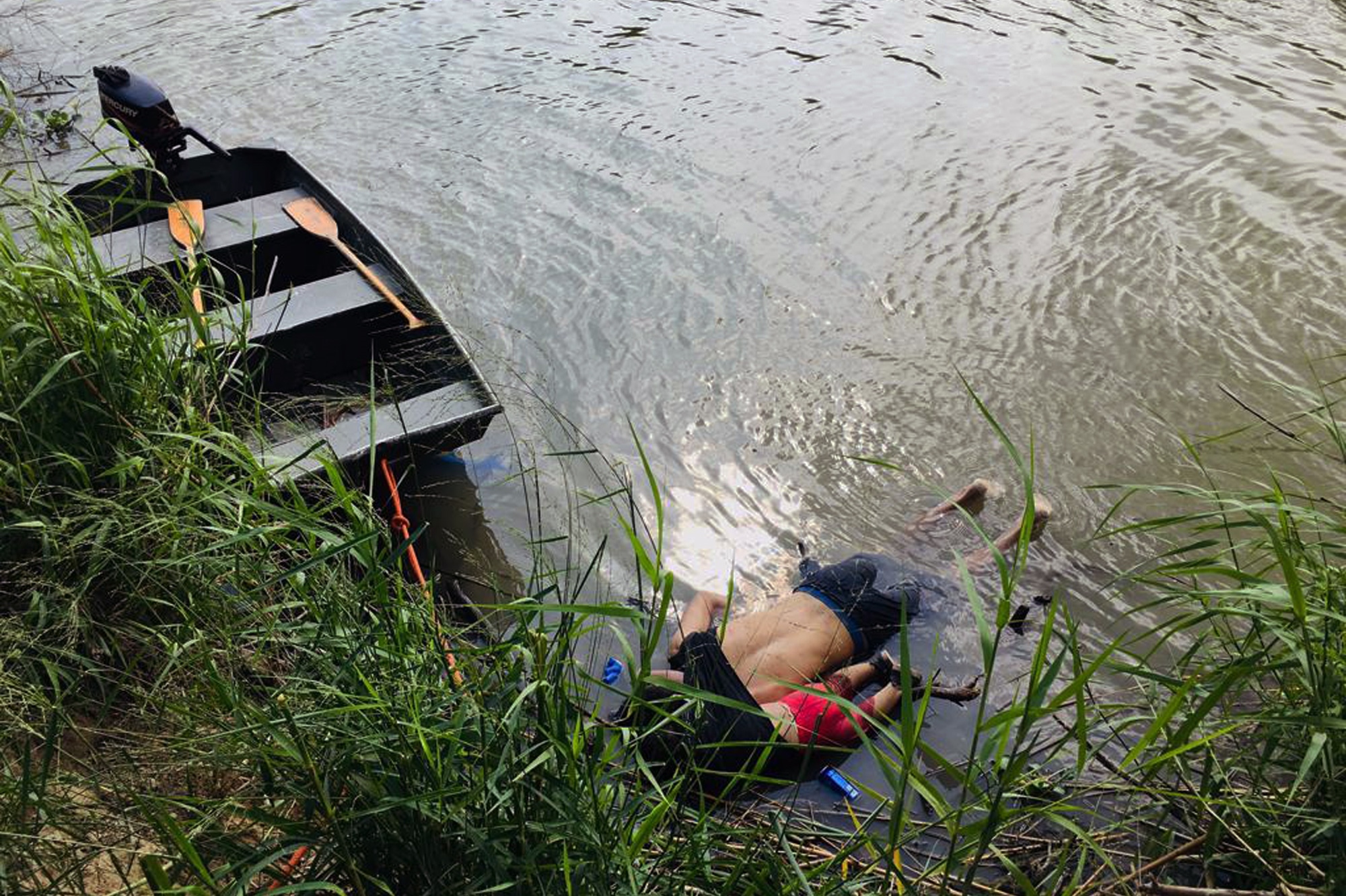 View of the bodies of Salvadoran migrant Oscar Martinez Ramirez and his daughter, who drowned while trying to cross the Rio Grande  — on their way to the U.S. — in Matamoros, state of Tamaulipas on June 24, 2019. (STR/AFP/Getty Images)

The photo shows a tragedy that’s part of a much larger humanitarian crisis at the border, which prompted the House to pass a $4.5 billion immigration package Tuesday aiming to improve conditions.