German Chancellor Angela Merkel was recorded having her second shaking episode in a week and half during a ceremony in Berlin Thursday.

Merkel’s spokesman Steffen Seibert said that “everything is going ahead as planned. The chancellor is fine,” reported The Associated Press.

Merkel, 64, folded her arms and trembled for two minutes. She rejected a glass of water handed to her as she stood next to German President Frank-Walter Steinmeier during the appointment ceremony for Germany’s new justice minister, reported the AP. (RELATED: A Russian Warship Is In Havana’s Harbor)

Merkel’s last shaking episode occurred on June 18 during an outdoor event on a hot day. By contrast, Thursday’s event was indoors.

Angela Merkel was shaking at a public event for the second time in less than two weeks, rekindling concerns over her health.

The German chancellor was standing with the country’s president at a ceremony in Berlin at the time. Read the full story here: https://t.co/UrHaoPWlPP pic.twitter.com/Dxfj8F33Vp

The chancellor traveled to Japan for the G20 summit after her shaking episode Thursday, reported the AP. She has led Germany since 2005 and is known for her ability to stay on her feet for hours and endure late-night political negotiations. 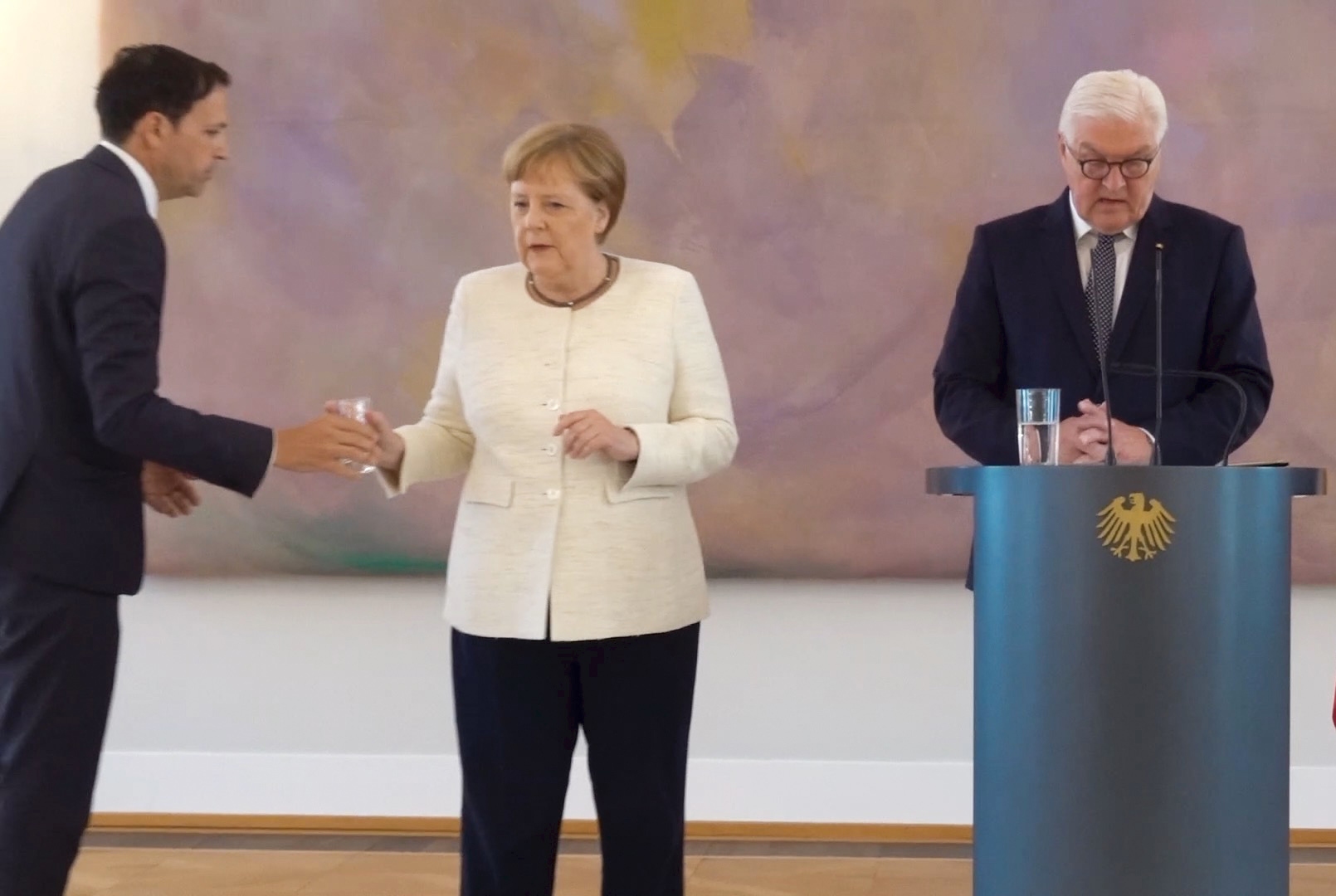 German Chancellor Angela Merkel refuses a glass of water offered to her as she attends a ceremony where the country’s new Justice Minister was given her certificate of appointment by German President Frank-Walter Steinmeier (R) at the presidential Bellevue Palace in Berlin on June 27, 2019. (KAY NIETFELD/AFP/Getty Images) 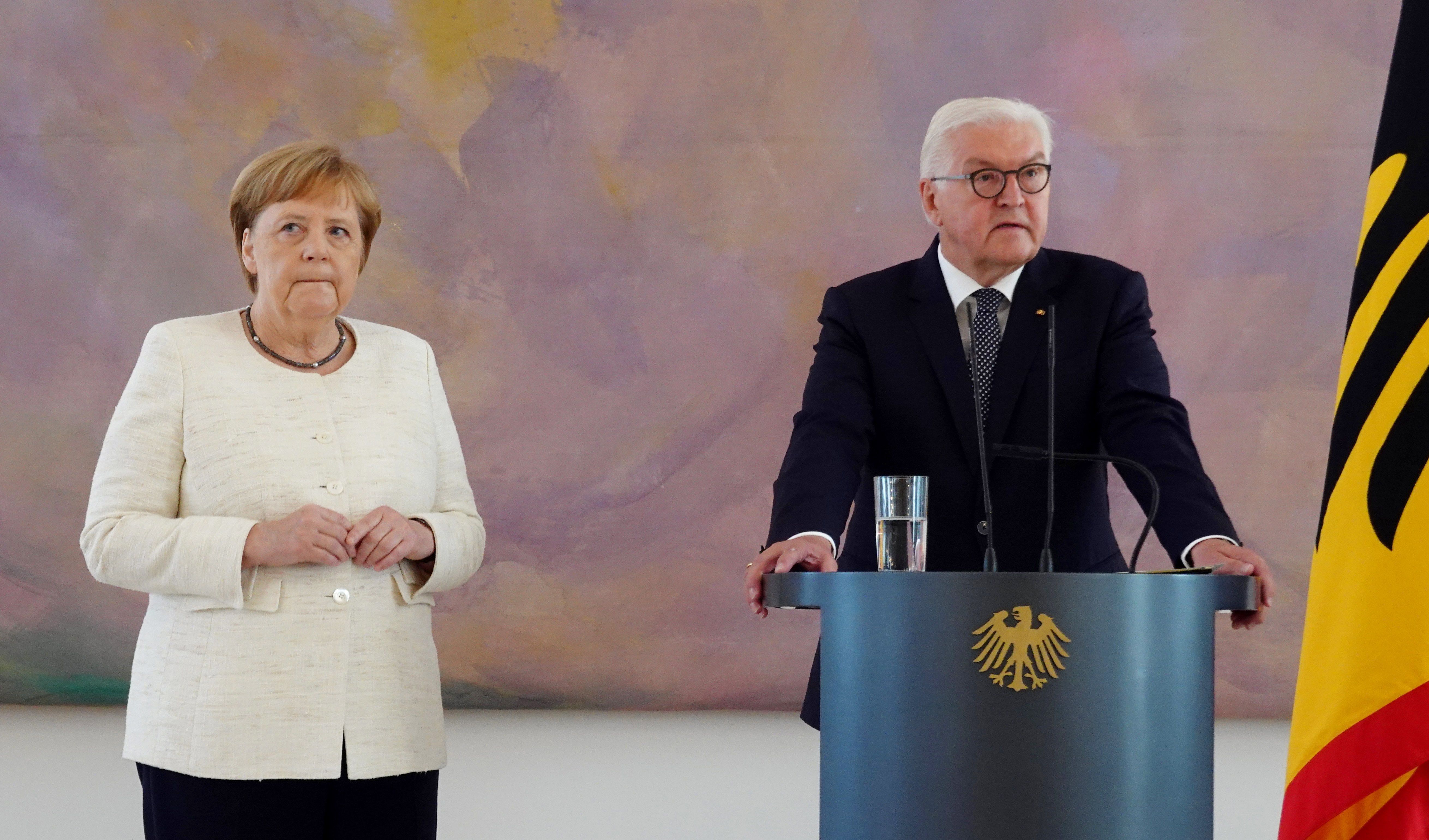 German Chancellor Angela Merkel attends a ceremony where the country’s new Justice Minister was given her certificate of appointment by German President Frank-Walter Steinmeier at the presidential Bellevue Palace in Berlin on June 27, 2019. (KAY NIETFELD/AFP/Getty Images)

Merkel announced in October 2018 that she will step down as chancellor in 2021. She said she will be done working in the political world full-stop, reported the AP.

The second shaking episode comes less than a week before the new European Parliament convenes on July 2. Merkel’s party, the Christian Democrats, lost five seats in the election, reported The New York Times. Both familiar and fresh faces will be taking their places as members of the Parliament, including a 23-year-old French politician with an immigrant background named Jordan Bardella.