How do you know if you’re living in a free society? Here’s a quick test: Are you allowed to say obviously true things in public? Or are you forced to lie? As George Orwell put it in “1984”: “Freedom is the freedom to say that two plus two make four. If that is granted, all else follows.” But what if that freedom isn’t granted? What if you’re required to repeat things that you know aren’t true? What if everyone who hears you knows perfectly well that you’re lying, but they can’t say so out loud? What if everyone is required to nod along in mock sincerity as if it’s all completely real? That’s what a pep rally in a police state looks like: “Thanks to the dear leader for a bountiful potato harvest!” they chant, even as they starve to death. You get the same feeling as you watch the current race for the Democratic nomination.

Pete Buttigieg is in that race. A few years ago, back when he was best known for being mayor of South Bend, Indiana, Buttigieg made the point that “all lives matter.” He said it because it’s true. All lives do matter, no matter what they look like. Every life has value — period. That’s the message of Christianity and the civilization that it spawned in the West. But in the modern Democratic Party, it can no longer be acknowledged. So Buttigieg recently apologized for his wrongthink. (RELATED: South Bend Police Criticize Buttigieg In Wake Of Shooting)

Beto O’Rourke was asked recently about a harmless joke he once told about his wife staying home to raise their kids. O’Rourke fell apart completely. He groveled and whimpered and abased himself. He even expanded the self-criticism and apologized for how he was born. 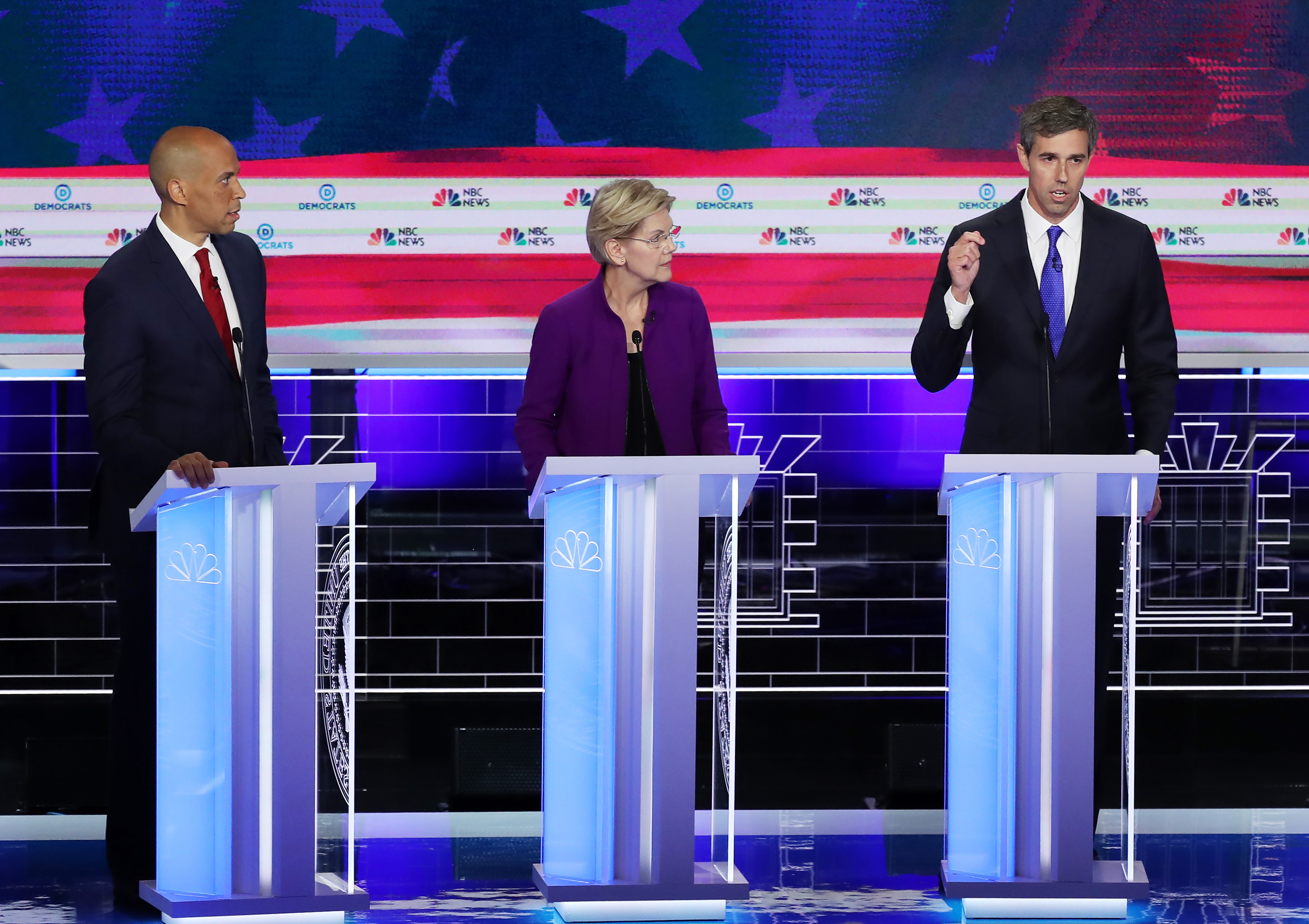 This is what Maoist tribunals looked liked during the Cultural Revolution. By summer, you can imagine O’Rourke wearing a paper dunce cap with “white privilege” scrawled across it as a warning to other would-be counterrevolutionaries. Pretty much everyone running for president as a Democrat this year has had to face inquisitions like this. They write their confessions of guilt, bowing before their accusers on Twitter and begging for forgiveness. Kirsten Gillibrand read her confession on live television. Years ago, when she was running for a different office, Gillibrand once expressed sympathy for the idea of a closed border. Looking back, she is deeply ashamed. She can hardly believe she ever thought something so immoral. (RELATED: NRA Posts Fawning 2008 Letter From Gillibrand After She Calls Them America’s ‘Worst Organization’)

There’s nothing liberal about this, obviously. It’s purely authoritarian: “woke” fascism. Power over ideas. In place of thinking, obedience. In return for dissent, punishment. Lying as official policy — and not just conventional lying, the ordinary truth-shading of everyday life, but terrifying full-inversion lies. The exact opposite of the truth. The kind of lies that regimes that seek total control must tell in order to maintain their power.

The latest of these lies is that low-grade mafia figure Al Sharpton is, in fact, a legitimate civil rights leader. The Democratic candidates claim to believe that now. They recently trooped over to his tax-exempt organization to pretend he’s the new MLK.

Where were these people in the mid-1990s when Al Sharpton was denouncing a Jewish landlord in Harlem as a “white interloper” shortly before his store was firebombed and eight people were killed? O’Rourke was still a manny then. Gillibrand was a lawyer working for the cigarette companies. None of them were woke yet. They are now. They went to Sharpton to clamor for an idea that not  even 20% of the population supports: race-based reparations. Sharpton asked each candidate if they would pledge to support Rep. Sheila Jackson Lee’s bill to form a commission to study how to do reparations. Every single candidate at the event expressed complete support.

The question isn’t whether we get reparations. The question is whether you want to live in a country where such people have political power, where humor and dissent are criminal acts, where lying is the currency of public life, where authorities whose names you don’t know can destroy you for thinking the wrong things. You’ve seen that world before. It’s called Twitter. Imagine if it had control of the U.S. military.