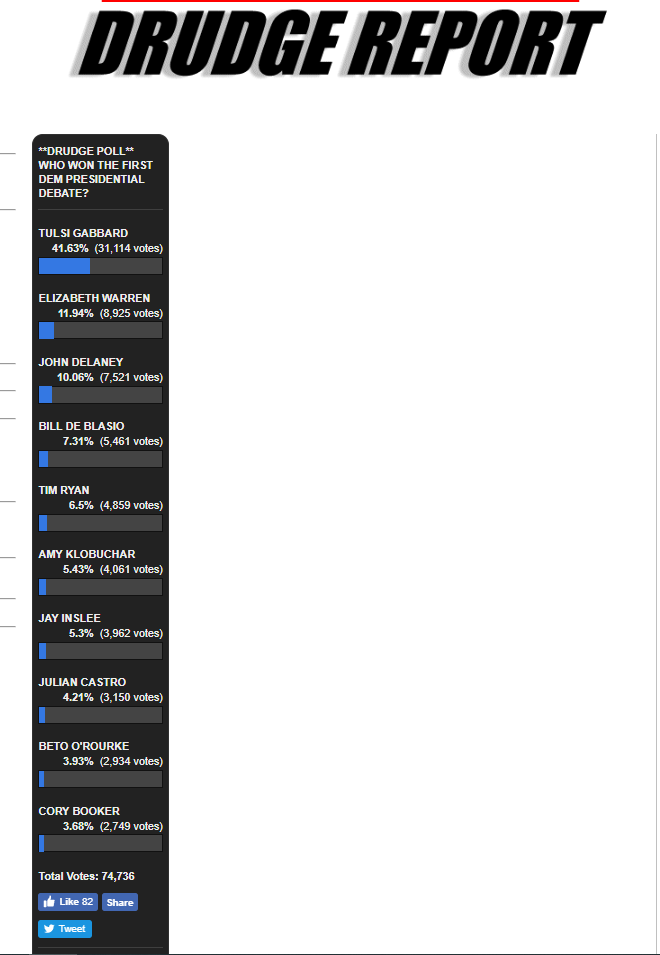 Other online surveys from the Washington Examiner, NJ.com and Heavy all point towards similar results with Gabbard winning almost every early online poll. Each poll shows her averaging between 30% – 40% of the total vote.

It’s important to note that these polls are hardly scientific and may not be representative of everyone who watched the debate.

However, Google Trends showed that there was an increased interest in Gabbard; revealing she was the most searched Democratic candidate at the conclusion of the debate.

Map: before and after the #DemDebate pic.twitter.com/7y3iNoJR1N