The second round of Democratic primary debates began Thursday and Google users hit the search bar with one question.

Vermont Sen. Bernie Sanders received the first question in the second round of the Democratic primary debates, prompting a spike in Google searches about his age. (RELATED: ‘He Is The Enemy Of Every Entrepreneur’ — Home Depot Founders Blast Socialism, Issue Dire Warning For Bernie Supporters) 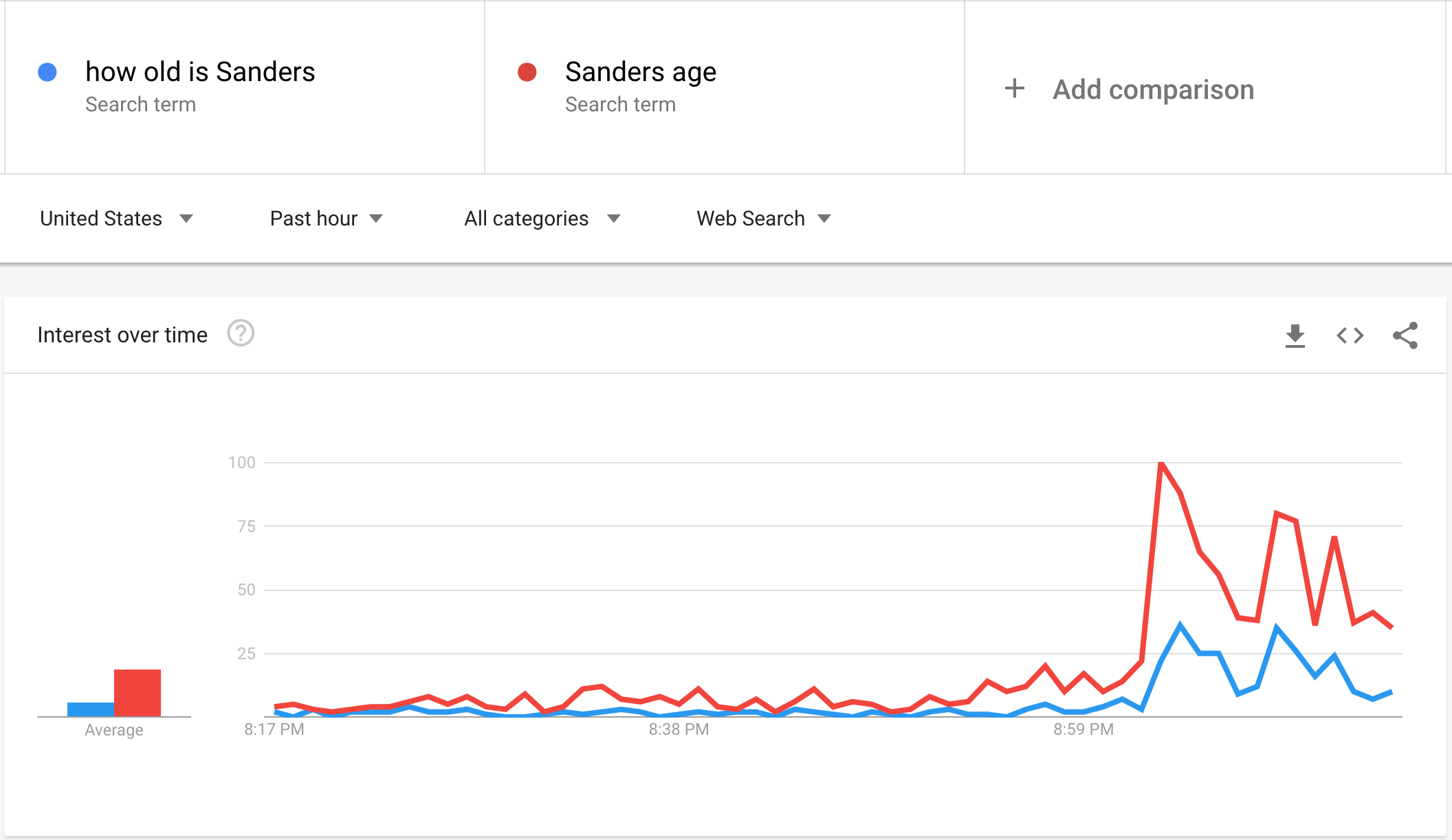 Google Trends provides data on the popularity of certain search terms in the form of a line graph, with the highest point of each line representing peak popularity for a given term.

Frequency for searches of “how old is Sanders” and “Sanders age” hit their peak search frequency at 9:00 EST, right as his opening remarks were broadcast nationwide.

Bernie Sanders is 77 years old, half a decade older than President Donald Trump.

Searches regarding this presidential hopeful’s age were most prevalent in Washington, D.C., but occurred at a high volume across the east coast in South Carolina, Virginia and Maine as well.

Sanders wasn’t the only candidate to receive criticism of his age. Swalwell took a jab at Biden’s years, insisting the former Vice President “pass the torch to a new generation.”