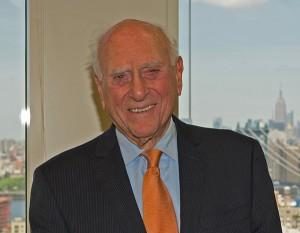 “She is well on her way to rehabilitation,” Weinstein said, according to Fox. The sentence has the potential to “save her as a human being,” he said. (RELATED: Syrian Refugee Arrested In Plot To Blow Up Pittsburgh Church In The Name Of ISIS)

“I understand the actions I took were wrong, and I will never do it again,” Caesar said in a New York court Wednesday.

Authorities apprehended Caesar in 2016 and charged her with providing material support for ISIS. She faced life in prison.

To skirt a life sentence and receive supervised release, the young ISIS operative agreed to cooperate with the FBI under the condition that she would not reveal her cooperative status to other terror affiliates, officials said according to the New York Post.

Caesar’s allegiance with law enforcement ended after her release as she resumed contact with jihadis, revealed her cooperation with the FBI, engaged in ISIS rhetoric with potential recruits and defended her actions online, prosecutors said.

“[T]he fbi put me under a different name because they wanted my case too be sealed from the country etc,” Caesar told an associate on Facebook according to court papers. In another message to a U.K.-based ISIS supporter, Caesar said she “went to prison because some Muslims were spies,” according to the NY Post.

“I didn’t do anything wrong under Islam but stand up for my din [faith],” Caesar reportedly posted publicly after her supervised release.

Lorenzo Vidino, director of George Washington University’s Program on Extremism, testified about Caesar. “My assessment is that she retains the mindset of ISIS. She refers to this court, this whole system, as a ‘kafir’ system,” Vidino said, according to the NY Post.

A kafir is an infidel who rejects Islam and will supposedly “face eternal damnation in the afterlife,” according to Oxford Islamic Studies Online.