Kentuckians can officially concealed carry their guns without obtaining a permit as of Thursday.

The law allows people to carry a gun inside a pocket or a purse without a permit if they are 21 and have obtained the gun legally, having passed the requisite background checks, WLWT5 reported.

“Law-abiding citizens who are authorized to carry a firearm should not have to ask permission from the government or pay a recurrent fee in order to exercise their Second Amendment right,” Republican Kentucky state Rep. Savannah Maddox, one of the bill’s sponsors, said. 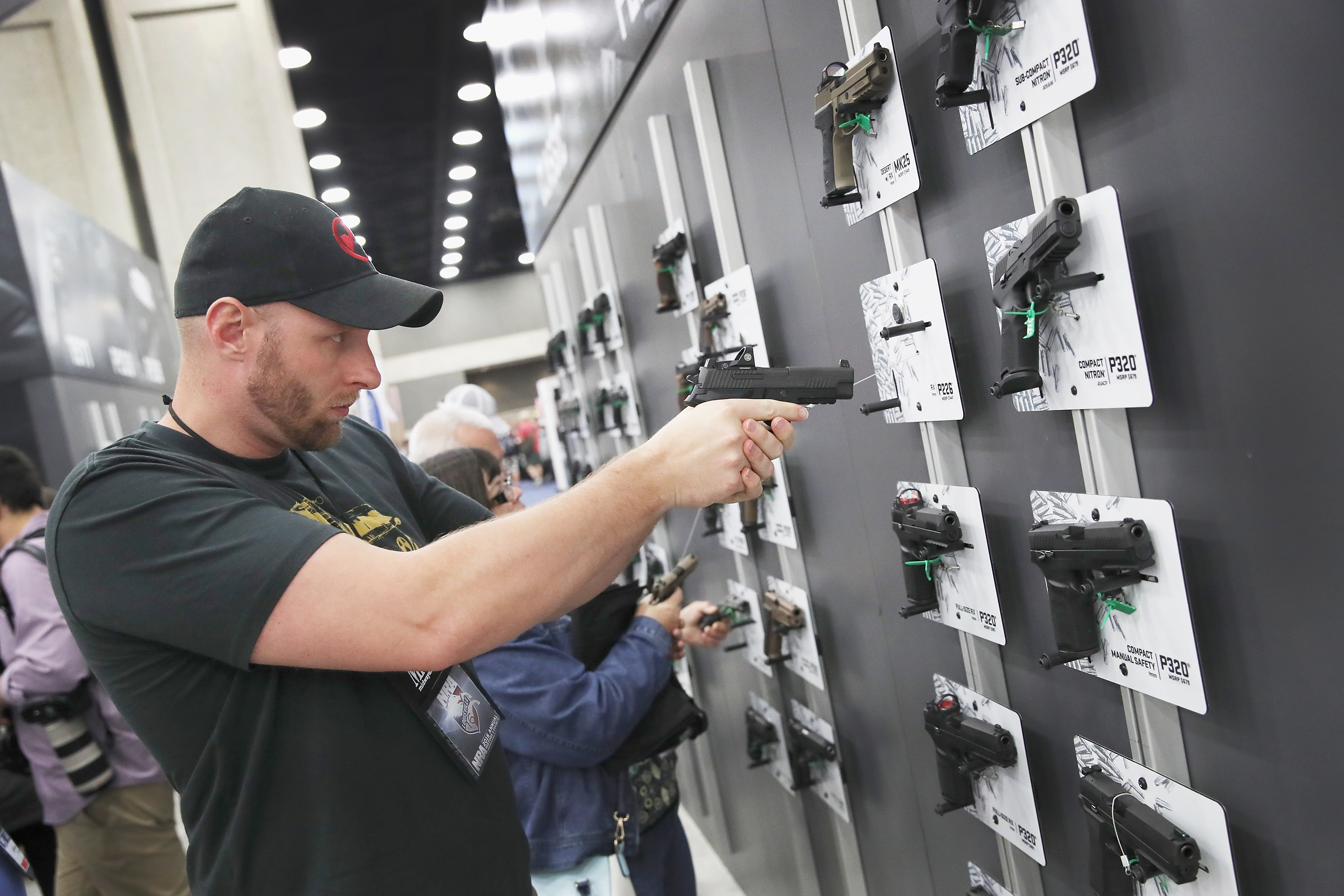 Dale Locher looks over SIG SAUER pistols at the NRA Annual Meetings & Exhibits on May 21, 2016 in Louisville, Kentucky. (Photo by Scott Olson/Getty Images)

The new law, which was signed by Republican Gov. Matt Bevin in March, removes the previous concealed carry requirements, which included a six-hour gun-safety course, background check and a $60 application fee, according to the Louisville Courier Journal.

Those with felony convictions are still barred from owning guns, but the new law eliminates the exclusion for those convicted of alcohol or drug misdemeanors or who owed more than one year of child support. (RELATED: CCW Weekend: Constitutional Carry Now Law In One-Third Of The United States)

Kentucky residents must continue to abide by existing state law that bars them from carrying guns into police stations, sheriff offices, jails or courthouses. Nor can they carry guns into federally-owned buildings or buildings that house federal offices.

14 other states have eliminated concealed carry permit requirements, according to the Giffords Law Center.