The Supreme Court will decide whether President Donald Trump can rescind the Deferred Action for Childhood Arrivals (DACA) program during its next term, the justices announced Friday.

DACA is an Obama-era amnesty initiative that extends temporary legal status to 700,000 foreign nationals who came to the U.S. as children.

The first of those orders came from U.S. District Judge William Alsup in California, who said the government’s action was based on a flawed legal premise and therefore “arbitrary, capricious, an abuse of discretion, [and] otherwise not in accordance with law.” That premise — that only Congress, not the executive, could authorize a program like DACA — conflicts with precedent and the Department of Justice’s past-stated views, Alsup said.

Shortly after those injunctions issued, the Trump administration took the unusual step of bypassing the federal appeals courts and asking the Supreme Court to intervene immediately.

The high court rejected that request, prompting a new round of litigation in the appellate courts. The government returned to the Supreme Court beginning in November 2018 with another request to take on the DACA dispute.

The justices were poised to decide whether to hear those cases in January, but no action came. As the delay approached its fifth month, the Trump administration filed yet another petition, this time asking the justices to consider the matter on an accelerated schedule. The Court rebuffed that request without explanation June 3. The long period of inaction on the DACA petitions baffled even seasoned court-watchers.

The Court’s apprehension may in part be related to the 35-day government shutdown that ran from December 2018 to January 2019. In a bid to reopen the government, the president proposed a grand bargain on immigration that included a three-year extension of DACA. Such a deal would “moot” the disputes before the high court. 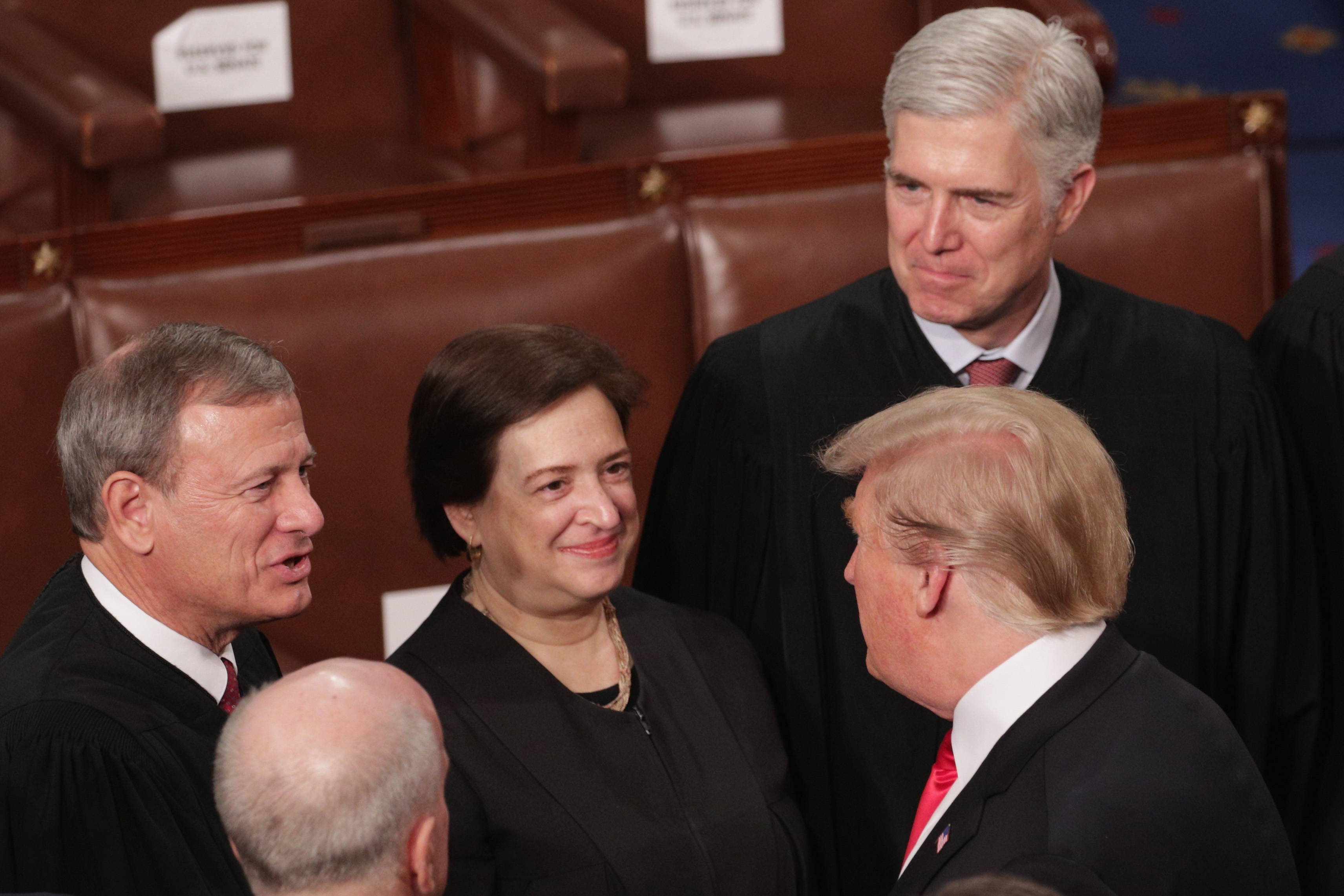 President Donald Trump greets members of the Supreme Court after the State of the Union address on February 5, 2019. (Alex Wong/Getty Images)

The Justice Department told the high court in legal filings the DACA injunctions require “the government to preserve a policy that affirmatively sanctions the ongoing violation of federal law by 700,00 aliens who have no lawful immigration status and no right to the policy’s continuation.”

“Absent this Court’s intervention, the government will be required to maintain the policy nationwide for years after DHS and the attorney general determined that it should end,” the Department added.

Elsewhere in court filings, the Justice Department said Supreme Court review is needed because the DACA injunctions create a conflict within federal law. While some courts ordered Trump to keep DACA, others struck down a companion initiative called Deferred Action for Parents of Americans (DAPA), which would have given legal status to unlawful aliens whose children are citizens or permanent residents.

The DACA and DAPA disputes present similar legal issues. The justices often hear cases in which multiple courts disagree about the same question of law.

The Supreme Court adjourned for the summer Thursday.