MIAMI — The Democratic candidates debating in Miami this week narrowly avoided embracing unrestricted abortion as a policy platform, opting instead to skirt the issue of third-trimester abortions by citing a woman’s right to privacy.

None of the candidates who addressed the subject on the debate stage mentioned any kind of restriction or limit on the procedure, which Democrats used to refer to as ideally being “safe, legal and rare.” Most of them instead boasted about their commitment to ensuring women have access to abortion. The Daily Caller also talked to several candidates and campaigns following the debates, and found an unwillingness to stipulate any restrictions.

As to whether the government should regulate abortion at all, Gillibrand said, “[That decision] should only be made by a woman, because these are such fundamental human rights — they have a right to make it.” She said earlier this year that the Democratic Party should oust all of its pro-life members. 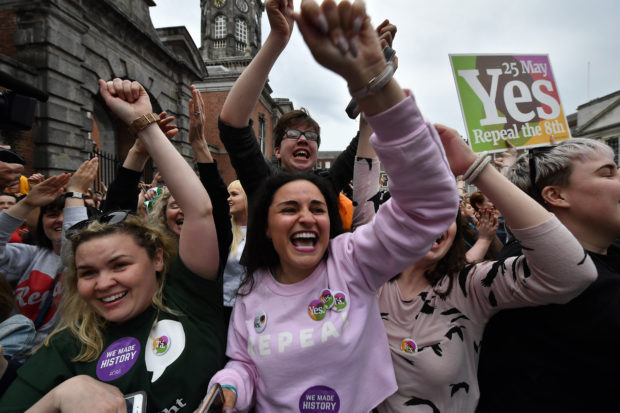 Yes voters celebrate as the result of the Irish referendum on the 8th amendment, concerning the country’s abortion laws, is declared at Dublin Castle on May 26, 2018 in Dublin, Ireland. (Photo by Charles McQuillan/Getty Images)

Massachusetts Sen. Elizabeth Warren used similar language to express her support of third-trimester abortion in the first debate Wednesday night, when she was asked directly whether she supports the procedures.

“I would make certain that every woman has access to the full range of reproductive health care services, and that includes birth control, it includes abortion, it includes everything for a woman,” she said.

Abortions in the third trimester are typically performed by inserting a vacuum pump inside a woman’s dilated cervix and suctioning the developing baby out of the mother’s womb in pieces, then following up with a metal forceps to ensure none of the fetus remains inside the woman. (RELATED: Journos Adopt ‘Frenzied’ Tone In Abortion Reporting, As Pro Life Wins Mount)

A spokeswoman for former Vice President Joe Biden’s campaign declined to answer the question following the debate Thursday night. At least one of the campaigns, though, was happy to explicitly embrace the late-term procedure.

“It’s a woman’s choice,” a spokesman for Ohio Rep. Tim Ryan told the Caller, saying the government should place no restrictions “whatsoever” on abortion. “If some of these white Republican governors were women, this wouldn’t even be an issue.”

Decades of polling have consistently found big majorities of Americans do not support late-term abortion, although most support Roe v. Wade and are comfortable with the procedure earlier on in a pregnancy. (RELATED: Gillibrand Equates Pro-Lifers To Racists, Anti-Semites) 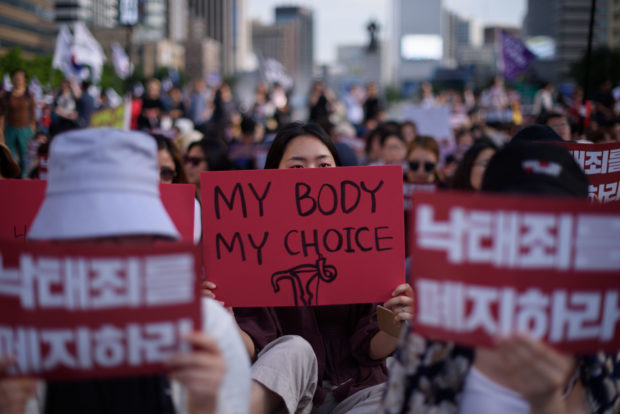 “Late term abortion tends to be, I mean honestly even that framing tends to be sort of a scare tactic,” a spokeswoman for former Housing and Urban Development Secretary Julian Castro told the Caller. “And I think the vast, vast majority of abortions happen before twenty weeks. Abortions that happen after that point are incredibly intimate and personal decisions that he believes should be between a woman or person who needs the abortion and medical professionals.”

“I think those who are looking to overturn Roe v. Wade are in the minority,” he said. “So I think the Democratic Party platform speaks to a range of Americans.”

Five states — Georgia, Mississippi, Ohio, Louisiana and Kentucky — passed laws this year banning abortion after a fetal heartbeat can be detected and Alabama passed a near-total ban on the procedure. Ten other states have introduced or moved similar legislation this year, according to the Guttmacher Institute. In total, 33 states have passed 479 abortion restrictions since 2011.