Rev. Thomas Brown, who is married to a fellow priest, was ordained as a bishop of the diocese of Maine in the Episcopal Church June 22. Immediately following his ordination, Brown referred to God as a “she” twice in the Nicene Creed.

“She is worshipped and glorified. She has spoken through the Prophets,” the just-ordained Bishop Brown said, referring to the Holy Spirit.

The Nicene Creed was written 1,638 years ago and only uses masculine pronouns to refer to God.

The microphones in the Cathedral of St. Luke projected the voice of the celebrant, Bishop Curry, for the duration of the creed, barring the line where Bishop Brown used female pronouns for God. It is unclear if the microphones were intentionally switched to project Bishop Brown’s female-gendering of God.

Deacon Todd Thomas of the Episcopal Diocese of Washington told the Daily Caller that he has never heard an Episcopal priest use female pronouns in the creed. Individual bishops and priests can, however, change words and phrases in the Nicene Creed, Deacon Thomas explained. He cautioned any changes to the creed should be done “in conversation” with the lay people.

Deacon Thomas told the Daily Caller he has heard Episcopal priests use female pronouns for God outside of the context of official creeds.

The Episcopal church has a tradition of interpreting the Book of Proverbs’ mentions of “Lady Wisdom” as referring to the Holy Spirit, Deacon Thomas said.

“Inclusive language” of God is encouraged by the Episcopal Church. This “means the use of male and female imagery and metaphors in a balanced way to express the truths we know of God,” the Episcopal Dictionary of the Church says.

Our Rector and his wife traveled to Maine this weekend to be present for the consecration of Thomas Brown as bishop of that diocese. The bishop is the 2nd openly gay diocesan in TEC. pic.twitter.com/rUKLk9WpPX

Bishop Brown describes himself as a “servant leader who strives for justice among all people and who continues to address white privilege, dismantle racism, and work for the full inclusion of LGBTQ people in the Body of Christ.”

The bishop met his husband, Father Tom Mousin, when Father Mousin was serving as a pastor in the United Methodist Church. Brown’s husband has since converted to the Episcopal Church, and been ordained in that church.

It is possible that Father Mousin will take up a position at a parish in his husband’s diocese, he said on Facebook, explaining he would have oversight from an outside bishop.

In 2018, the Episcopal Church began requiring all dioceses to perform same-sex marriage rites, even if a particular bishop objects, reports Juicy Ecumenism.

As a result, William Love, the Episcopal bishop of Albany, New York is in a state of partial inhibition because he has declined to allow priests to celebrate same-sex weddings.

Twenty years before this resolution, Episcopal bishops at the Lambeth Conference rejected “homosexual practice as incompatible with Scripture.” They also voted that they “cannot advise the legitimizing or blessing of same-sex unions nor ordaining those involved in same gender unions.”

A wider battle is brewing in the denomination over the subject of gay marriage. Archbishop of Canterbury Justin Welby faces opposition from the Global Anglican Future Conference for inviting bishops in same-sex relationships to the last Lambeth Conferene. At the same time, Episcopal church leaders have objected to Welby’s decision to not invite bishops’ same-sex spouses to the conference. 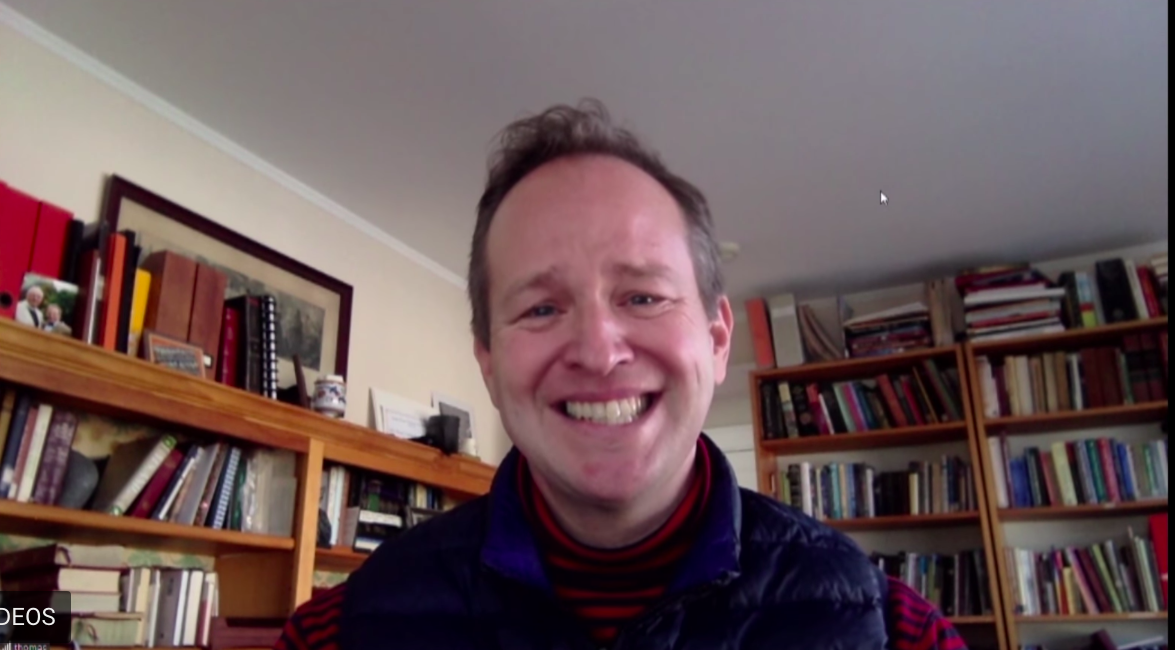 Bishop Brown addresses his diocese for the first time. (Youtube)

From 1990 to 1994, Brown worked as the director of education for Planned Parenthood in South Central Michigan.

In 2018, the General Convention of the Episcopal Church called for “women’s reproductive health and reproductive health procedures to be treated as all other medical procedures.” (RELATED: Official Lutheran Church Practices Goddess Worship: Shamanic Journeying, Crystals, And A Sacred Dance To Ishtar)

Bishop Brown told WMTV News 8 he aims to use his tenure as bishop of Maine to spread the Gospel message “in a way that respects the diversity of this state and the pluralism.”