2020 presidential candidate Kamala Harris said the Trump administration is committing human rights abuses at the border, according to her visit to a migrant detention facility Friday.

“We have to stand up for our America when the Trump administration overlooks the fact that what is happening with the detention of these children by the circumstances by which they arrived is a human rights abuse being committed by the United States government,” the Democratic California senator told the crowd at the Fort Lauderdale, Florida, facility.

“We are not going to allow this to happen. Not on our watch,” she continued. “I will tell you: When I’m elected, the first thing I’ll do — one of the first things — is to shut down these private detention facilities.” (RELATED: Kamala Harris Selling ‘That Little Girl Was Me’ T-Shirts)

“There are literally people who are profiting off of the incarceration of children,” the candidate said. “Like, just reflect on that for a moment. … And then let’s just break it down a little bit more and ask, ‘Who are these children?’ They are children who have fled … murder capitals of the world. They are children who have arrived at our shore — at our border — seeking safety.”

Harris and other 2020 candidates have been harsh critics of the president’s immigration policies, particularly the use of private prisons to shelter illegal immigrants awaiting trial and his call for mass deportations by U.S. Immigration and Customs Enforcement. 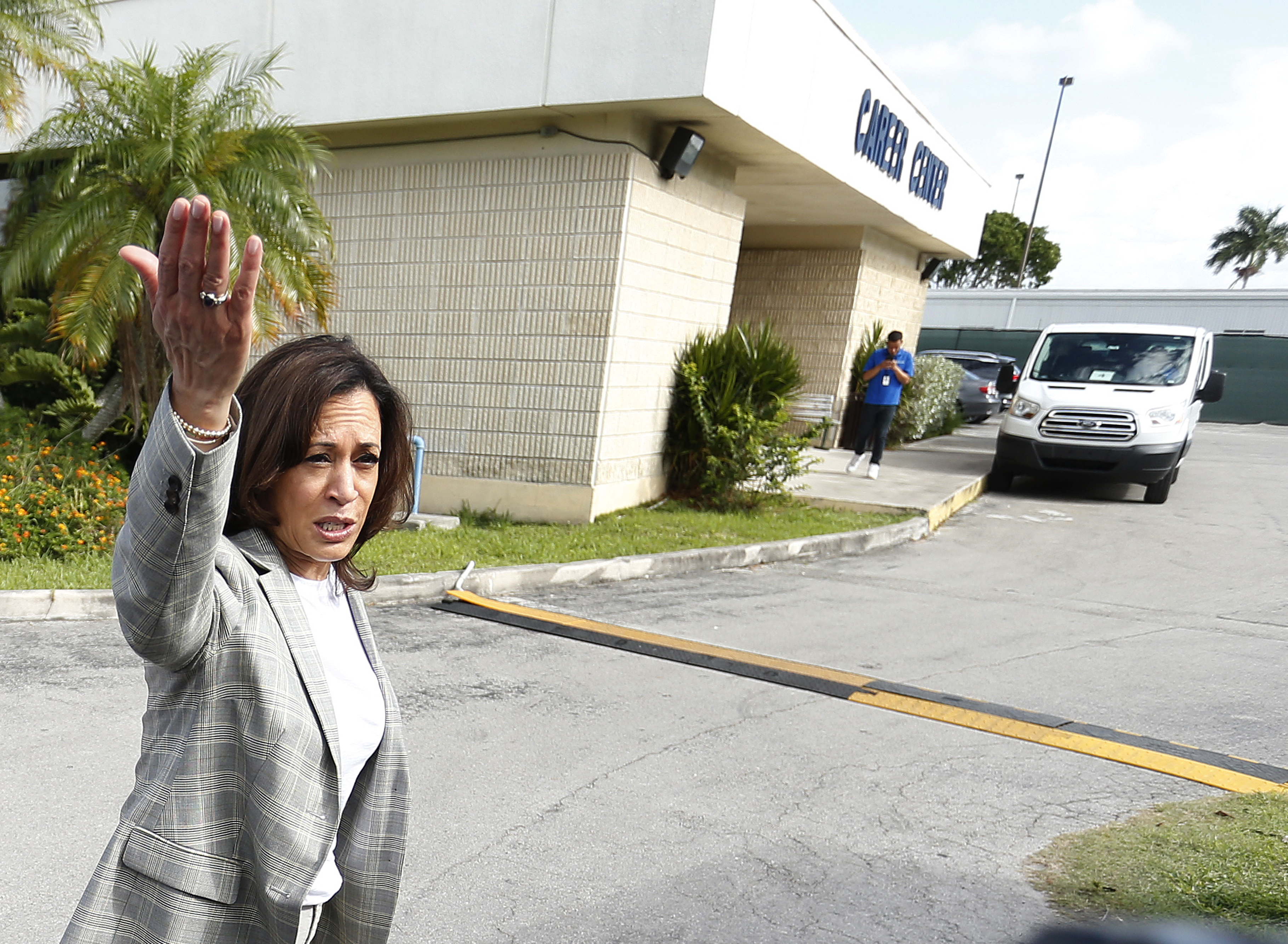 Democratic presidential hopeful Kamala Harris stops to address the media before entering the office where migrant children are being held in a detention center in Homestead, Florida on June 28, 2019. (Photo credit should read RHONA WISE/AFP/Getty Images)

Private Federal Bureau of Prisons (BOP) facilities house only 10% of the country’s total inmate population and detain over 70% of the immigrant detention population — more than 26,000 people, the DCNF previously reported, citing the Sentencing Project.

ICE has been using private prisons since the Sept. 11, 2001, terror attacks on the World Trade Center due to a large demand for federal funding and beds.

Former President Barack Obama’s administration also detained children and families in private prisons while they awaited trial for citizenship requests. In 2014, Obama warned immigrant adults coming into the country illegally not to bring children to the U.S. southern border with them. Deportation rates under the former president were also higher than they are under Trump.

“The problem is under current law, once the kids come across the border, there’s a system in which we’re supposed to process them, take care of them…

Our message is absolutely don t send your children” pic.twitter.com/orOGHaUSGB

Harris also accused Trump of “rounding up people by ethnic group” earlier in June when she wrote on Twitter, “Mass deportations are cruel and violate our values. As this president rips more families apart, let’s remember that history has already shown us what happens when governments begin rounding people up by ethnic group. This would be a shameful stain on our country.”