Another auto plant in Warren, Michigan, that has been operating since 1958 is preparing to close in a little over a month, ending 261 jobs.

The 261 hourly workers will lose their jobs at the 2.1-million-suqare-foot General Motors factory that builds car transmissions. GM announced the closure in November, but is set to end all production in July and keep a different transmissions factory open in Mexico, NBC News reported Friday.

“It’s not the dream job it used to be,” one worker told NBC. “It’s actually quite a nightmare to try and survive and reach your pension. It feels impossible.” (RELATED: Revealed: Trump’s Stark Message For General Motors) 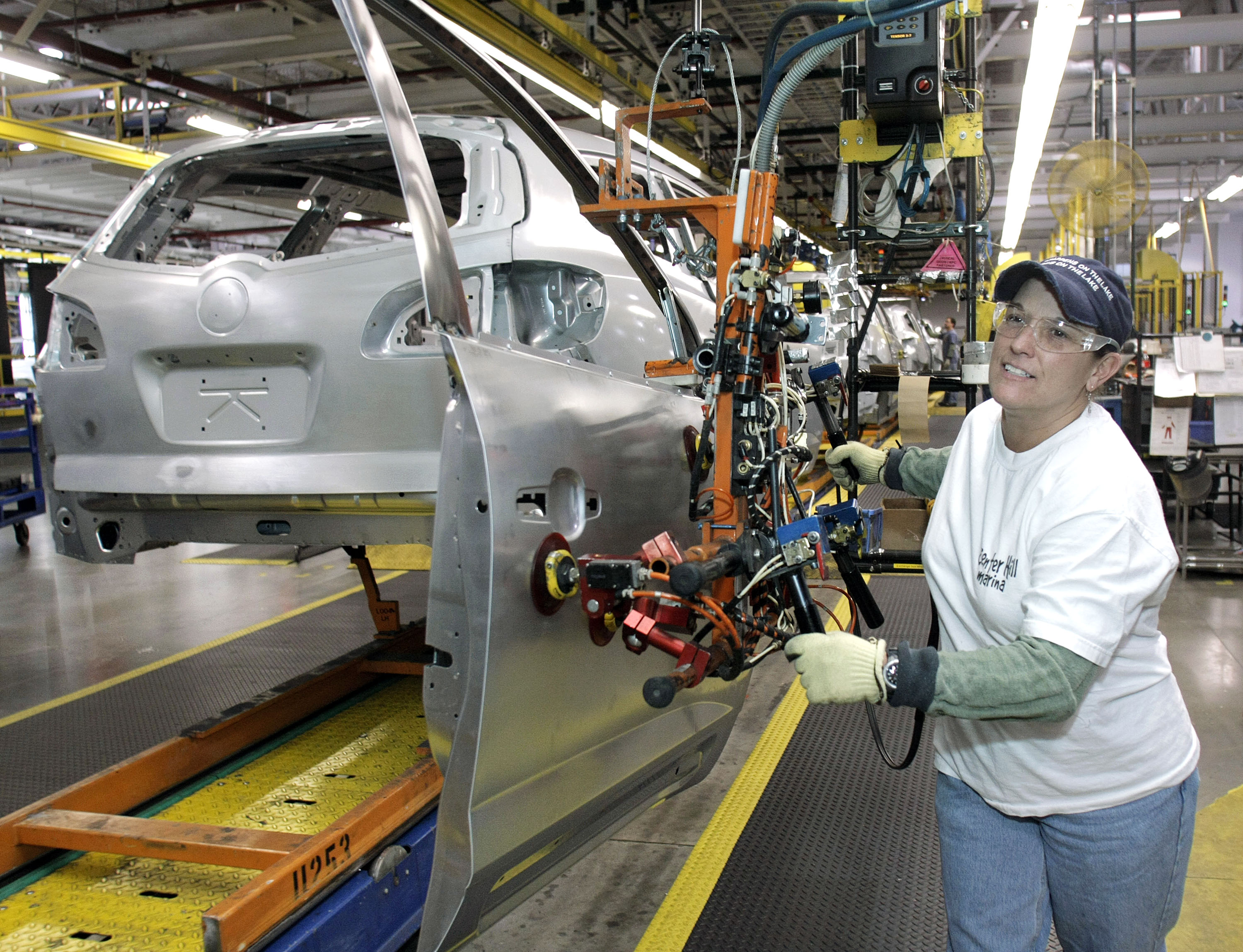 A worker installs a door on a GM crossover SUV as it goes through the assembly line at the General Motors Lansing Delta Township Assembly Plant on March 10, 2010 in Lansing, Michigan. (Photo by Bill Pugliano/Getty Images)

“Don’t sell your house,” Trump told his audience at a 2017 rally in Youngstown, Ohio. “We’re going to get those jobs coming back.” (RELATED: ‘Collusion Delusion Is Over: Triumphant Trump Takes Victory Lap In Michigan)

In Trump’s first 26 months in office, 479,000 manufacturing jobs have been added to the labor market, which is 399% more jobs than Obama’s record, Forbes reported in March. The area, however, is still struggling as factory expenses increase from the tariffs Trump has placed on imports from countries like China.

“I think Macomb County [Michigan] is going to vote for Trump,” a local Democratic activist told NBC. “I don’t think anyone has a chance. They love the guy here. There’s this myth about the Trump voter here who regrets it, and I’m not sure that person exists.” 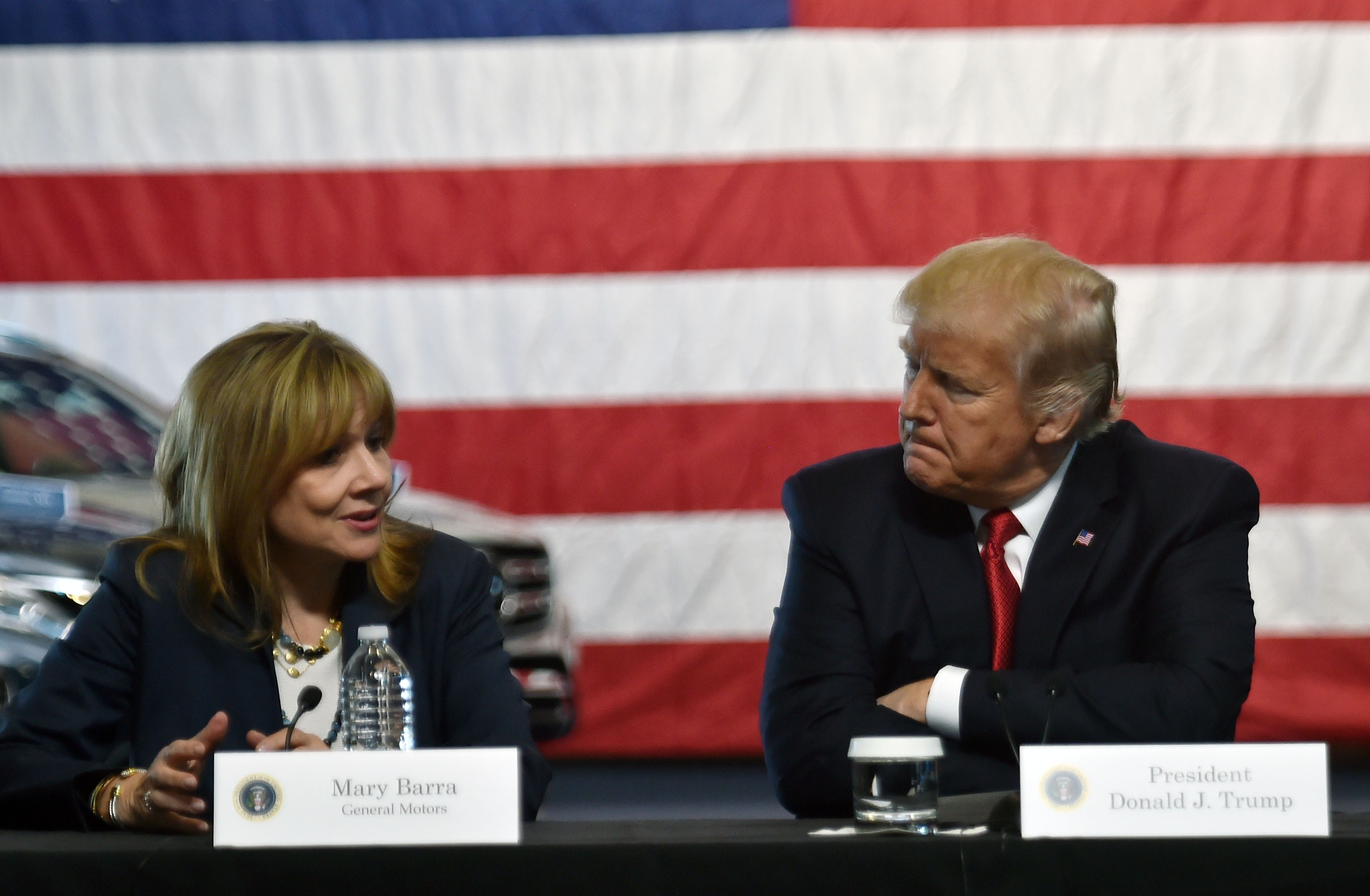 The auto company’s announcement comes as a number of 2020 presidential candidates set their eyes on earning the votes of citizens living in key swing states in the Midwest.

“We lost 4,000 jobs at a General Motors facility that rippled throughout our community,” Democratic Ohio Rep. Tim Ryan said during MSNBC’s first Democratic debate Thursday, referencing GM’s Nov. 2018 announcement that it planned to cut 4,000 U.S. jobs to save money. “General Motors got a tax cut. General Motors got a bailout, and then they have the audacity to move a new car that they’re going to produce to Mexico.”

Fellow Democratic candidate and entrepreneur Andrew Yang has campaigned largely on his policies that target citizens who he predicts will lose their jobs to artificial intelligence within the next 10 years, including factory workers, truck drivers, customer service representatives and more.

“We automated away 4 million manufacturing jobs due to automation,” the candidate said during the second night of Democratic debates. (RELATED: ‘I’m Sorry?’ — How Yang Will Pay $3.2 Trillion In Monthly Allowances For Americans)

“Advances in automation and [AI] hold the potential to bring about new levels of prosperity humans have never seen,” Yang’s website reads. “They also hold the potential to disrupt our economies, ruin lives throughout several generations, and, if experts such as Stephen Hawking and Elon Musk are to be believed, destroy humanity.”

A popular talking point for Warren has been her ambition to “rebuild the middle class.”

“If they can make a nickel by sending your job somewhere else, they’ll do it,” Warren said at a June rally in Detroit. “I’ll tell you, these corporations may not fight for American workers, but I’m willing to do it.”

“Trump promised to protect American jobs,” Sanders tweeted in April. “He lied, and workers across Green Bay and the Fox Valley have lost their jobs. When we are in the White House, we will end the corporate greed behind the Shopko closures, Kimberly-Clark layoffs and Foxconn scam.”

Biden is also seen as a largely popular “working class” candidate and a Rust Belt favorite.