Three of the top five Twitter accounts mentioned during the first round of the Democratic debates Wednesday belonged to President Donald Trump’s campaign staff.

The Trump campaign’s presence on Twitter was broken down by Storyful, a company that scrapes social-media services to identify trends. Other researchers made similar findings, particularly regarding how Trump promoted his message leading up to the debate.

Trump’s team put a banner ad across the top of YouTube 24-hours before Wednesday’s debate — the ad placement cost roughly $1 million, according to Bully Pulpit Interactive, a Democratic firm tracking spending in the 2020 presidential race. 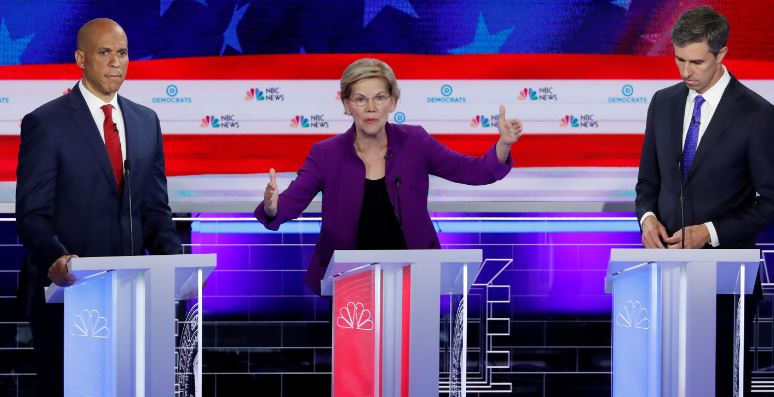 Storyful also found that Trump spent at least $52,000 on Facebook ads the day before the debate, the most of any political figure. (RELATED: Google Searches For Mitch McConnell Surged During Second Half Of Dem Debate)

Sen. Amy Klobuchar of Minnesota spent the highest amount of any Democratic candidate at $21,000. Sen. Bernie Sanders of Vermont spent $14,000 before the debate. Storyful found that the president ran nearly 100 Facebook ads on Wednesday.

Trump was not the only Republican making waves on the Democrats’ night. Google trends for Republican Senate Majority Leader Mitch McConnell spiked during the debate when moderators brought him up to the Wednesday panel, which included Klobuchar and Sen. Elizabeth Warren of Massachusetts.