Independent Vermont Sen. Bernie Sanders on Saturday explained how he won both Democratic debates by getting the other candidates “to speak to the needs of the working class.”

“It was very interesting, I think it was today, actually. The Wall Street Journal wrote an op-ed, if I recall correctly, ‘Bernie Sanders won both debates,'” Sanders said at a speech in Hudson, New Hampshire Saturday, where a new campaign office opened.

“How do you win a debate you weren’t even participating in? Because of New Hampshire and 21 other states, that supported our agenda [in 2016], other Democratic candidates understand they have to speak to the needs of the working class in this country. That’s how you win both debates,” Sander said, according to the Washington Examiner. (RELATED: The Key To Winning In 2020 Will Be Properly Explaining Socialism, Says Bernie Sanders) 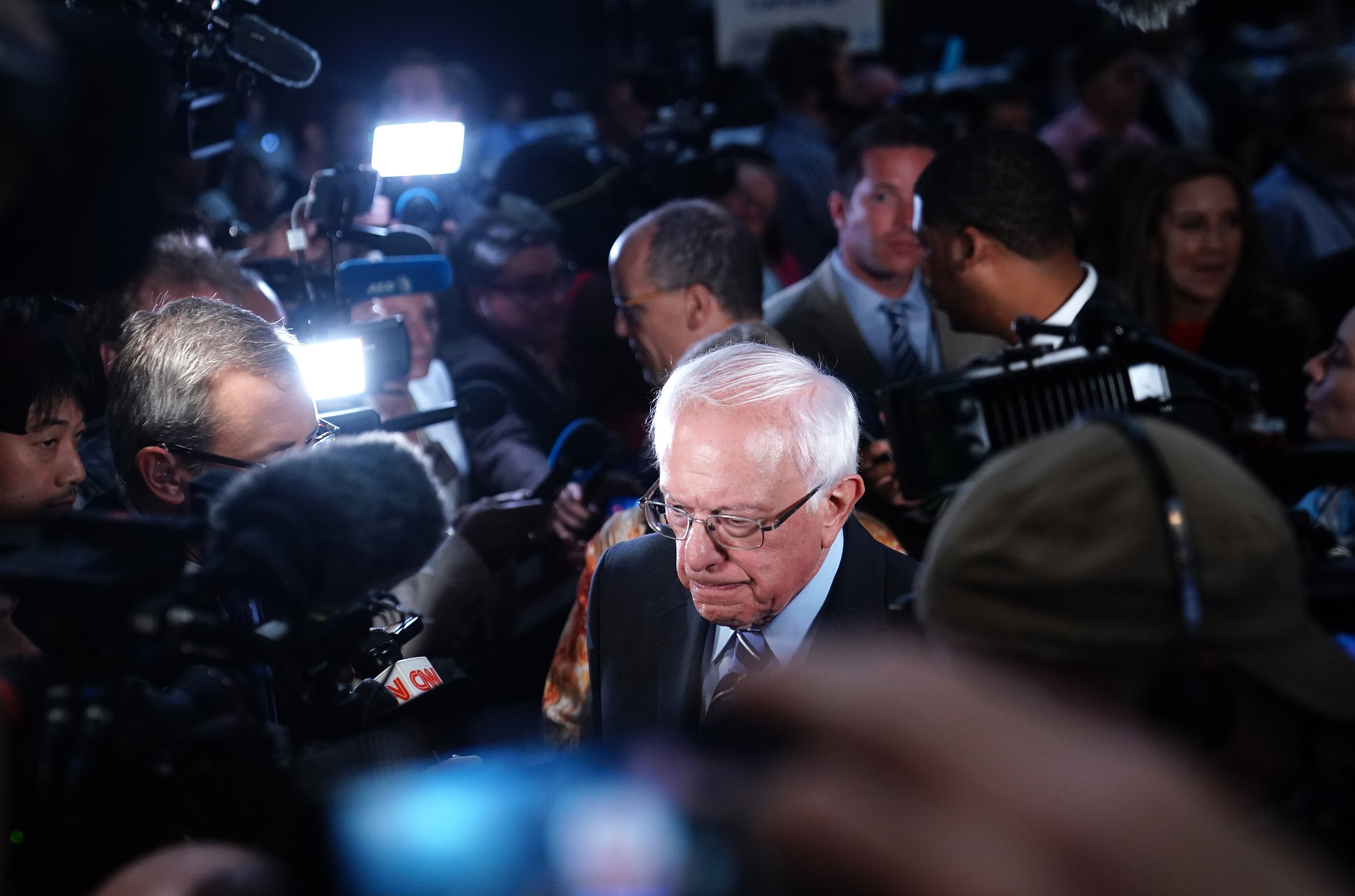 Senator Bernie Sanders is surrounded by reporters and cameras in the “spin room” after the conclusion of the second night of the first U.S. 2020 presidential election Democratic candidates debate in Miami, Florida, U.S., June 27, 2019. REUTERS/Carlo Allegri

There are so many candidates vying for the Democratic presidential nomination that organizers opted to bring out only 10 of them at a time over two nights. During the first debate, both Massachusetts Sen. Elizabeth Warren and New York Mayor Bill de Blasio endorsed Sanders’ “Medicare for All” policy that would bring single-payer socialized medicine to the United States and would also cover illegal immigrants, as Sanders recently announced.

During the second debate night — when Sanders actually participated — most candidates spoke of an America where the federal government sides with “the people” instead of corporations. As New Jersey Sen. Cory Booker put it, “It’s about time that we have a president that fights for the people in this country.”

Sen. Cory Booker speaks during the first night of the Democratic presidential debate on June 26, 2019 in Miami. (Photo by Joe Raedle/Getty Images)

Sanders has also proposed that the federal government underwrite $1.6 trillion of student loan debt and provide “free” post-secondary education. While that policy hasn’t become Democratic gospel yet, some of the presidential candidates are getting there. South Bend, Indiana Mayor Pete Buttigieg announcing Thursday night that he supports “free college for low and middle-income students for whom cost could be a barrier,” the Examiner noted. (RELATED: Bernie Sanders Says ‘Health Care For All’ Will Require Tax Increases)

Since former Vice President Joe Biden entered the race and immediately became the front-runner, Sanders has watched the steady erosion of his strong second-place position. A Morning Consult/FiveThirtyEight poll has Sanders still in second, but at 17.3% he’s barely ahead of California Sen. Kamala Harris, who had a strong showing on Thursday. Elizabeth Warren isn’t’ far behind either, at 14.4%.