The Department of Justice has reportedly began to probe Boeing’s 787 Dreamliner model amid a continued investigation into the aircraft manufacturing behemoth’s 737 MAX, according to people familiar with the investigation.

It’s unclear how connected the reported examination of the 787 Dreamliners is with its criminal investigation into design and certification of the 737 MAX. The subpoenas were allegedly issued to individual employees at the Boeing 787 Dreamliner plant in South Carolina earlier in June, a source told The Seattle Times on Friday. Two other sources familiar with the investigation cited the subpoenas as well.

Boeing has not been convicted with any crime after two deadly 737 MAX crashes within the past year. A Lion Air flight from Jakarta, Indonesia, crashed and killed 189 people in October 2018. Then an Ethiopian Airlines flight crashed and killed all 157 people on board in March. (RELATED: Boeing’s 737 MAX Was Supposed To Return Soon, But FAA Found Another Glitch)

Reports that the Justice Department is taking a look at the 787 Dreamliners made in North Charleston come after an April story in The New York Times that described the plant as “plagued by shoddy production and weak oversight.” 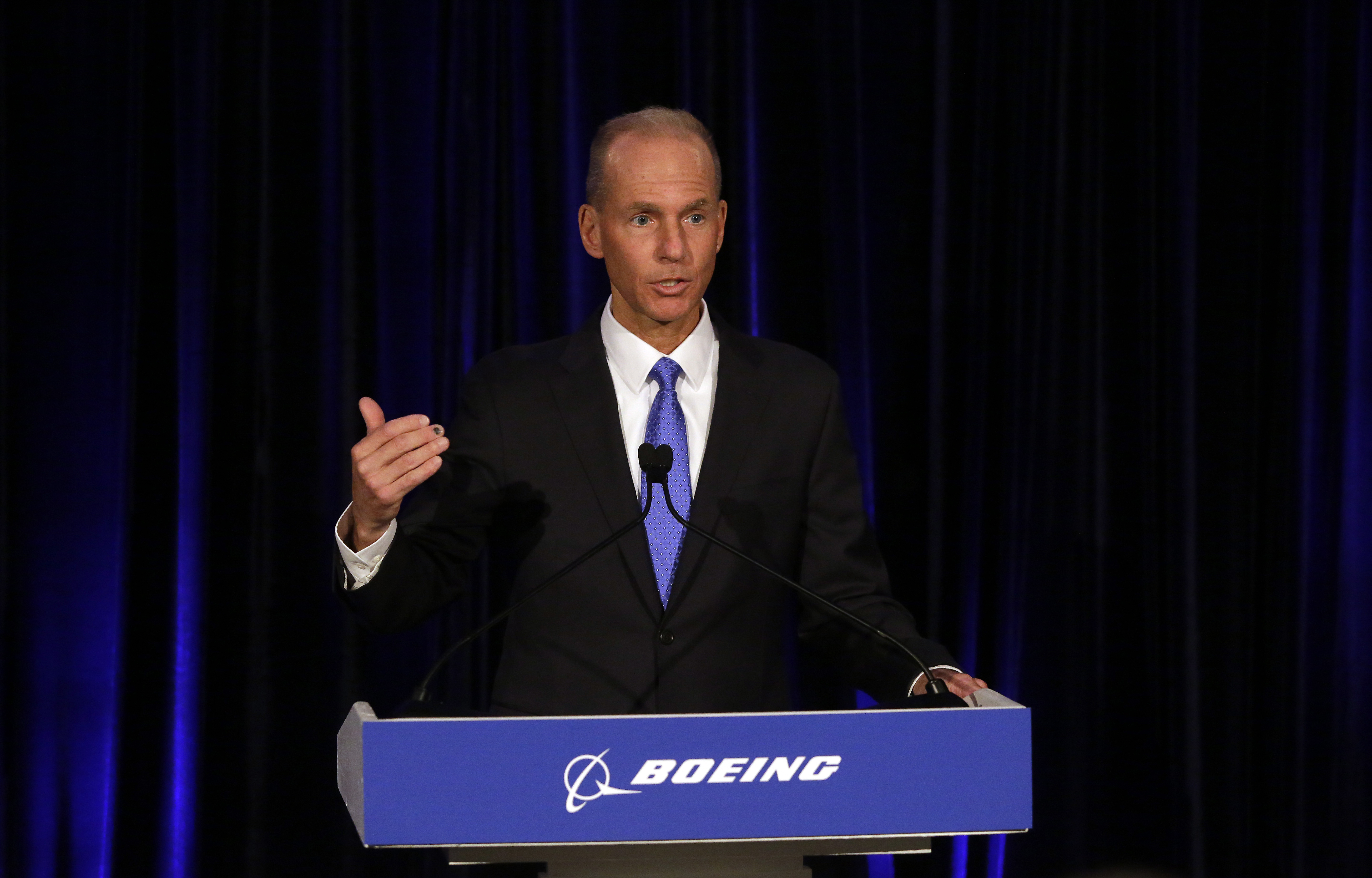 Boeing’s Chairman, President and CEO Dennis Muilenburg speaks during a news conference after Boeing’s Annual Meeting of Shareholders at the Field Museum on April 29, 2019 in Chicago, Illinois. (Photo by Joshua Lott-Pool/Getty Images)

The South Carolina plant made about half of 787 Dreamliners in 2018. Dreamliners were grounded as a fleet in January 2013 after two battery-overheating incidents, according to The Seattle Times.

Reports of the 787 Dreamliner probe come after the Federal Aviation Administration said Wednesday it is requesting an additional fix for the flaw that affected two 737 MAX planes involved in the October and March crashes.