U.S. District Judge Haywood Gilliam, an Obama appointee, expanded an earlier order and forbade the government from moving forward with specific border wall projects in Arizona, California, and New Mexico. He also turned the previous order into a permanent injunction.

Elsewhere in his decision, Gilliam said government lawyers were advancing “an argument that the court should not enjoin conduct found to be unlawful because the ends justify the means. No case supports this principle.”

After declaring a national emergency at the southern border, the administration announced it would reprogram $600 million from the Treasury Department’s forfeiture fund, $2.5 billion from Defense Department counter-narcotics activities, and $3.6 billion from military construction projects to finance construction of the wall. The $2.5 billion for counter-drug efforts were at issue in Friday’s case.

The plaintiff in Friday’s case is the Sierra Club, an environmentalist group that claims “recreational and aesthetic interests” in habitats near the border, like “hiking, birdwatching, photography and other professional, scientific, recreational, and aesthetic uses.” A border wall will inevitably restrict their access to those habitats, the plaintiffs say, thereby diminishing their quality of life. They also fear heightened racial tensions and environmental damage. (RELATED: Supreme Court To Decide If Trump Can Terminate DACA) 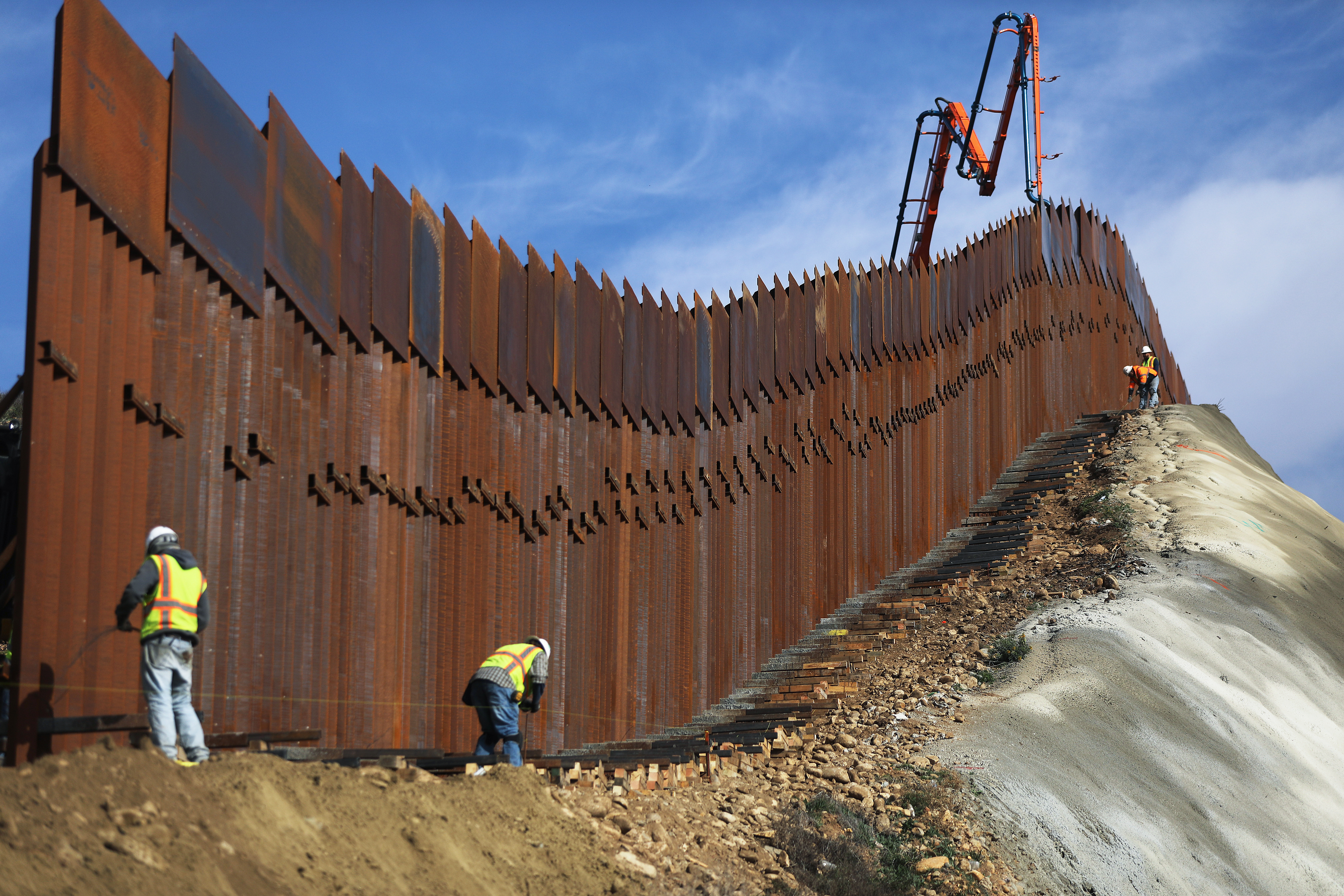 A construction crew works as new sections of the U.S.-Mexico border barrier are installed on January 11, 2019. (Mario Tama/Getty Images)

“Congress was clear in denying funds for Trump’s xenophobic obsession with a wasteful, harmful wall,” ACLU staff attorney Dror Ladin, who argued the case, said after the ruling. “This decision upholds the basic principle that the president has no power to spend taxpayer money without Congress’ approval. We will continue to defend this core principle of our democracy, which the courts have recognized for centuries.”

The judge said he would not stay his ruling pending appeal, as the Trump administration had requested. Gilliam’s order can be appealed to the 9th U.S. Circuit Court of Appeals.

Other legal bids to stop reallocation of federal funds for the border have proven unsuccessful. A federal judge in Washington, D.C., ruled against House Democrats in a similar lawsuit on June 3.