Democratic presidential candidate Beto O’Rourke was in Ciudad Juárez, Mexico on Sunday to visit with migrants who were not allowed into the United States.

The former Democratic Texas representative, who represented a border congressional district, said he wanted to talk to the migrants about their experiences as people who are “directly impacted by Donald Trump’s cruel and inhumane policies,” according to the Associated Press. 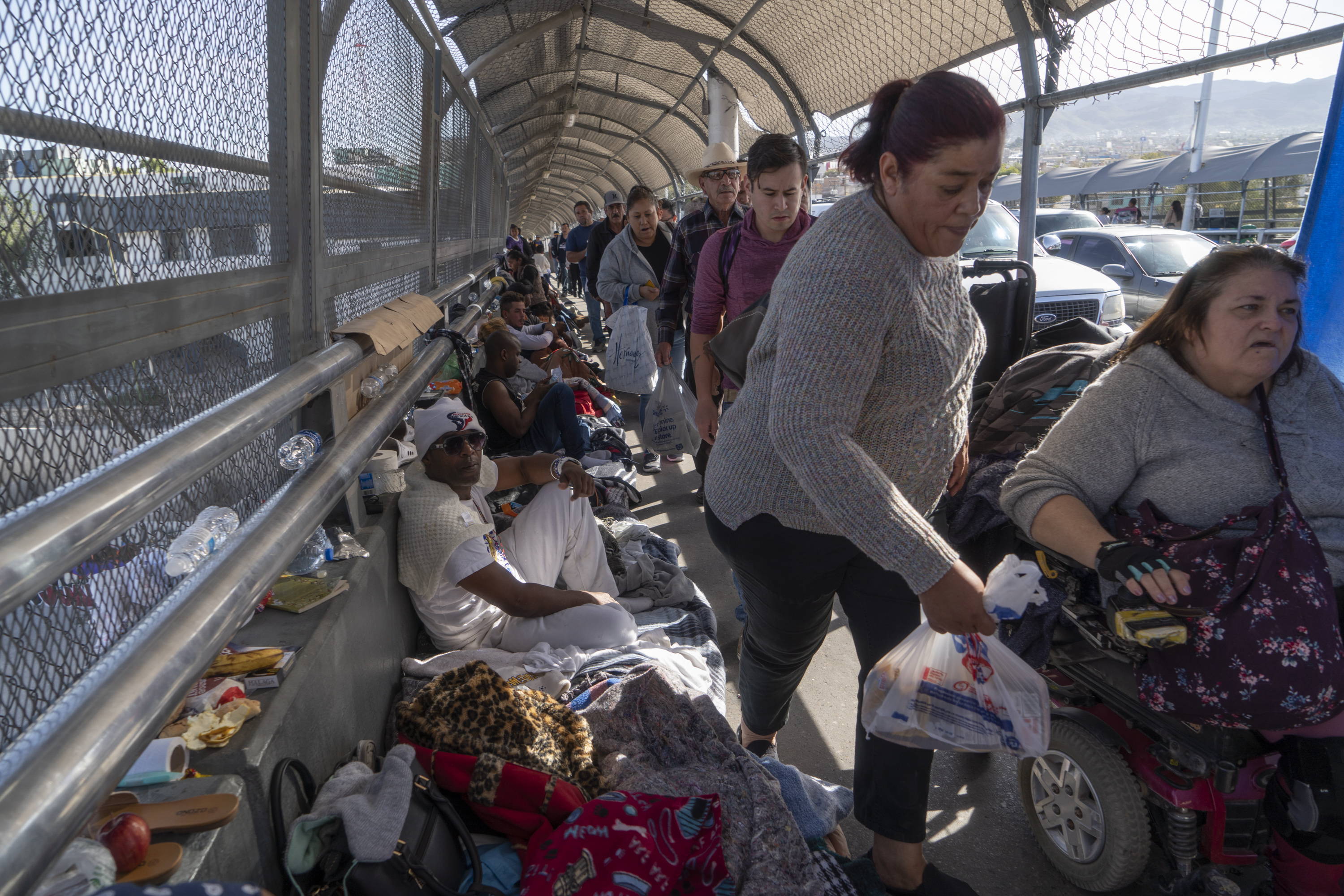 O’Rourke, who recently acknowledged the existence of the border crisis, said he is in Mexico to “shed light on the desperate circumstances those who are seeking asylum and refuge are fleeing, and the conditions these families and individuals are forced to endure when they’ve been turned away from our borders.” (RELATED: Democratic Mayor: ‘We Are Sick And Tired’ Of Government Inaction On Illegal Immigration)

Journalist Bob Moore tweeted: “In Ciudad Juarez, ⁦Beto O’Rourke meets with Central American asylum seekers forced to wait at a Mexican shelter. 19-year-old woman on the left was separated from her parents and younger siblings at the border. They were allowed to go to California; she was sent to Juarez.”

In Ciudad Juarez, ⁦@BetoORourke⁩ meets with Central American asylum seekers forced to wait at a Mexican shelter. 19-year-old woman on the left was separated from her parents and younger siblings at the border. They were allowed to go to California; she was sent to Juarez. pic.twitter.com/A5XVJKf6P4

O’Rourke is the first 2020 Democratic presidential candidate to take his campaign outside of the United States.

He has denounced the president for insisting asylum seekers “remain in Mexico” while their refugee claims are adjudicated instead of being released on American soil and potentially fleeing from authorities. (RELATED: WATCH: Julian Castro Blames Trump For Deaths Of Father And Child Who Drowned In The Rio Grande)

O’Rourke held Trump “responsible” for the drowning deaths of a father and daughter who tried to illegally enter the United States via the Rio Grande River. The pair was reportedly warned not to try to cross the river because of the evident danger.