Democratic 2020 contenders were largely at a loss when asked how they would navigate Senate Majority Leader Mitch McConnell and his Republican majority during the primary debates in Miami, offering answers that were alternatively vague or unrealistic.

Some candidates spoke in generalities about pressuring Republicans through mass political action, while others promised elusive structural reforms could end the GOP’s dominance in the upper chamber.

Democratic Sen. Elizabeth Warren of Massachusetts said she would make Congress “reflect the will of the people” by applying pressure from inside and outside Congress on GOP lawmakers. Similarly, New York City Mayor Bill de Blasio promised to lead Democrats into red states to court conservative voters and pressure their Republican representatives.

Nor were answers impressive when candidates offered specifics — Washington Gov. Jay Inslee said Democrats could end obstructionism by getting rid of the 60-vote threshold to move legislation. Yet that step is impossible unless Democrats take control of the Senate. Even if the party attains a legislative majority, many elder statesmen in the caucus would oppose such a measure.

Former Vice President Joe Biden said he was uniquely positioned to work with Republicans given his decades of experience in the Senate. Biden said he got McConnell to raise $600 billion in taxes during a 2012 deficit reduction deal as proof he could work with the GOP. That claim prompted a retort from Democratic Sen. Michael Bennet of Colorado who said the deal — which made Bush-era tax cuts permanent — was a “complete victory for the tea party.”

Whether Republicans will keep control of the Senate in 2020 is an open question. The GOP is defending 22 of the 33 seats on the ballot, with vulnerable incumbents in Arizona and Colorado. However, Democrats have struggled to recruit marquee talent for Senate races, with promising recruits like former Rep. Robert “Beto” O’Rourke and former Colorado Gov. John Hickenlooper forgoing Senate campaigns in favor of presidential bids.

Democrats might hope to move a Supreme Court nominee through the Senate after 2020, however. Though McConnell cautioned that confirmation is a different question, the majority leader told reporters Thursday it would be “unsustainable” to refuse a new president a floor vote on a Supreme Court nomination. (RELATED: Supreme Court To Decide On Trump’s Bid To End DACA) 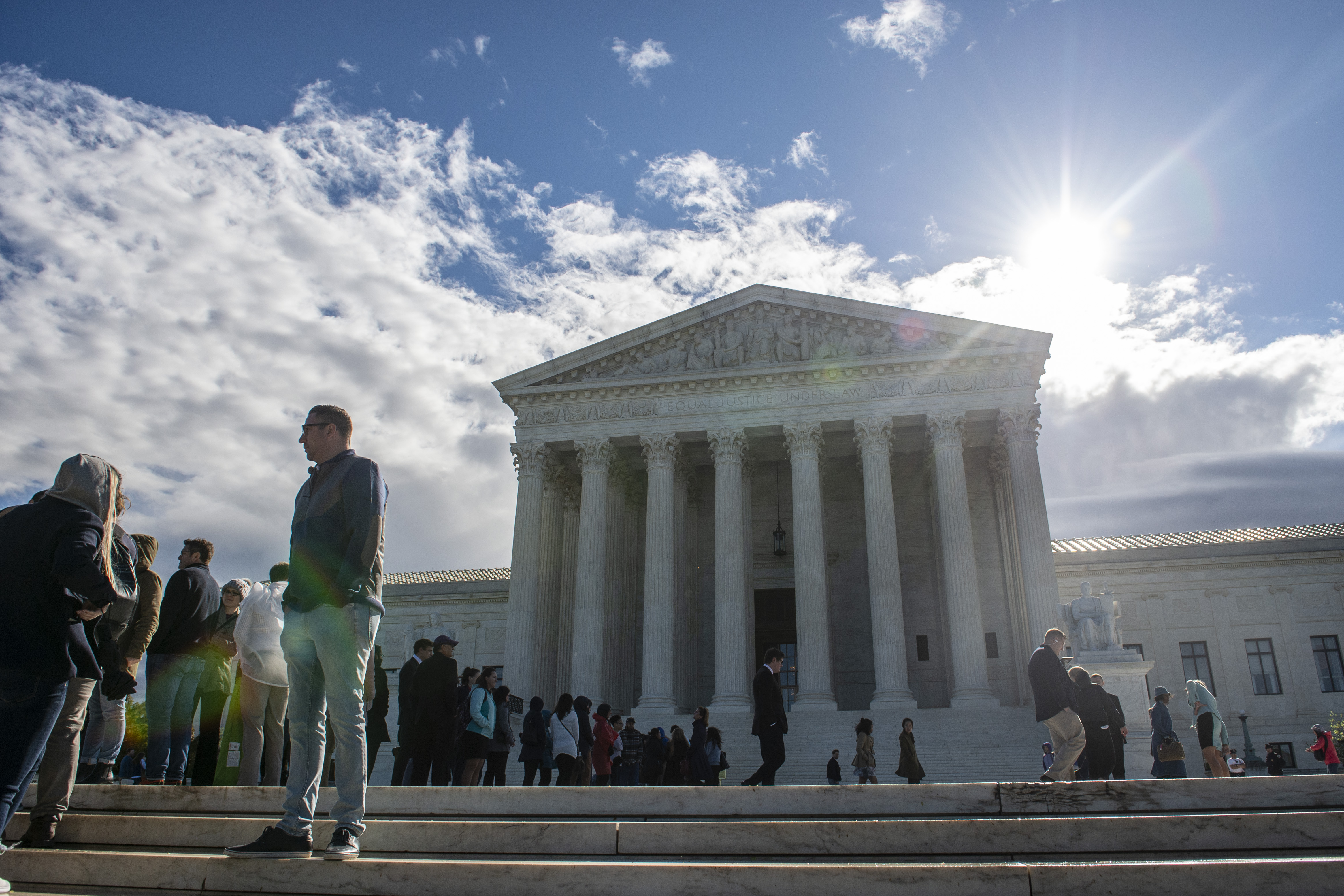 “I can’t imagine any scenario under which — in the early part of a president’s term you would not have a vote,” McConnell told reporters. “That doesn’t mean the person would necessarily be confirmed.”

McConnell also said the best course of action would be extended discussions between both sides in hopes of producing a consensus nominee.

“I would guess there would be much more consultation and much more back-and-forth discussion in a situation like that,” McConnell said.

Two left-leaning justices on the high court are in retirement range — Justice Ruth Bader Ginsburg is 86 and Justice Stephen Breyer is 80.

Whether Republicans will keep control of the Senate in 2020 is an open question. The GOP is defending 22 of the 33 seats on the ballot, with vulnerable incumbents in Arizona and Colorado. However, Democrats have struggled to recruit marquee talent for Senate races, with promising recruits like former Rep. Robert “Beto” O’Rourke and former Colorado Gov. John Hickenlooper forgoing Senate campaigns in favor of presidential bids.