“I say again that Israel will not allow Iran to develop nuclear weapons,” Netanyahu said in a statement to Reuters.

His demands came after Israeli Energy Minister Yuval Steinitz said Iran was hoarding more low-enriched uranium than it was supposed to, calling it “nuclear blackmail.”

“It’s a blatant violation of the agreement,” Steinitz told an Israeli public broadcasting outlet. “Iran is carrying out nuclear blackmail. It is saying to the world, ‘Look how close we are to a nuclear weapon.'” (RELATED: Iran Surpasses Nuclear Fuel Stockpile Limit, State Media Reports) 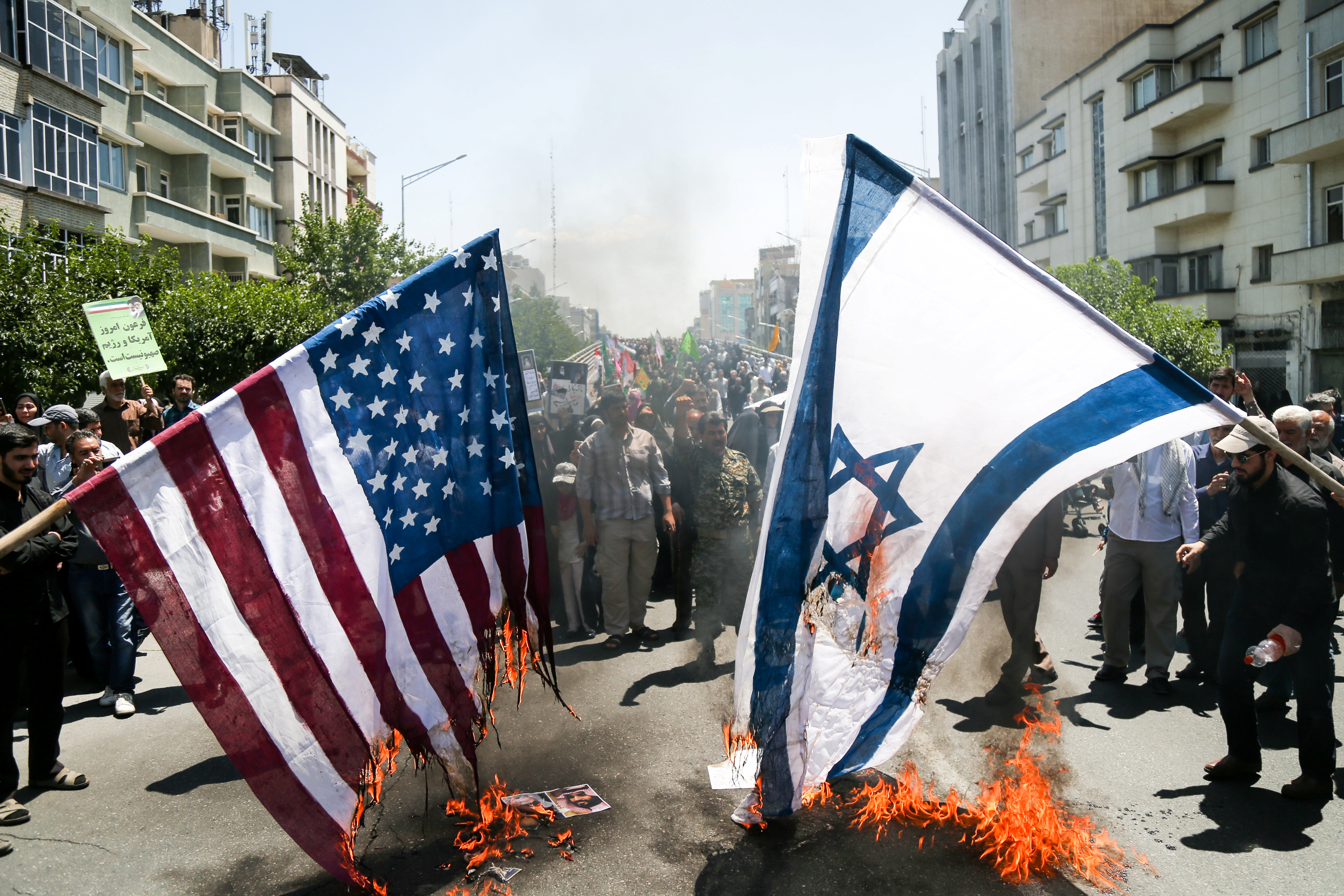 Iranians burn U.S. and Israel flags during a protest marking the annual al-Quds Day (Jerusalem Day) on the last Friday of the holy month of Ramadan in Tehran, Iran June 8, 2018. (REUTERS/Tasnim News Agency)

The United Nations in 2015 lifted a series of sanctions on Iran that dated back to 1979, following its participation in the deal. Violations of the deal result in potentially slapping the sanctions back on.

“On this day I also call on all European countries to stand behind their commitments. You committed to act the moment Iran violates the nuclear agreement, you committed to activate the mechanism for automatic sanctions that was set in the (U.N.) Security Council,” Netanyahu added.

President Donald Trump pulled the United States out of the deal in 2018, calling it “decaying” and “rotten.” The Obama-era agreement reportedly cost U.S. taxpayers billions of dollars, according to BBC.

Trump issued “hard-hitting” sanctions of his own for Iran on June 24 in retaliation for the downing of a U.S. drone. The sanctions have reportedly locked up billions of dollars of Iran’s financial assets, according to Treasury Secretary Steve Mnuchin.