The massive field of 2020 Democrats is already showing signs of narrowing after reports Tuesday that White House hopeful and former Colorado Gov. John Hickenlooper’s senior team tried to convince him to end his campaign.

A CNN report cited “multiple sources familiar with the discussion” who said Hickenlooper’s campaign has only 13,000 donors and will likely run out of enough funding to qualify for future debates.

Hickenlooper is one of the few candidates who has criticized socialism. (RELATED: Cory Booker’s New Immigration Plan Would Sidestep Congress) 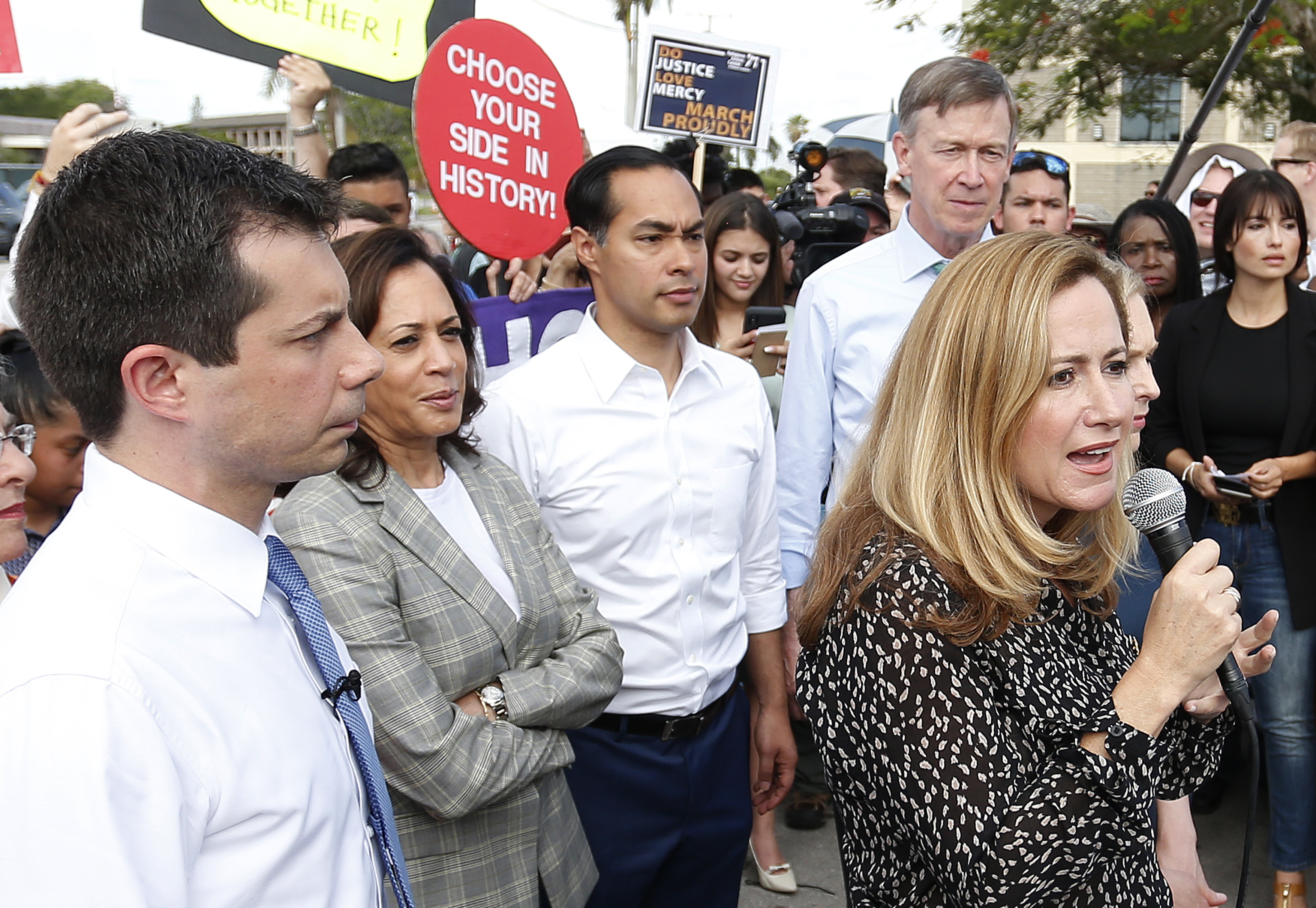 Hickenlooper’s senior team wanted him to switch to a Colorado Senate run in June, reported Politico. He kept going and made it to the first round of the Democratic presidential debates, although his presence at the next one is not guaranteed. His second-quarter campaign haul was only about $1 million.

“The bottom line is for a small campaign like us … it’s harder to raise money because we’re not promising free health care or, you know, to forgive free tuition for everyone, forgive student debt. We’re trying to present a picture of this country and what it could be in the future. … That’s a harder vehicle by which to get small donors,” Hickenlooper told MSNBC’s Craig Melvin.

The businessman and former governor appeared to blame his team for the less-than-stellar start.

“We thought it was time to make a change,” Hickenlooper told Melvin. “You know, these campaigns are long, hard campaigns, and you don’t always get it right with the first team.”

For now, Hickenlooper is still in the race, even though security mistook him for a member of the press ahead of the presidential debates in Miami earlier in June. Hickenlooper is polling at under 1% along with former Maryland Rep. John Delaney, Washington Gov. Jay Inslee and Ohio Rep. Tim Ryan, according to RealClear Politics.

Hickenlooper’s campaign did not immediately respond to the Daily Caller News Foundation’s request for comment.