Home Depot co-founder Bernie Marcus may share his first name with Sen. Bernie Sanders, but the entrepreneur has created jobs and has provided millions with health care through capitalism, while the 2020 presidential candidate vows to use democratic socialism to meet his goals.

Marcus, 90, said Sanders is “the enemy of every entrepreneur.” Marcus has created millions of jobs and opportunities for Americans since founding Home Depot in 1978. Sanders, on the other hand, has hit the campaign trail saying he’ll guarantee every American a job.

Home Depot employs over 400,000 employees and in March announced the hiring of 80,000 people as seasonal workers to help with an influx of shoppers.

Sanders has never started a business, but hopes to be able to use the government to ensure that all Americans have a job. He has outlined a plan that promises Americans a $15 an hour job.

Marcus’s business has provided health insurance to workers and to millions of their family members.

Sanders has outlined a plan for “Medicare-for-all,” which aims to guarantee every single American health insurance, plus the almost 11 million illegal immigrants.

“Absolutely, absolutely,” Sanders said during the 2020 Democratic debate June 27. “When I talk about health care being a human right, last time I heard that undocumented people are human beings as well.”

Medicare currently is for seniors and is paid by taxpayer dollars.

Sanders’s plan will increase taxes for the middle class

Sanders conceded during a June 27 debate that his policies would increase taxes for the middle class. Instead of creating opportunities for people to get jobs and create wealth, Sanders has vowed to spread the existing wealth and take more money from citizens.

“Yes, they [middle class] will pay more in taxes and less in health care for what they get,” Sanders said during the debate.

Sanders’s health care plan alone is estimated to cost more than $32 trillion over the next decade, according to a report by Mercatus Center at George Mason University. 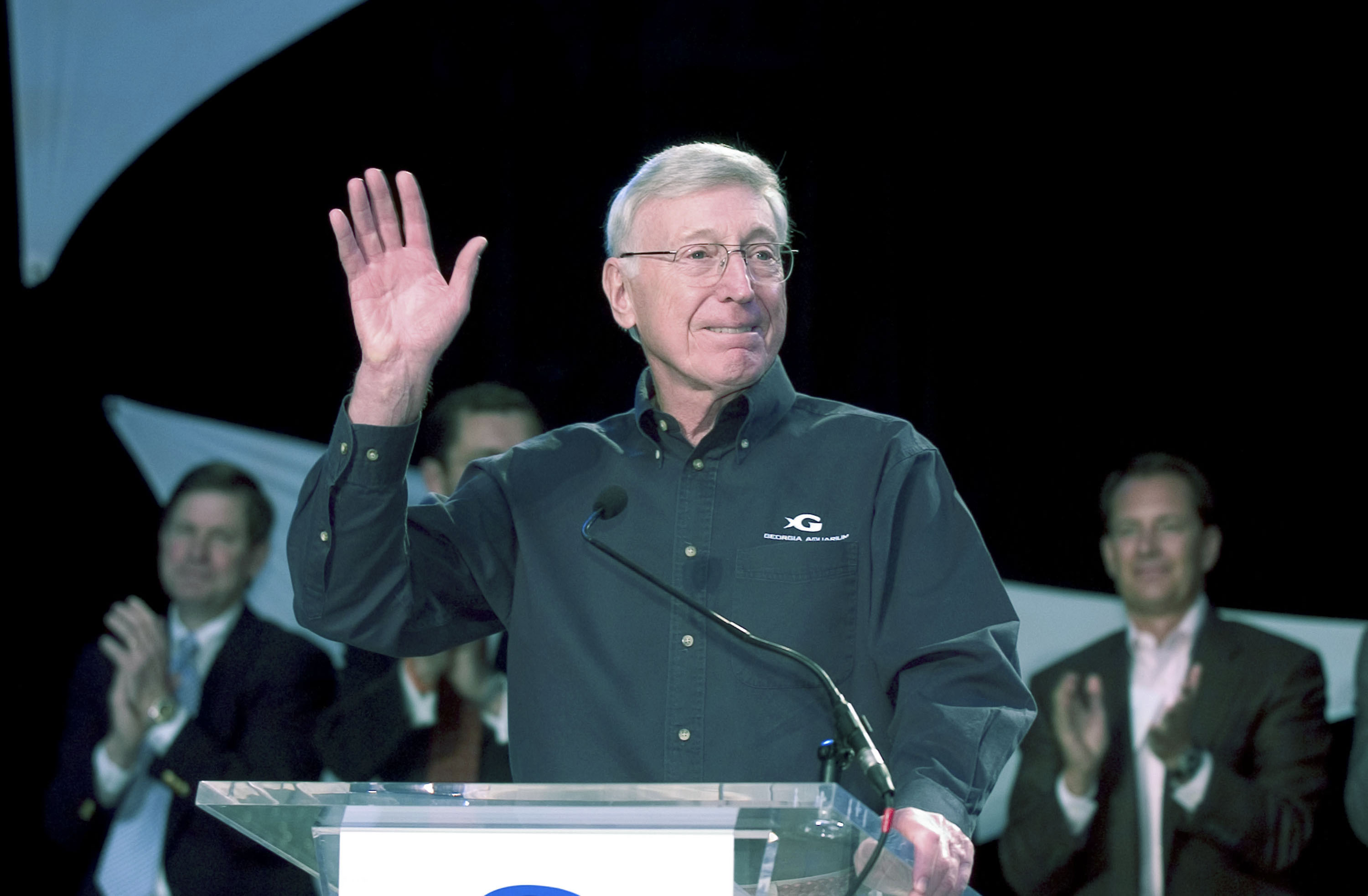 Although Home Depot has created huge job growth since its founding, Sanders has said that many big sources of production should be owned by the government. (RELATED: No Middle Ground For Bernie Sanders On The Government Running Your Life)

Sanders said that there should be “public ownership of the major means of production” in 1976, a statement which, if enacted, would destroy large private businesses such as Home Depot, despite the growth that the company has provided for America over the years.

“He [Sanders] is the enemy of every entrepreneur that’s ever going to be born in this country and has been born in the past,” Marcus said in an interview with Fox News June 24.

Marcus has a track record of philanthropy

Marcus has given away over $2 billion to around 300 organizations, he reported.

“I want to live to be 100 because I want to be in a position to give it away to those things that I really believe in,” Marcus said, according to Fox Business on June 30. “I’ve got all the houses I need. I live very well. My kids are taken care of. Everything I live for now is finding the right things to put my money into and that can give me a rate of return in emotion and doing good things for this world.”

Meanwhile, Sanders has given away 3.3% of his income, Tax Report found. Americans who earn between $25,000 and $50,000 a year are more generous than this, according to Issues & Insights.

“Believe it or not, Chavez in Venezuela came to power through a democratic process,” Marcus told Fox News in June. “If the people in America today, the fellows out here with the hard hats on, if they want to know what the future holds for them, and they follow Bernie Sanders, go to Cuba, go to Venezuela, go to Russia, go to eastern Europe. Guess what? It doesn’t work. The average Venezuelan last year lost 34 pounds. There is no food out there.”