“But we can’t wait for Congress to act, which is why, as president, Cory will start on Day One to end the abuses of the Trump Administration and use his executive authority to reform our immigration system,” a statement on Booker’s presidential campaign website reads.

Booker’s plan isn’t wildly different from those of other 2020 candidates, but it is one of the most detailed, according to The Associated Press. Tenets of Booker’s plan include steps to: 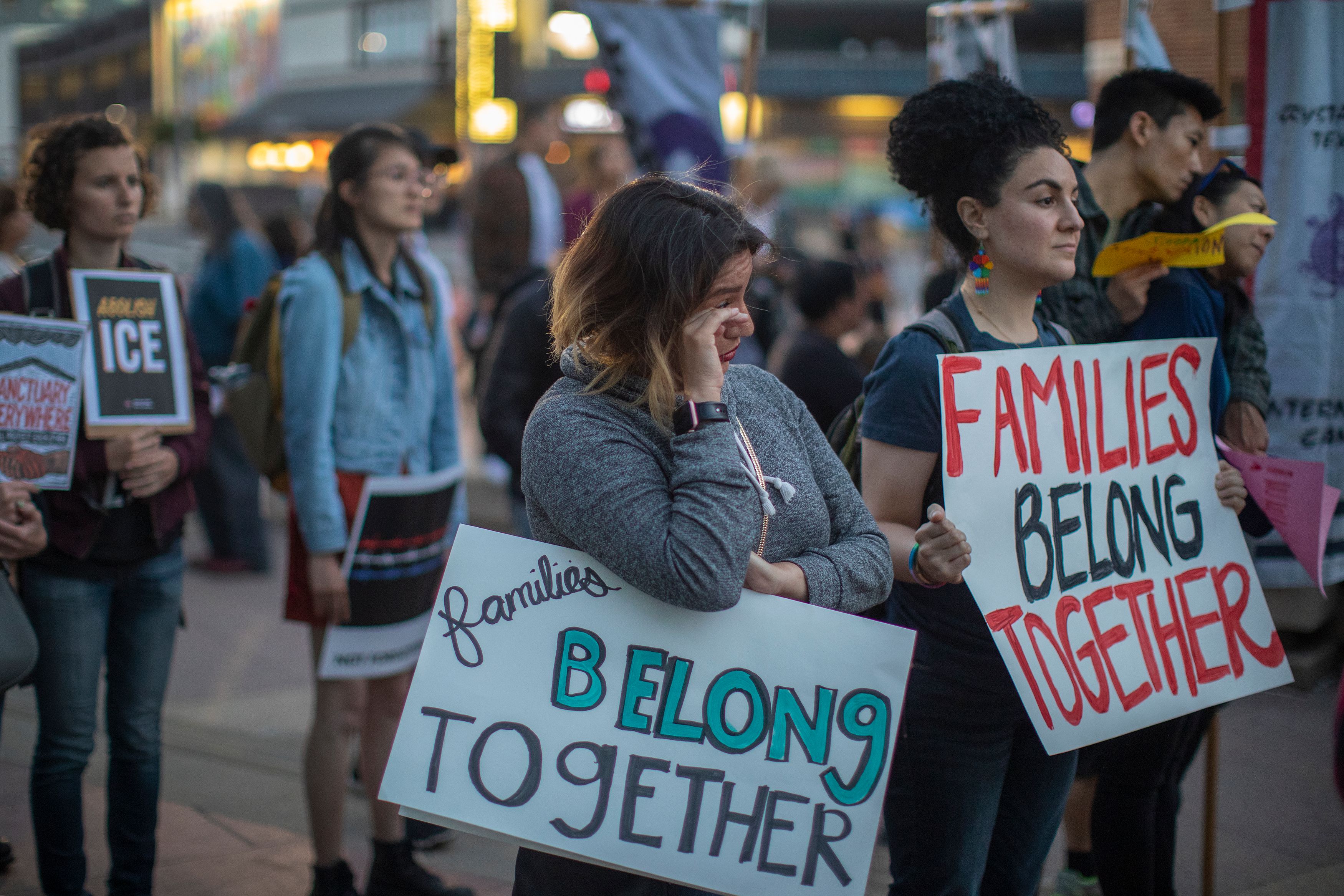 People rally in Little Tokyo to oppose a Trump administration plan to use Fort Sill Army base in Oklahoma as a detention center for immigrant children and other Customs Enforcement detainees outside the Japanese American National Museum, in Los Angeles on June 9, 2019. (DAVID MCNEW/AFP/Getty Images)

The release of Booker’s plan coincides with MoveOn.org’s #CloseTheCamps protest planned for the district offices of members of Congress. It also comes days after his participation in the first round of Democratic presidential debates that showed how far left nearly all of the candidates are when it comes to immigration policy.

For example, all 10 candidates on stage at Thursday night’s debate raised their hands when asked if undocumented immigrants should receive health coverage.

Booker is polling in the single digits among Democratic primary candidates, but he was praised for a solid performance at the first round of Democratic debates, reported the AP.