Brexit Party MEPs decided to turn their backs in protest to the EU as the anthem “Ode To Joy” played Tuesday during the first day of parliament. 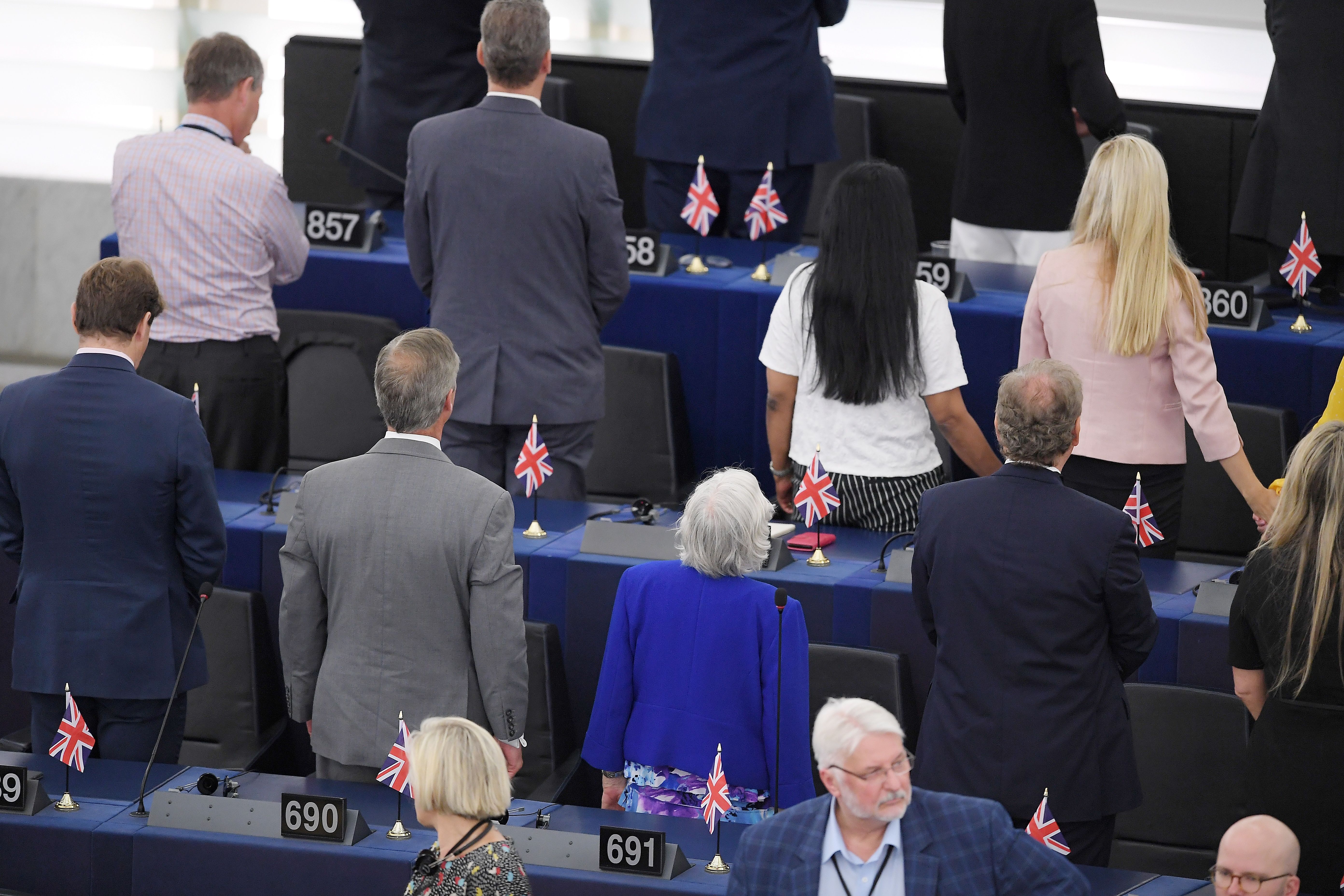 British MEPs Brexit Party turn their backs during the European anthem ahead of the inaugural session at the European Parliament on July 2 , 2019 in Strasbourg, eastern France. (Photo by FREDERICK FLORIN / AFP) (Photo credit should read FREDERICK FLORIN/AFP/Getty Images)

The 29 newly elected MEPs decided to face the back of the wall as the anthem played. Frustrated with the Brexit Party’s defiance, EU President Antonio Tajani said, “You stand for the anthem of another country.”

“What is disrespectful is to take the ancient nation states of Europe and without asking anybody’s permission, turn it into a country because that’s what the president of the parliament called it this morning,” said party leader Nigel Farage in response to EU president’s comments. “I’m all for a nation of states working together, trading together, I’m all for that. What I’m against is – and it was shown this morning by the very act of declaring it to be a country – is this forced political integration without any real democratic support.”

“No doubt, if it’s that noisy they’ll do their best to make sure we leave on the 31st October.”@Nigel_Farage suggests the @brexitparty_uk will continue to make their presence known in the EU parliament saying: “They’ll know we’re here.”

Farage continued to show support for his party MEPs’ protest by stating on Twitter afterwards, “The Brexit Party has already made its presence felt.”

The Brexit Party has already made its presence felt. https://t.co/cyHyYsG6y4

Other British MEPs have also expressed enthusiasm for their party:

Brexit Party MEPs have arrived in the EU Parliament. Here to get us out. pic.twitter.com/ZqqLyA2sRb

With my new ⁦@brexitparty_uk⁩ colleagues at the opening session of the 9th legislative. Making our presence felt pic.twitter.com/ycH5C23KNy

Earlier in May, The Brexit Party was elected with 32% of the vote; becoming one of Britain’s top political party in the European Parliament.