The Trump re-election effort now has $100 million cash on hand and raised more online in the second quarter than the entire first half of 2018.

“Our massive fundraising success is a testament to the overwhelming support for President Trump,” Trump campaign manager Brad Parscale said. “No Democrat candidate can match this level of enthusiasm or President Trump’s outstanding record of results.” 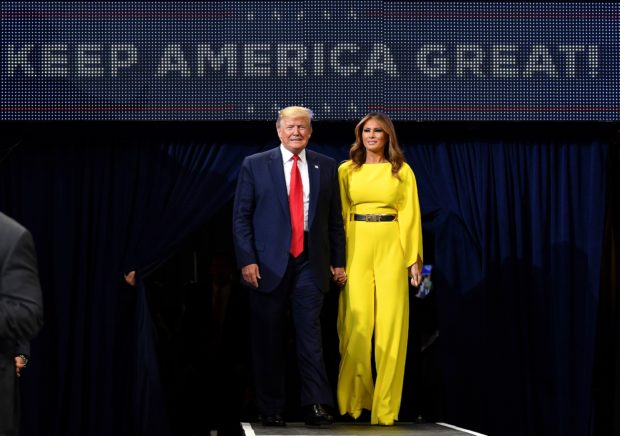 US President Donald Trump and First Lady Melania Trump arrive for the official launch of the Trump 2020 campaign at the Amway Center in Orlando, Florida on June 18, 2019. – Trump kicks off his reelection campaign at what promised to be a rollicking evening rally in Orlando. (Photo by MANDEL NGAN/AFP/Getty Images)

RNC Chairwoman Ronna McDaniel stated, “The RNC’s record-breaking fundraising has allowed us to identify troves of new supporters online and continue investing in our unprecedented field program. Our grassroots army is already hard at work–putting us in prime position to re-elect President Trump and Republicans across the country.”

The president raked in a record-breaking $24.8 million alone in the 24 hours after his campaign announcement in Orlando, Florida, more than any Democratic presidential candidate raised in the entire first quarter. (RELATED: Trump Raises ‘Record-Breaking’ Amount Only 24 Hours After His Campaign Kickoff, McDaniel Says)