A Republican senator and the editorial board of a liberal newspaper both took Nike to task Wednesday for its Chinese partnerships.

“You would think that this would be something to celebrate — the ‘Betsy Ross’ flag, I mean Betsy Ross let’s not forget, an independent businesswoman, who had her own shop in Philadelphia, who designed our nation’s first flag, who sewed our first flag, I mean she’s truly a founding mother,” Hawley said in a Fox News interview.

“This is something that is the best of America, and this is controversial to Nike? But meanwhile Nike’s sure willing to make a buck in China. They’re sure willing to partner with an authoritarian repressive regime. It’s the worst kind of hypocrisy,” added the Republican senator.

The Washington Post hammered Nike for its Chinese censorship in an editorial published Wednesday evening.

“Nike’s appeasement of China fits into a larger and more dangerous pattern of kowtowing by Western companies to Beijing’s demands for censorship,” the editorial board charged. (RELATED: IHOP Boycotts Tucker Carlson But Not Saudi Arabia)

“For years, the West believed that foreign economic investment and the exchange of ideas that came with it would push China away from isolationism and toward democracy and the rule of law. Yet, so far, China has successfully leveraged its massive and increasingly wealthy consumer base to accomplish the opposite — forcing Western firms to curb free speech,” the Post’s editorial continued.

“Foreign companies need to tread carefully. They should not abet China’s crusade against freedom of expression and democratic values,” it said. “The more they accept and legitimize Beijing’s censorship, the more complicit they are in cementing its authoritarian grip.”

Nike did not respond by press time to the Daily Caller News Foundation’s request for comment on its partnerships with China and the canceled shoes lines.

Catering to the Chinese government has been a consistent business strategy for Nike, which has a years-long running partnership with China’s Ministry of Education.

“Nike has also caught on to a bit of luck in perhaps one of the most effective ways of engaging business in Asia: teaming up with the government,” Fortune magazine noted in a March 2017 profile. 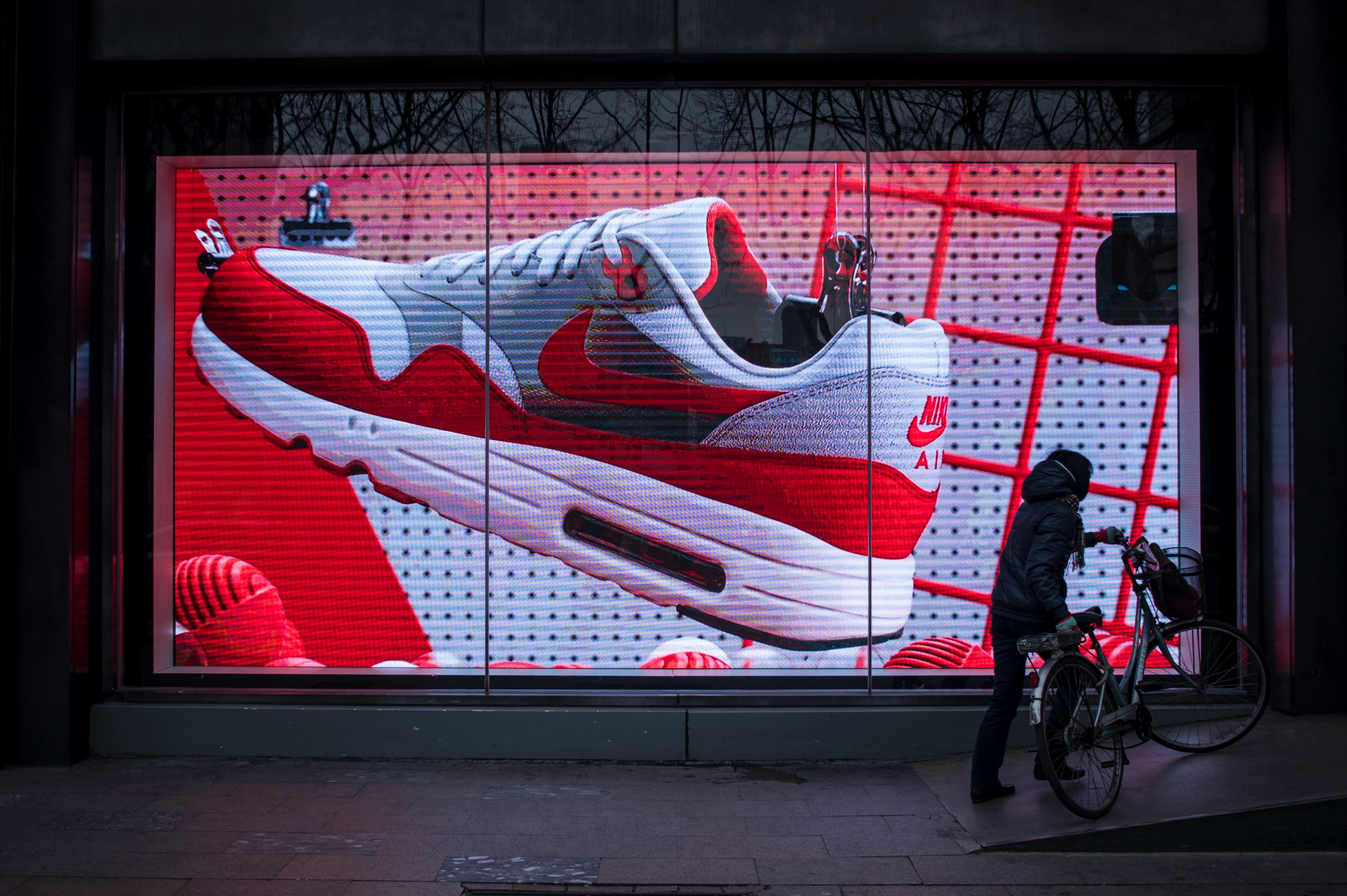 A woman pushes her bike next to the flagship store of sporting-goods giant Nike in Shanghai on March 16, 2017. (JOHANNES EISELE/AFP/Getty Images)

Disney threatened in May to boycott Georgia over its new abortion law, even as the company profits from doing business in China, a notorious human rights violator that is putting Muslims in internment camps.