The city is home to the University of Virginia, a school that Jefferson founded.

Instead, the council voted unanimously to celebrate Liberation and Freedom Day on March 3 to commemorate when U.S. Army forces freed slaves at the end of the Civil War, reported The Hill.

Kathy Galvin was the only council member who voted to continue honoring Jefferson on April 13. The vote tally was 4 to 1. (RELATED: Is The 2020 Field Starting To Narrow?) 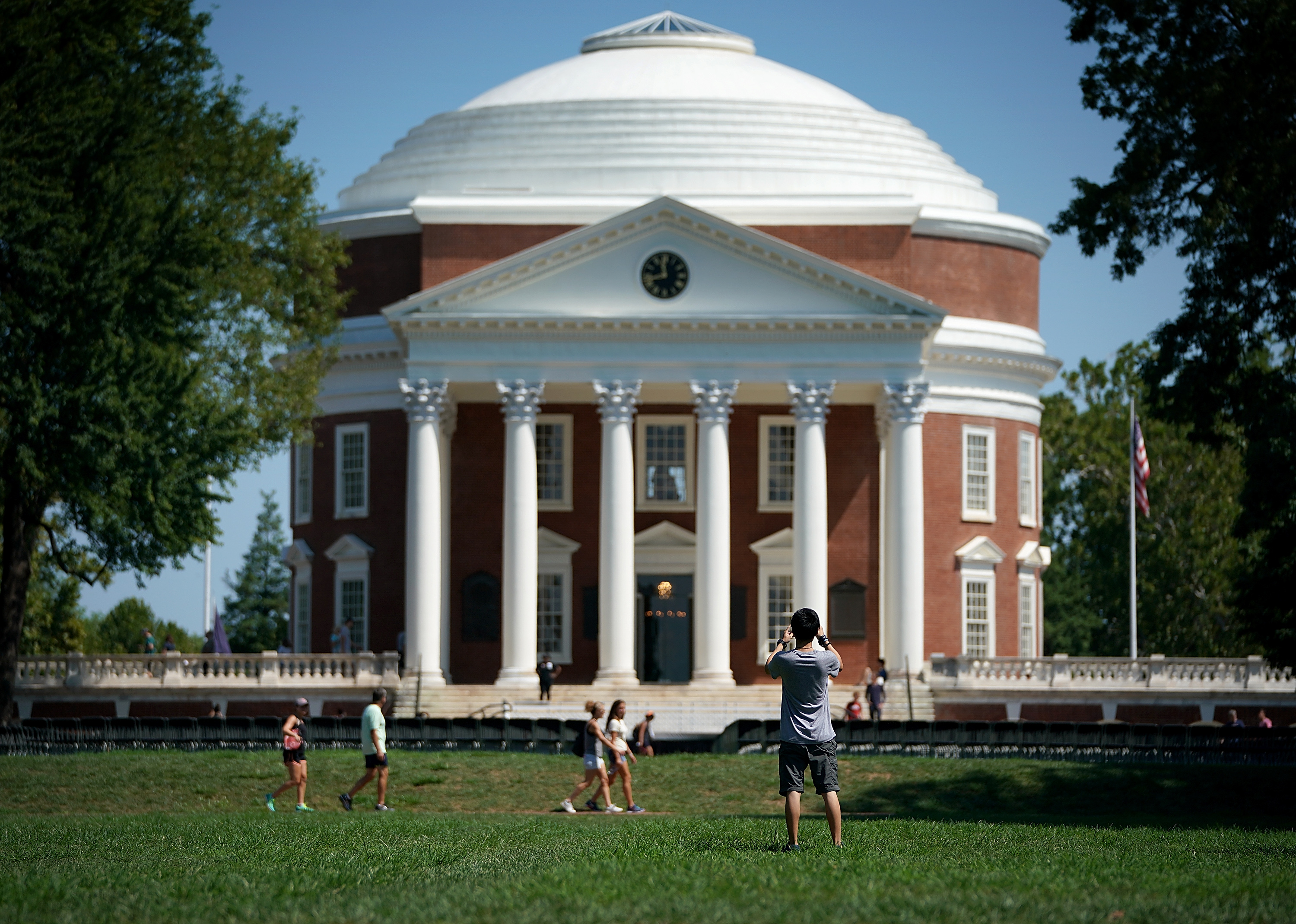 Students return to the University of Virginia for the fall semester on August 19, 2017 in Charlottesville, Virginia. (Photo by Win McNamee/Getty Images)

“Doing away with Thomas Jefferson’s birthday doesn’t do away with the history,” Galvin said during a Monday council meeting according to CBS19 News. “That birthday is still here. What he has done in the past is there.”

The council’s vote comes as the 2017 “Unite the Right” rally remains seared on Charlottesville’s collective memory. White nationalists angered by a city proposal to remove a Confederate statue clashed with counter-protesters with a deadly result. White supremacist James Alex Fields Jr., who drove over a crowd of protesters at the rally and killed 32-year-old Heather Heyer, was sentenced Friday to life in prison on hate crime charges.

Jefferson was the nation’s third president who wrote that “all men are created equal” in the Declaration of Independence yet owned hundreds of slaves. However, he also called slavery a “moral depravity.”

Jefferson’s legacy has been questioned elsewhere. A statue of the founding father was vandalized and decorated with Black Lives Matter paraphernalia and a sticker reading “DECOLONIZE” at New York’s Hofstra University in April.