America’s independence will be celebrated Thursday in Washington, D.C. with a parade, concert, fireworks display, and presidential address.

President Donald Trump will host “Salute to America,” in honor of the armed forces as part of the festivities. The event will feature the U.S. Army Band, the U.S. Marine Corps Silent Drill Team and the Old Guard Fire and Drum Corps.

A small number of armored vehicles will also be displayed on the National Mall, including two M1 Abrams tanks, two Bradley fighting vehicles and an armored M88 Recovery Vehicle.

The preparations for the Independence Day celebration are underway. 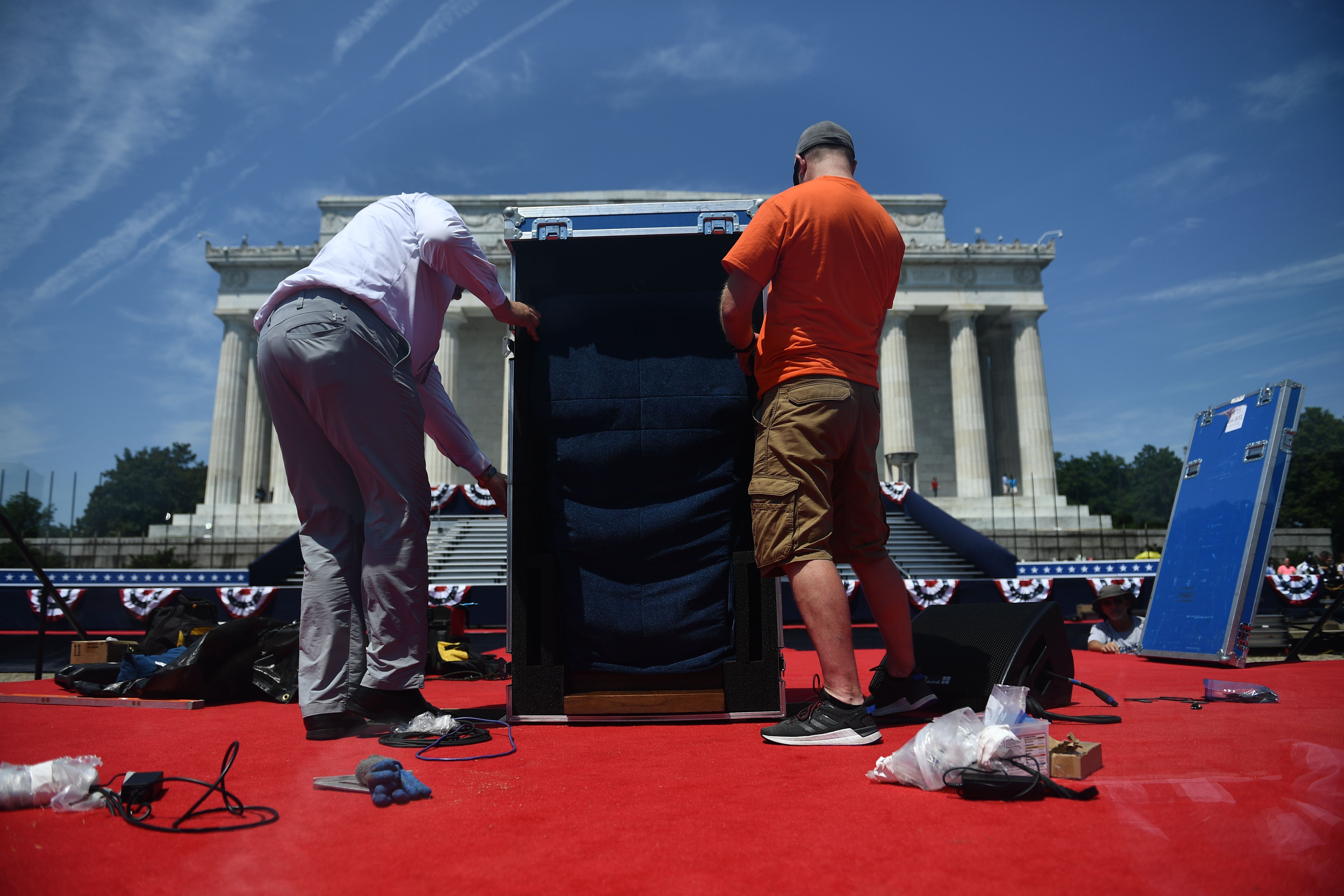 The lectern arrives at the Lincoln Memorial for Trump’s address. 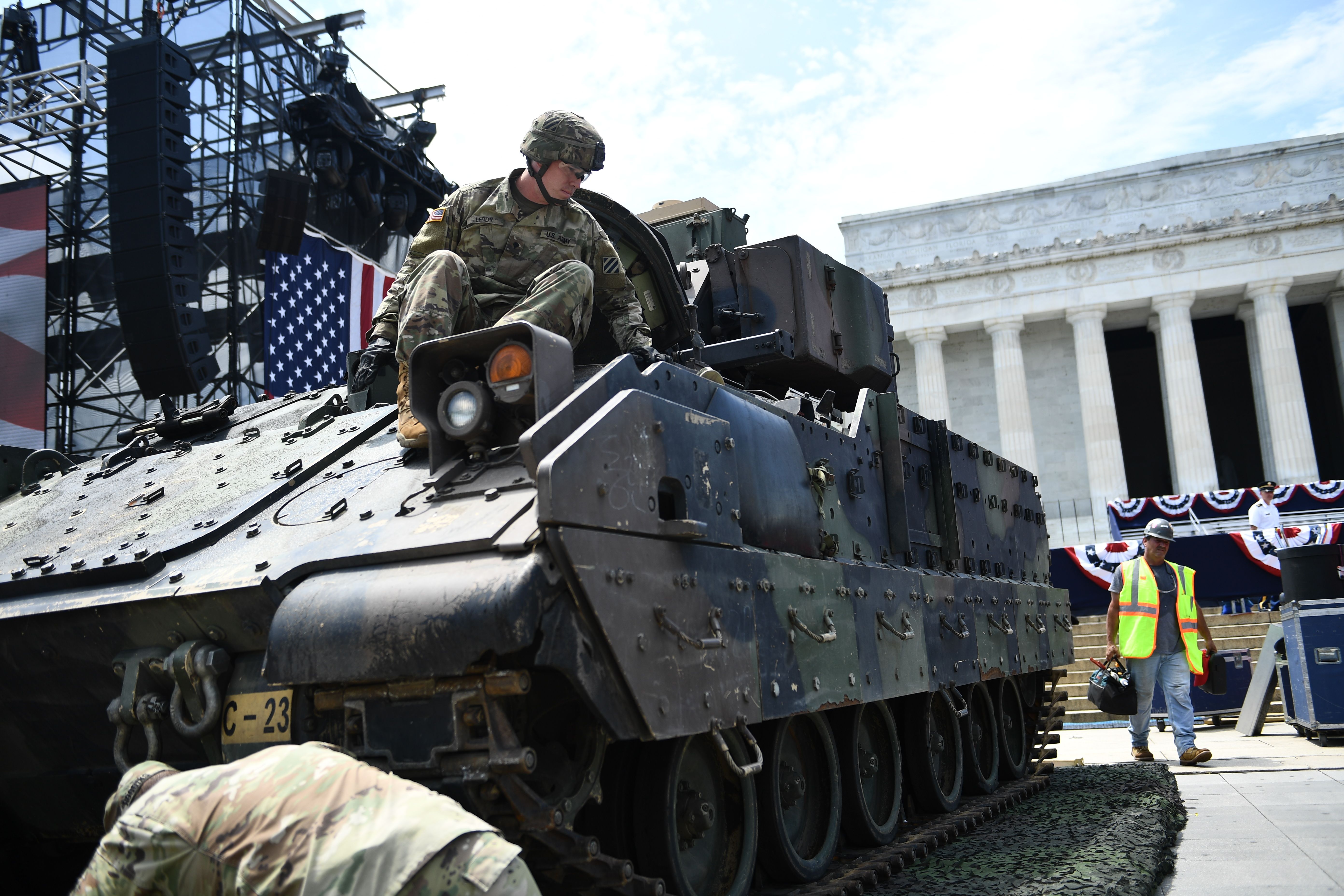 A service member sits on a Bradley Fighting Vehicle stationed in front of the Lincoln Memorial. 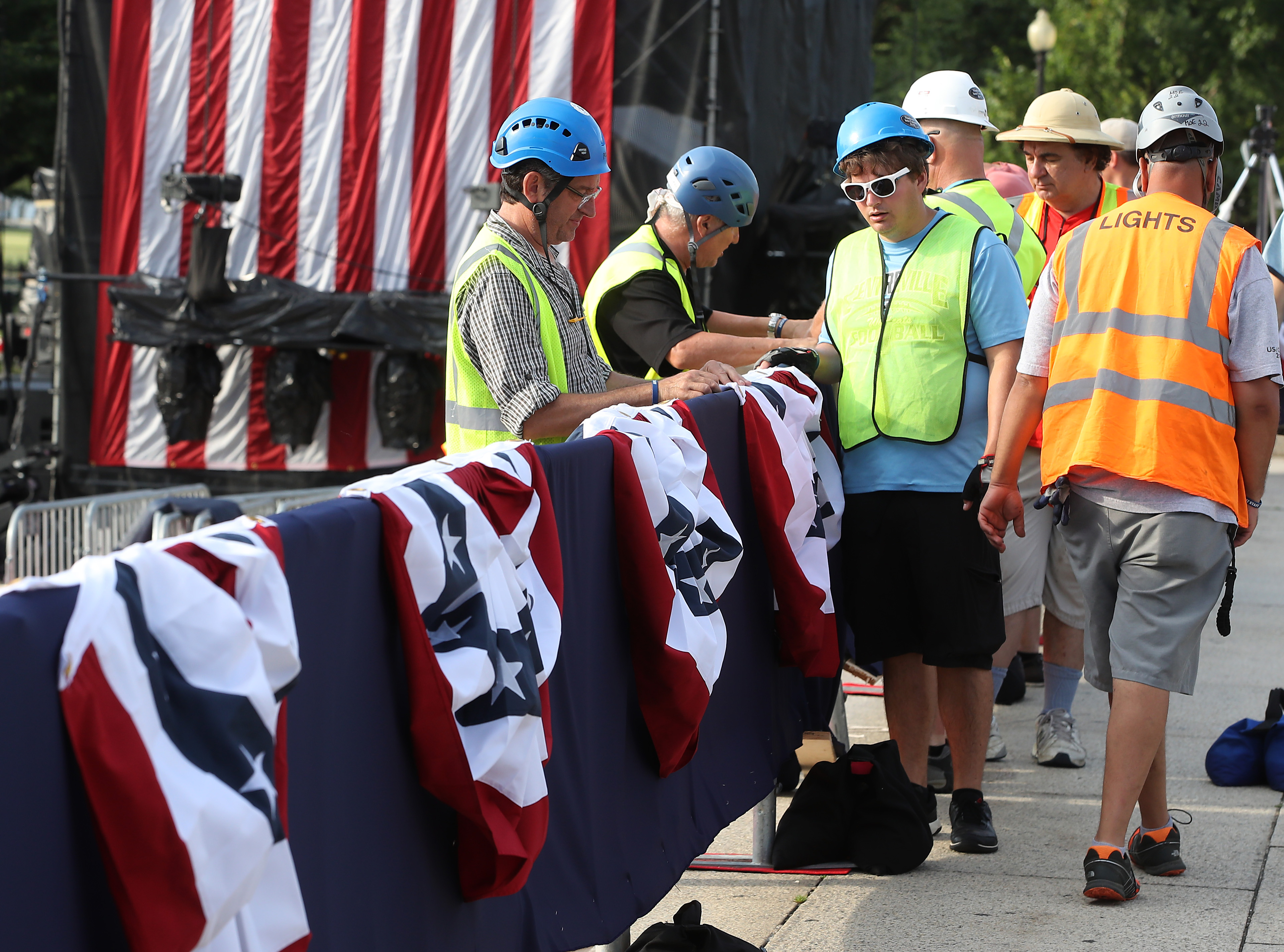 Workers install red, white, and blue bunting in front of Lincoln Memorial. VIP tickets are needed to stand in the area directly in front of the memorial, but the general public will also be able to view the speech. 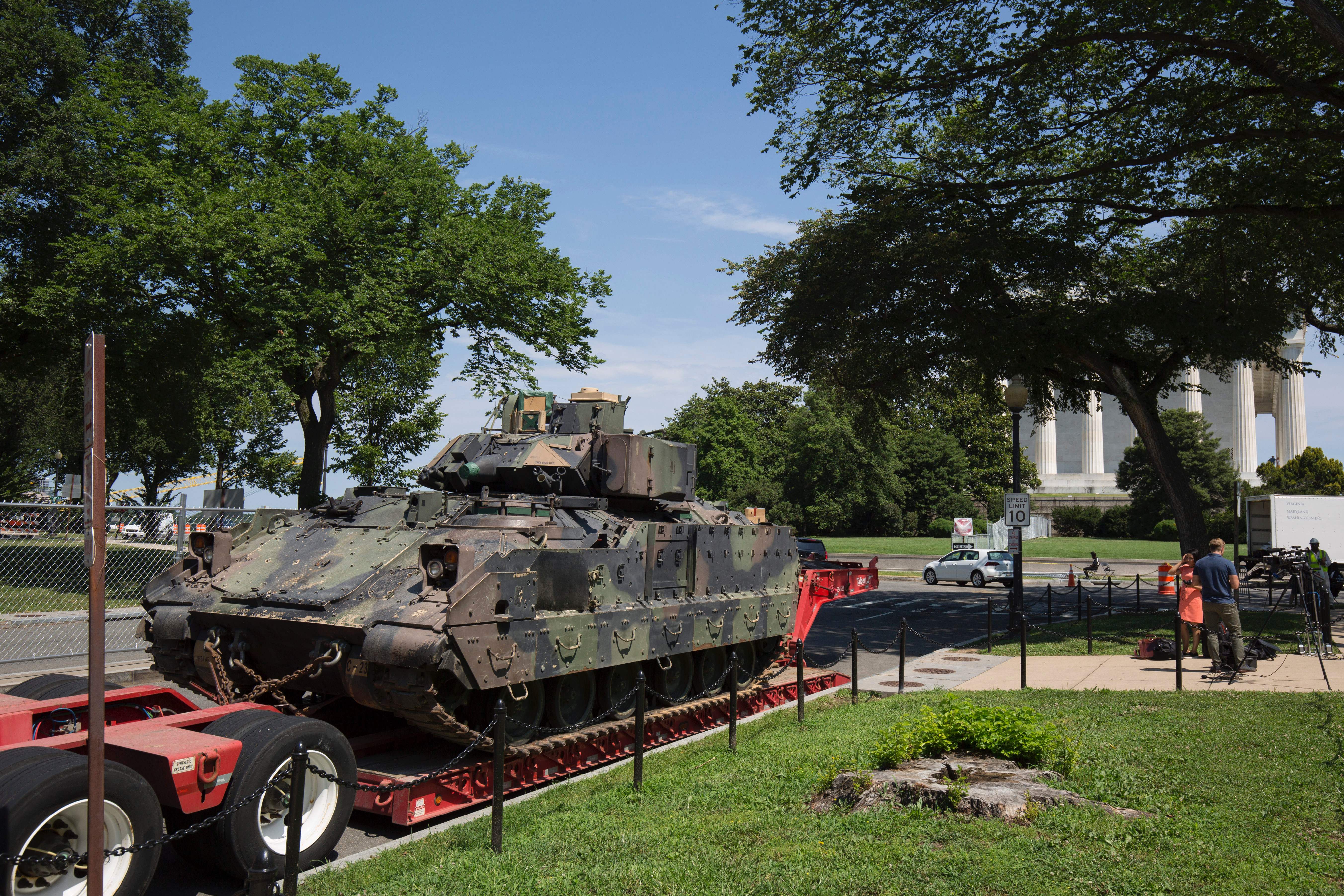 A Bradley Fighting Vehicle is seen in front of the Lincoln Memorial on July 3. 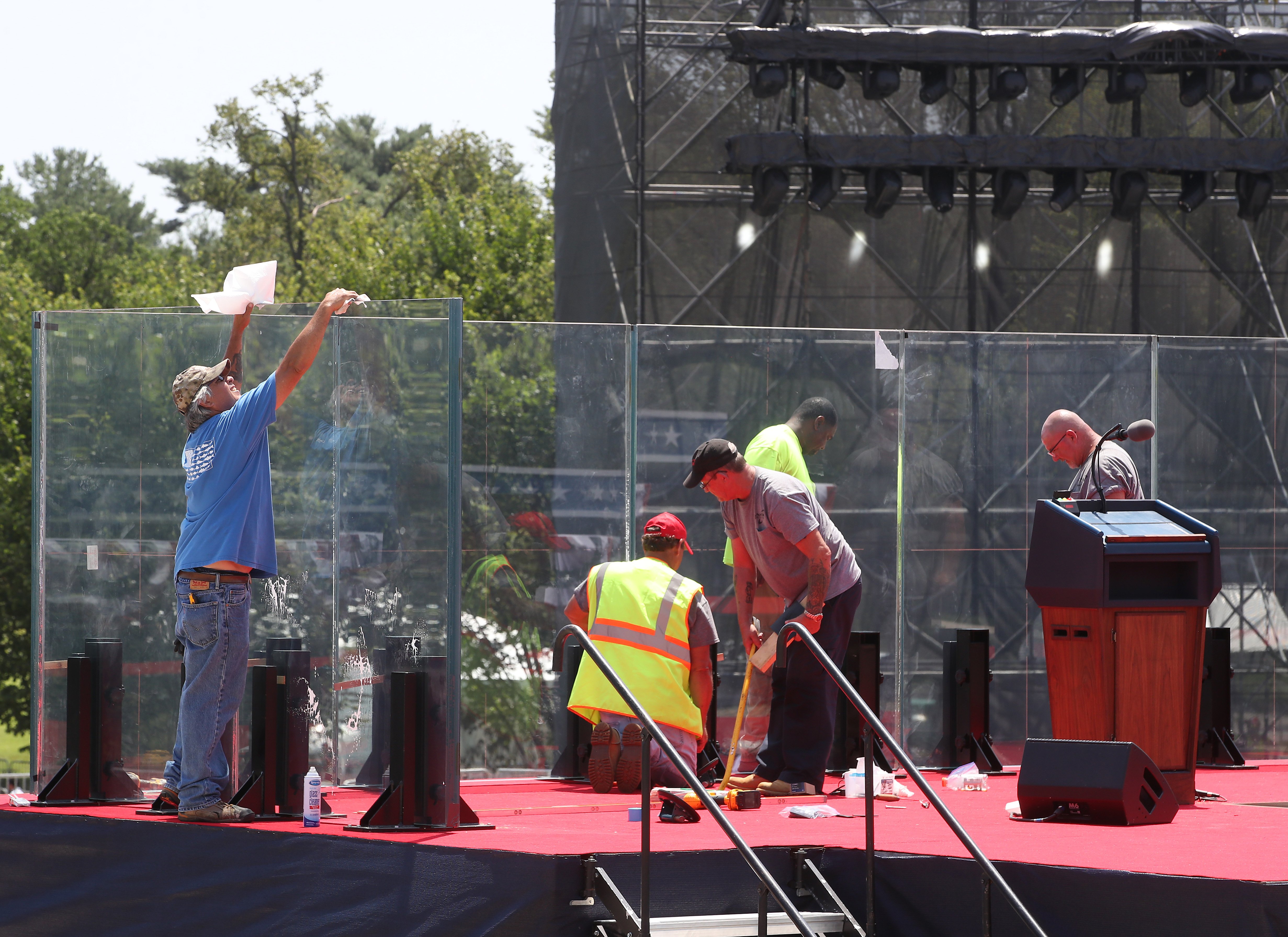 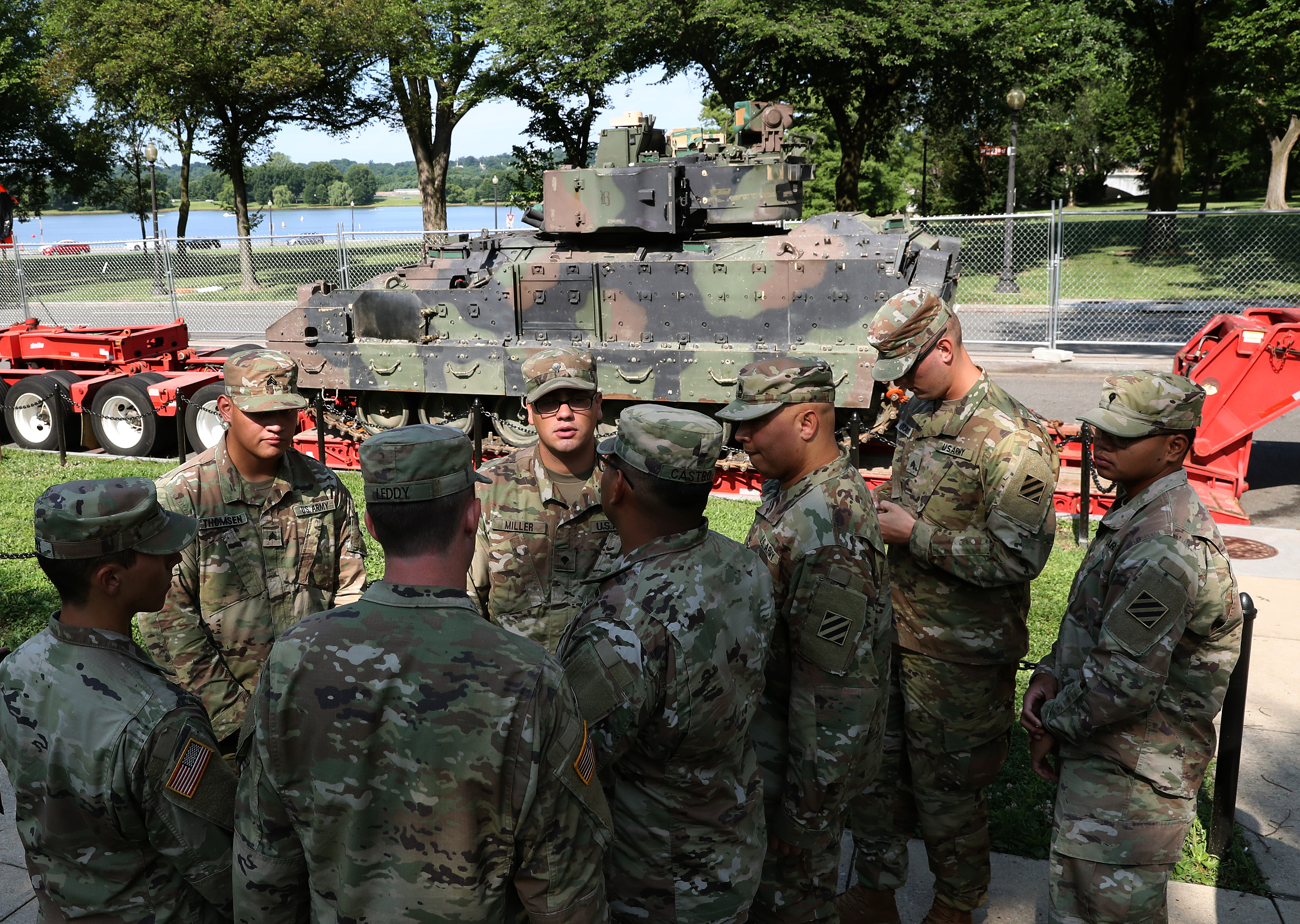 A military unit appears in front of a Bradley Fighting Vehicle that sits on a trailer near the National Mall. 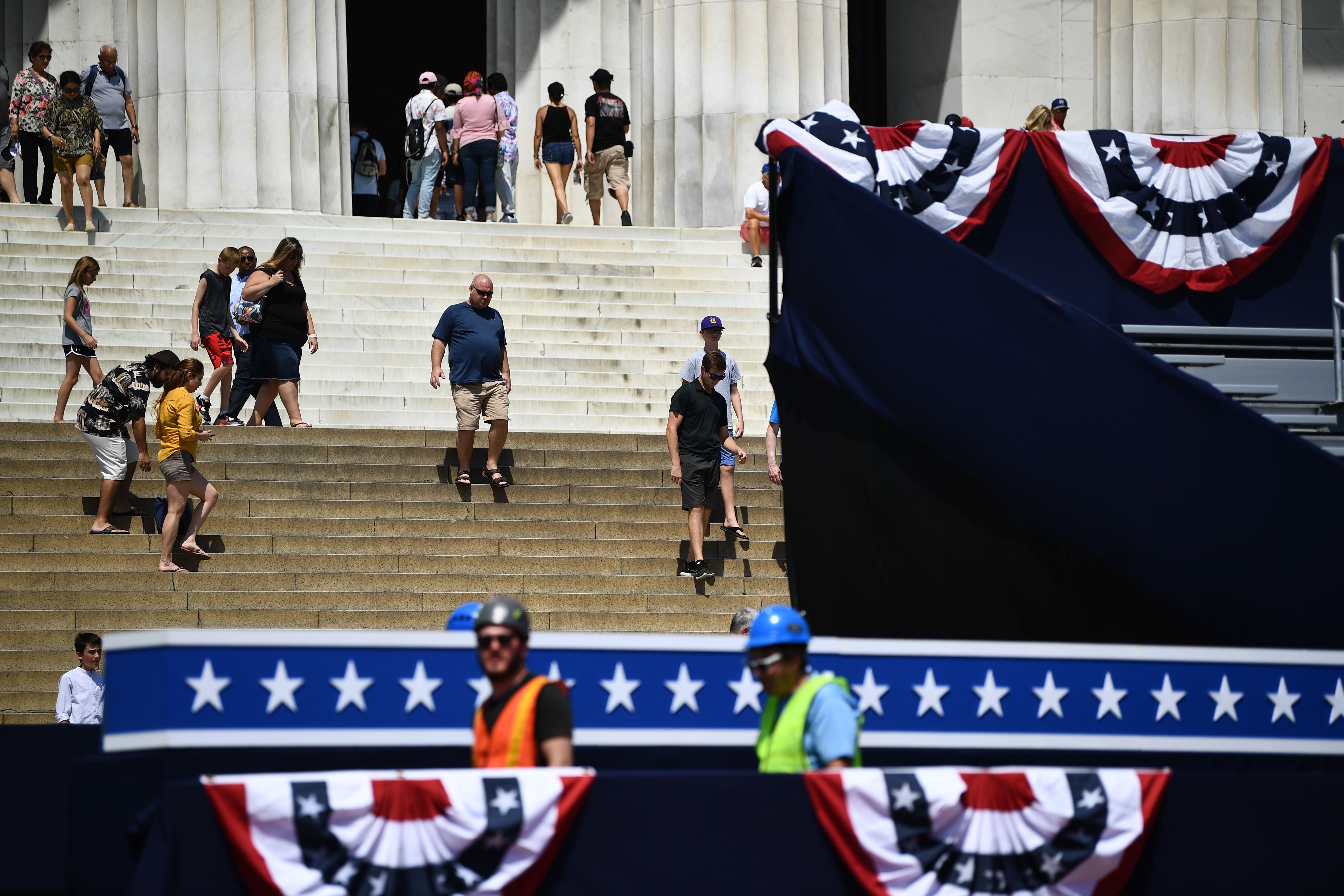 Tourists walk around the bleachers and stage set for the speech to be given by Trump. 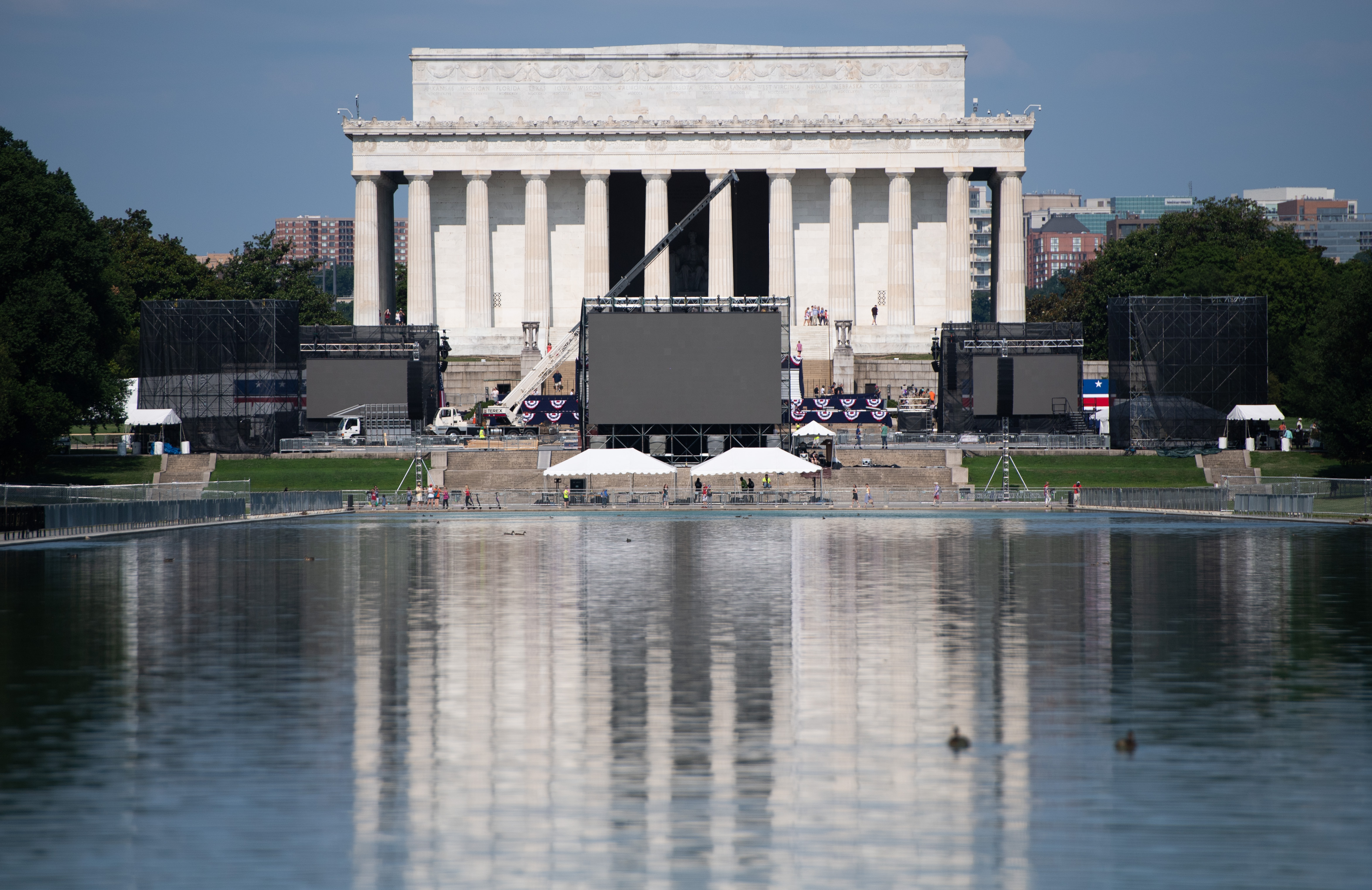 Screens are set up in front of the Lincoln Memorial. 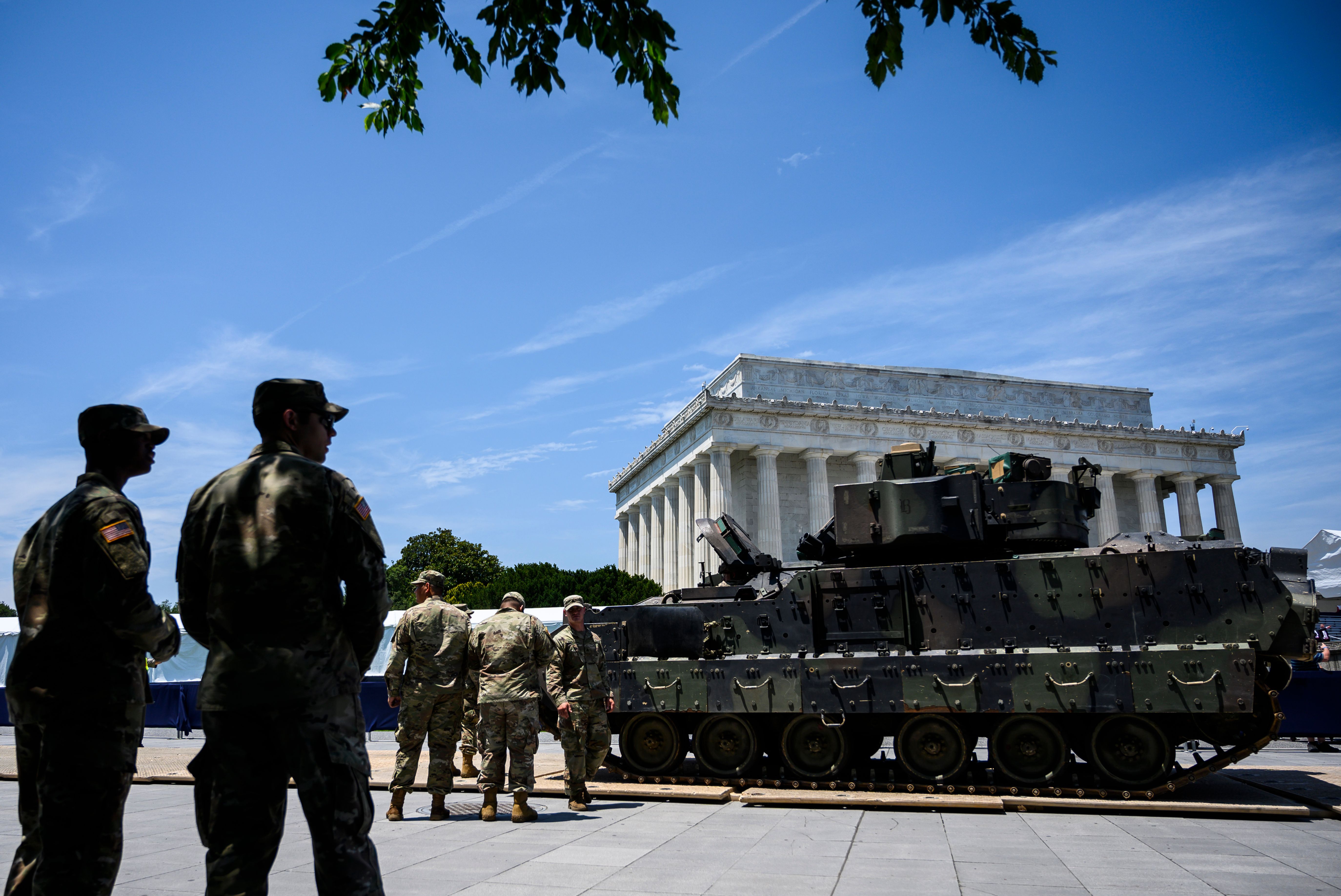 US military servicemen walk by a Bradley Fighting Vehicle while preparing for the “Salute to America” event. 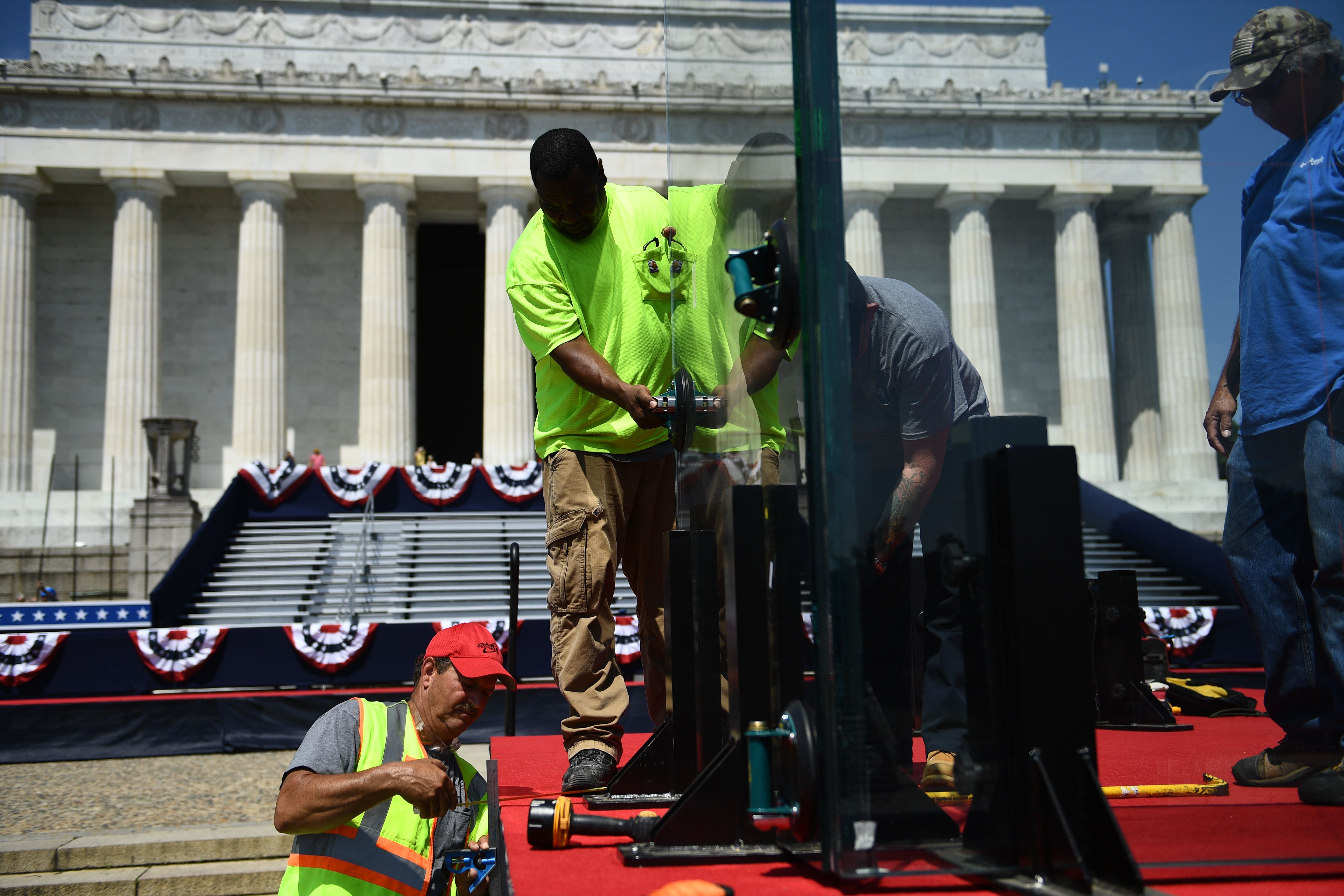 The thickness of the glass that will surround Trump’s lectern can be seen. 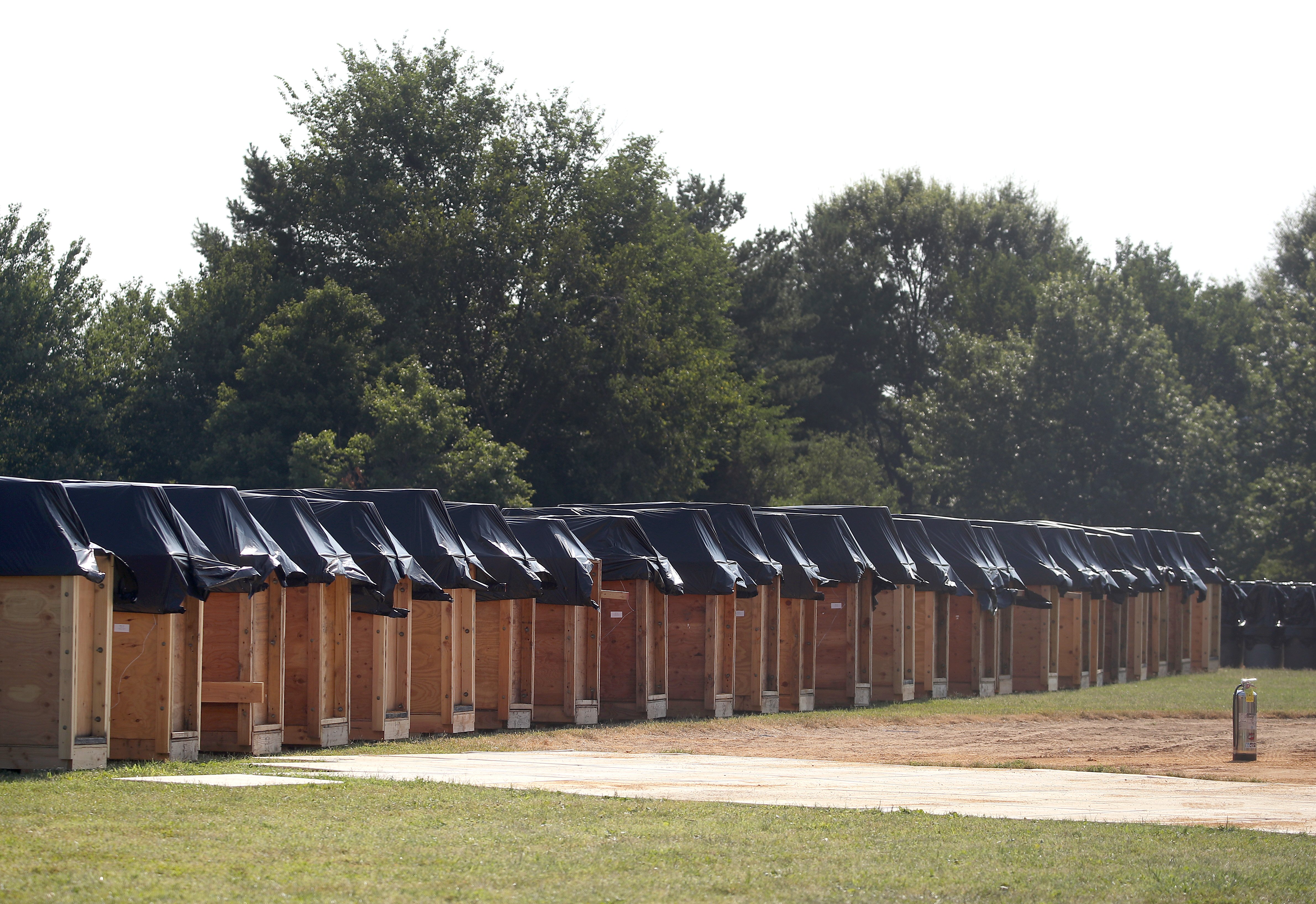 A row of loaded firework launchers has been prepared in West Potomac Park.

The display will take place from West Potomac Park so that areas surrounding the Reflecting Pool and the World War II Memorial can remain open to the public. The fireworks display has been extended to be 35-40 minutes in length. 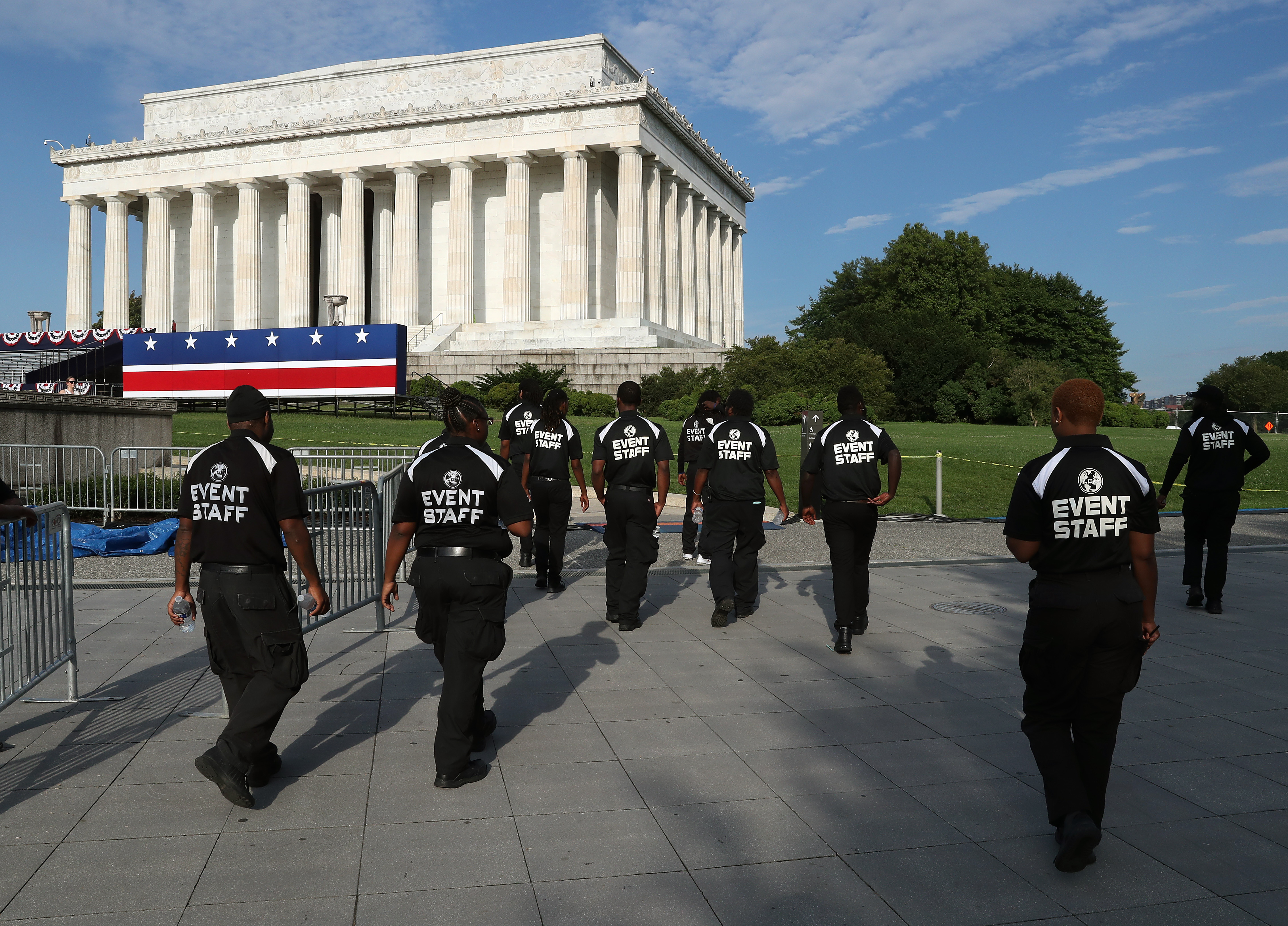 Event workers arrive at the Lincoln Memorial to prepare for the presidential address. President Harry Truman was the last U.S. president to speak on the National Mall on Independence Day. 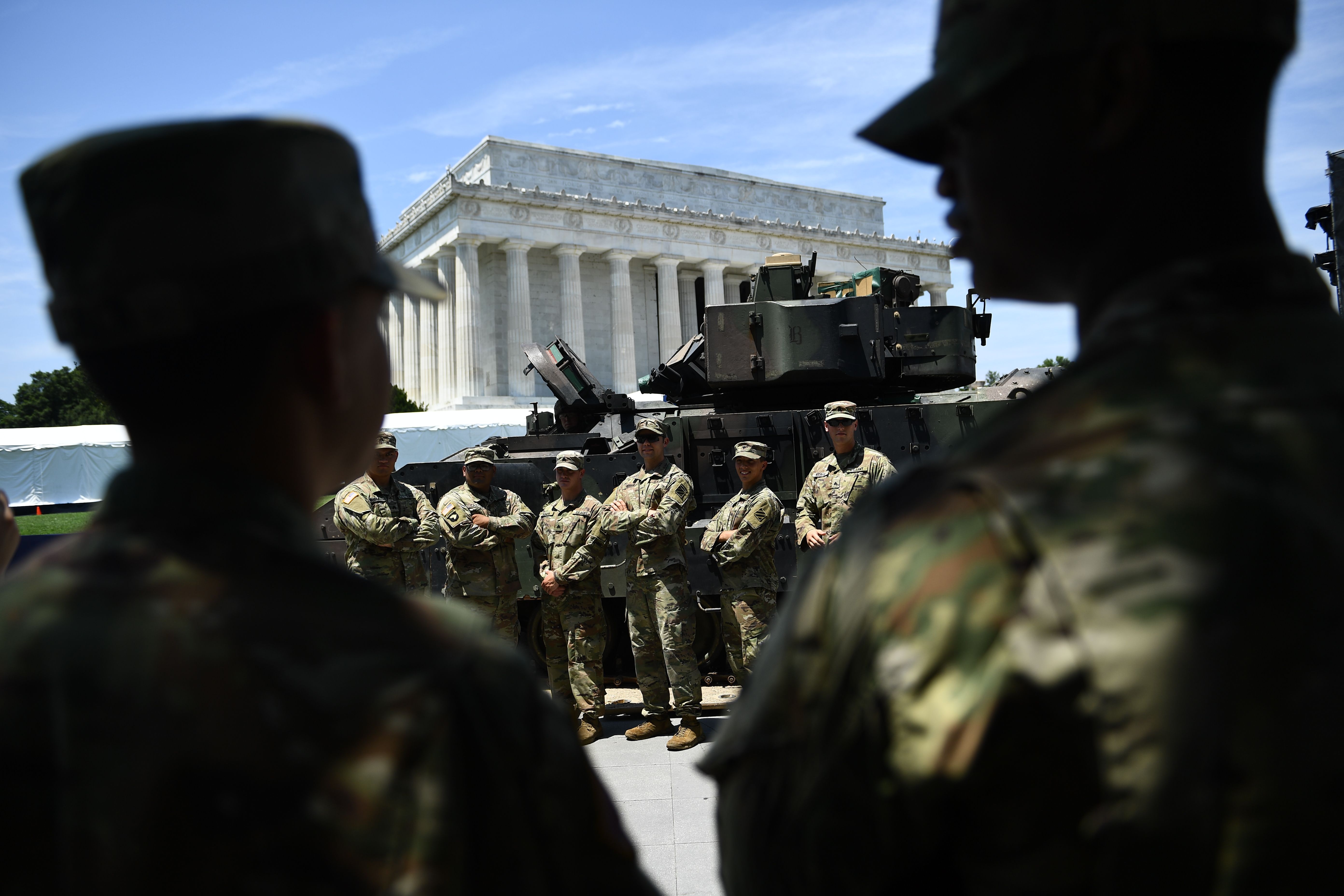 Members of the US military prepare for their participation in “Salute to America.” 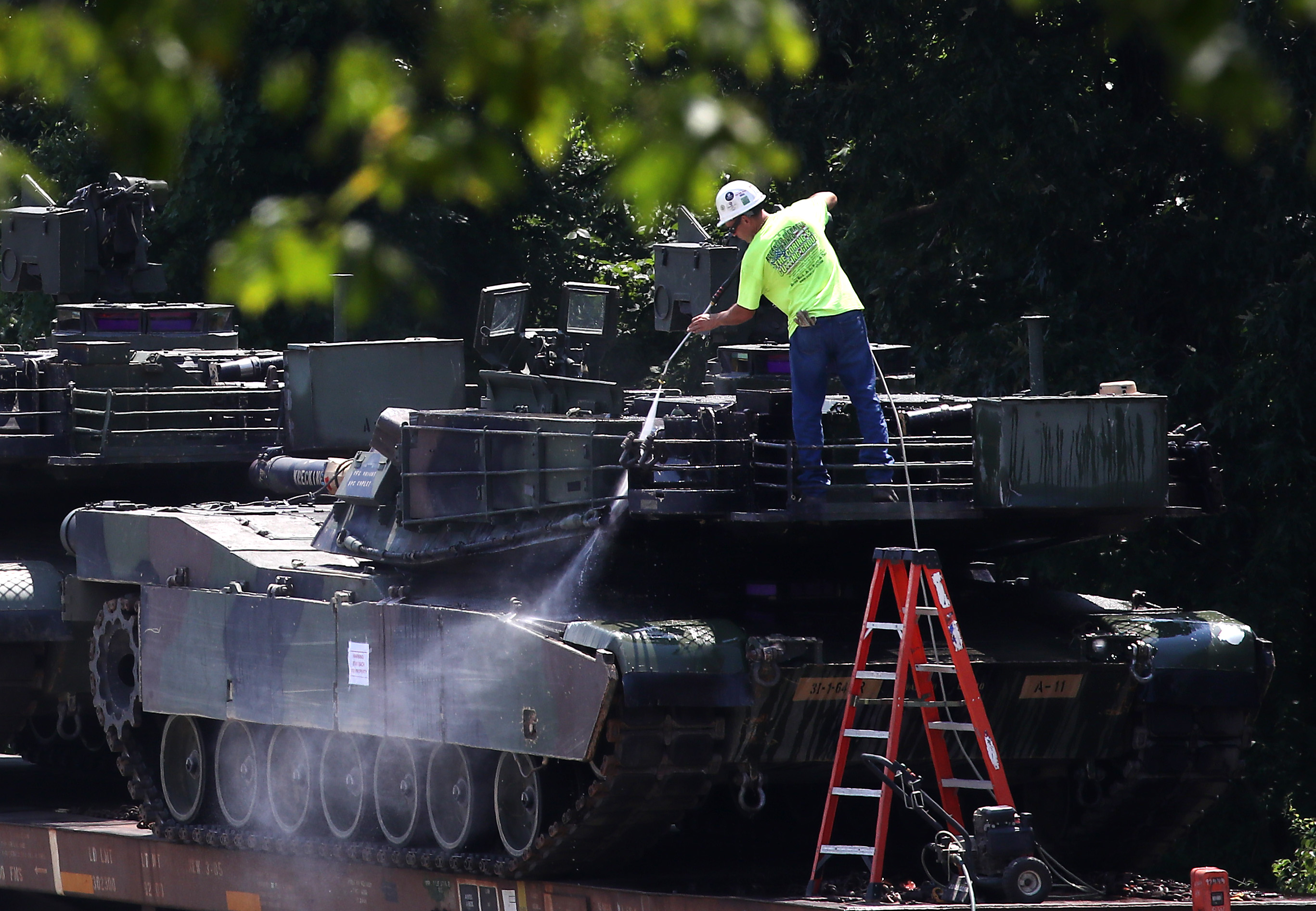 An M1A1 Abrams tank, loaded on a rail car, is washed in preparation for its display July 4 on the National Mall.