Personnel placed a quarter million dollars worth of fireworks Thursday along a mile stretch of the Potomac River behind the Lincoln Memorial. The 15-minute display will be the largest and most expensive in Washington D.C.’s history.

Phantom Fireworks and Grucci Fireworks donated what they say is about a $1.3 million dollar show to the federal government, after they learned in March that President Trump wanted to have a big 4th of July event. Their show will happen before the usual display put on by the National Park Service, which has a comparatively small budget of $75,000. (RELATED: Celebrate America’s Birthday With These Badass Military Photos) 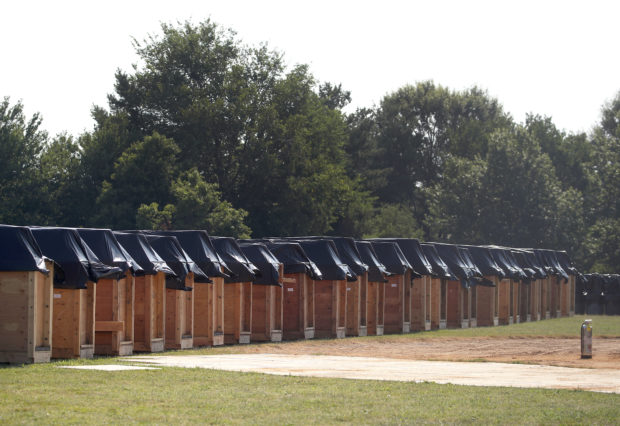 A fire extinguisher sits near a row of loaded firework launchers at West Potomac Park ahead of Thursdays July 4th Salute to America celebration, on July 2, 2019 in Washington, DC. (Photo by Mark Wilson/Getty Images)

Zoldan said the display would include new and innovative types of fireworks, some surprises, and “something special” with a large pyrotechnic flag. The show will also be choreographed to music. “This show will be one of the most artistic, the most intense that anyone has ever seen in the United States,” he said. 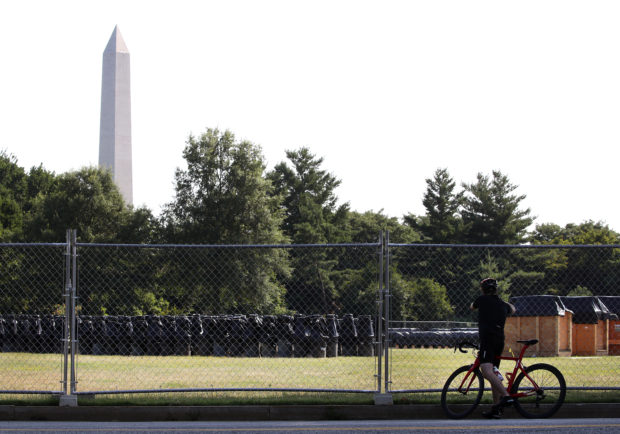 A bicyclist stops to take a picture of loaded firework launchers at West Potomac Park ahead of Thursdays July 4th Salute to America celebration, on July 2, 2019 in Washington, DC. Photo by Mark Wilson/Getty Images)

The show is scheduled to begin at 9:07 p.m. on Thursday, following a one-hour “Salute to America” event at the Lincoln Memorial, which will include an address from President Trump and a military flyover. The 6:30 to 7:30 p.m. event will also include the Army Band and the Marine Corps Silent Drill Team. The usual NPS fireworks display is set to begin at 9:22 p.m.

Zoldan said their decision to donate the show was about celebrating America’s birthday in a big way. “John Adams said we signed the Declaration of Independence, and we’re going to celebrate this day forevermore from one side of the country to the other, with pomp, parades and illuminations,” he said. “Fireworks are the illuminations.”