Vice President Mike Pence’s plans for the Fourth of July include welcoming 50 new citizens to the United States during a naturalization ceremony in Washington, DC.

Pence will deliver “congratulatory remarks” at a naturalization ceremony at the National Archives, which is home to key founding documents such as the Declaration of Independence and Constitution, on Thursday. 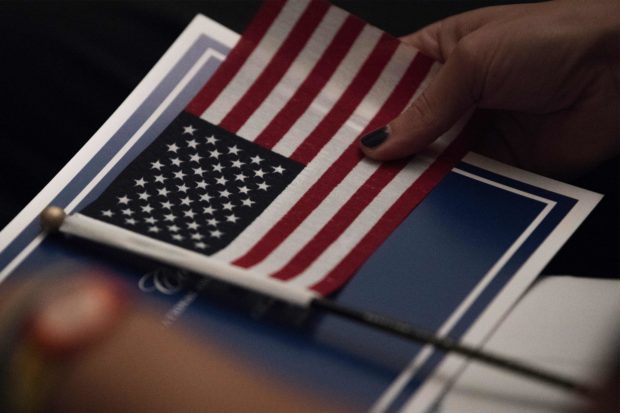 A woman holds the American flag as 31 new citizens from 25 nations are sworn in as new citizens during a naturalization ceremony as part of a celebration of the Constitution and Citizenship Day at the National Archives in Washington, DC on September 17, 2018. (Photo by JIM WATSON/AFP/Getty Images)

UCSIS also noted that they will naturalize nearly 7,500 new citizens between July 1 and July 5 in nearly 110 ceremonies across the country. 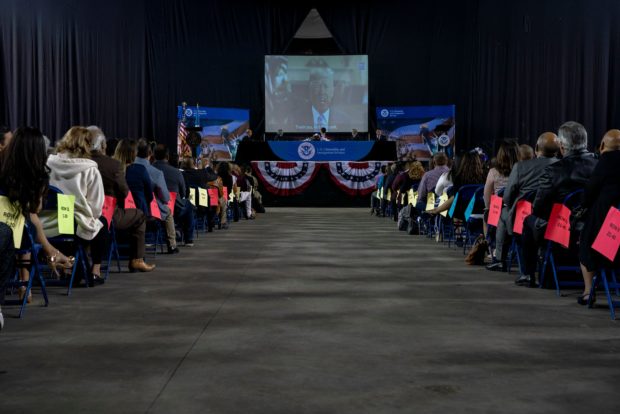 Immigrants taking the oath to be US citizens listen to a recorded message from US President Donald Trump, congratulating them on becoming citizens during the Naturalization Ceremony at El Paso County Coliseum, in El Paso, Texas on April 18, 2019. – About 740 immigrants from countries all over the world were sworn in as United States Citizens. (Photo by PAUL RATJE/AFP/Getty Images)