The Trump administration is still looking for ways to include a citizenship question on the 2020 census form, government lawyers told a federal judge in Maryland Friday.

The update comes as President Donald Trump announced that he is contemplating an executive order that would require a citizenship field to appear on census forms.

“In the event the Commerce Department adopts a new rationale for including the citizenship question on the 2020 decennial census consistent with the decisions of the Supreme Court, the government will immediately notify this court so that it can determine whether there is any need for further proceedings or relief,” the filing adds.

The filing did not include details as to when the administration will make a definitive decision about its next steps, or what specific options the Justice Department is considering.

In a revealing exchange, the president seemed to say that citizenship data could be useful during redistricting. The plaintiffs in the census dispute claimed to uncover evidence that the citizenship question is part of a broader Republican plan to use voting age population as a baseline for redistricting, which would give an advantage to “Republicans and non-Hispanic whites.”

“You need it for Congress, for districting, you need it for appropriations,” Trump said. “‘Where are the funds going? How many people are there? Are they citizens, are they not citizens?’ You need it for many reasons.” (RELATED: It’s Not Donald Trump’s Supreme Court Yet) 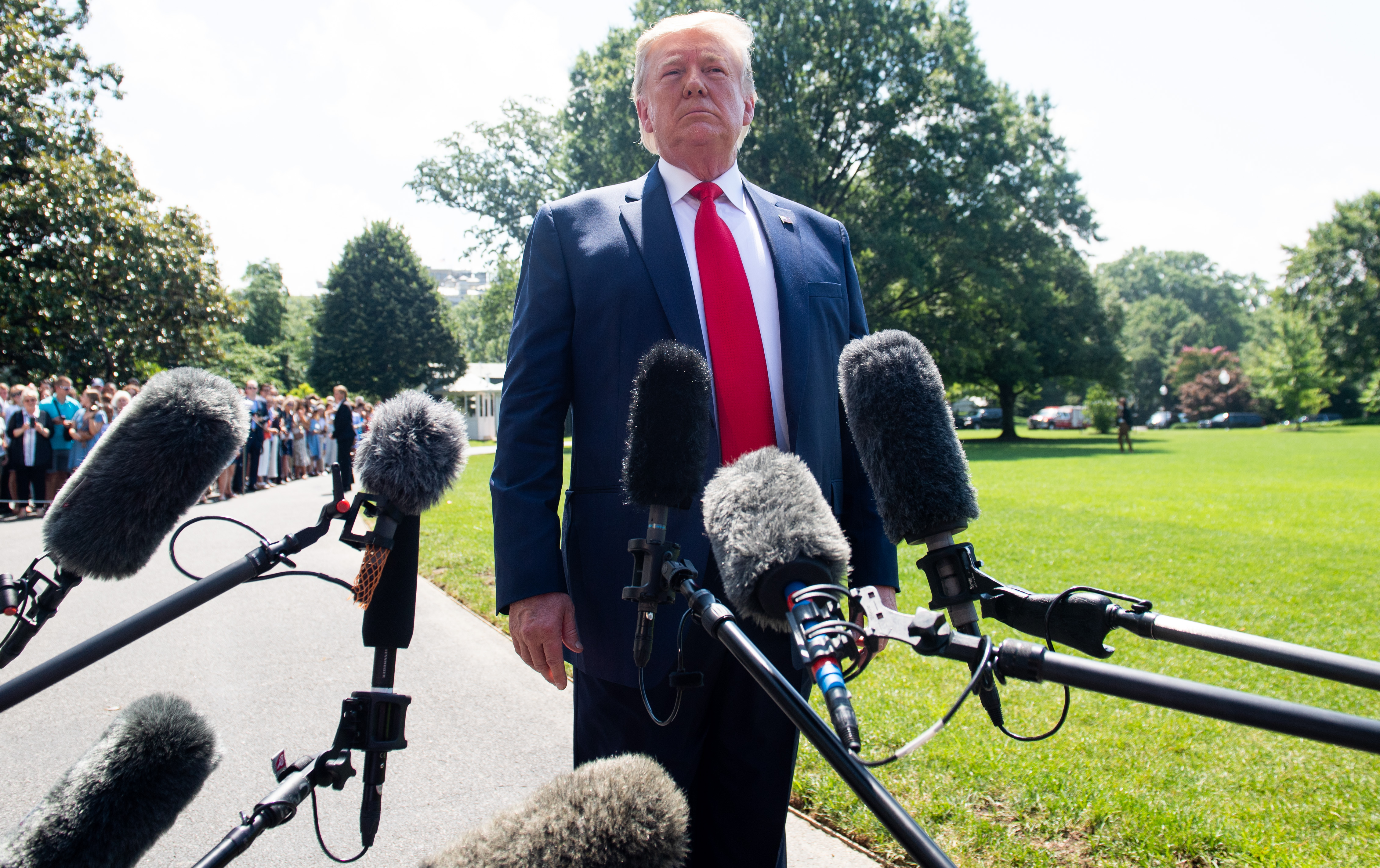 President Donald Trump speaks to the media prior to departing from the South Lawn of the White House on July 5, 2019. (Saul Loeb/AFP/Getty Images)

The Maryland census case involves different legal issues than those the Supreme Court considered in its June decision. The Maryland plaintiffs are accusing senior administration officials of conspiring with a recently deceased GOP redistricting guru called Dr. Thomas Hofeller to collect citizenship information for partisan purposes. Their case is based on equal protection principles and the Hofeller theory, while the Supreme Court’s decision touched a pair of federal statutes and the Constitution’s enumeration clause.

The plaintiffs want to proceed to the evidence-gathering phase of that litigation. The government said such a move would be rash, because it could soon put forward a new basis for including the citizenship question on census forms.

“Proceeding to discovery now in connection with a new decision that has not yet been made would be premature,” Friday’s filing reads. “It would also be extremely inefficient.”

But the judge rejected that proposal, and said discovery would go forward.

“Given that time is of the essence, therefore, the prudent course is to proceed with discovery,” U.S. District Judge George Hazel wrote. “As both sides acknowledge, the schedule may be adjusted as circumstances warrant.”

Government lawyers told lower federal judges and the Supreme Court that the legal dispute should be resolved quickly, since the census forms must be completed by July 1. Some officials at the Census Bureau believe the actual deadline is in October.

The Supreme Court said the question could not appear on the census form because the government’s explanation for its inclusion was contrived. The decision gave the administration another chance to identify a true and legitimate rationale.