Meghan Markle made an appearance Thursday at Wimbledon to cheer on pal and tennis star Serena Williams.

Markle, 37, was there to watch Williams in her second round match against Slovenia’s player Kaja Juvan, according to a report published by Entertainment Tonight. 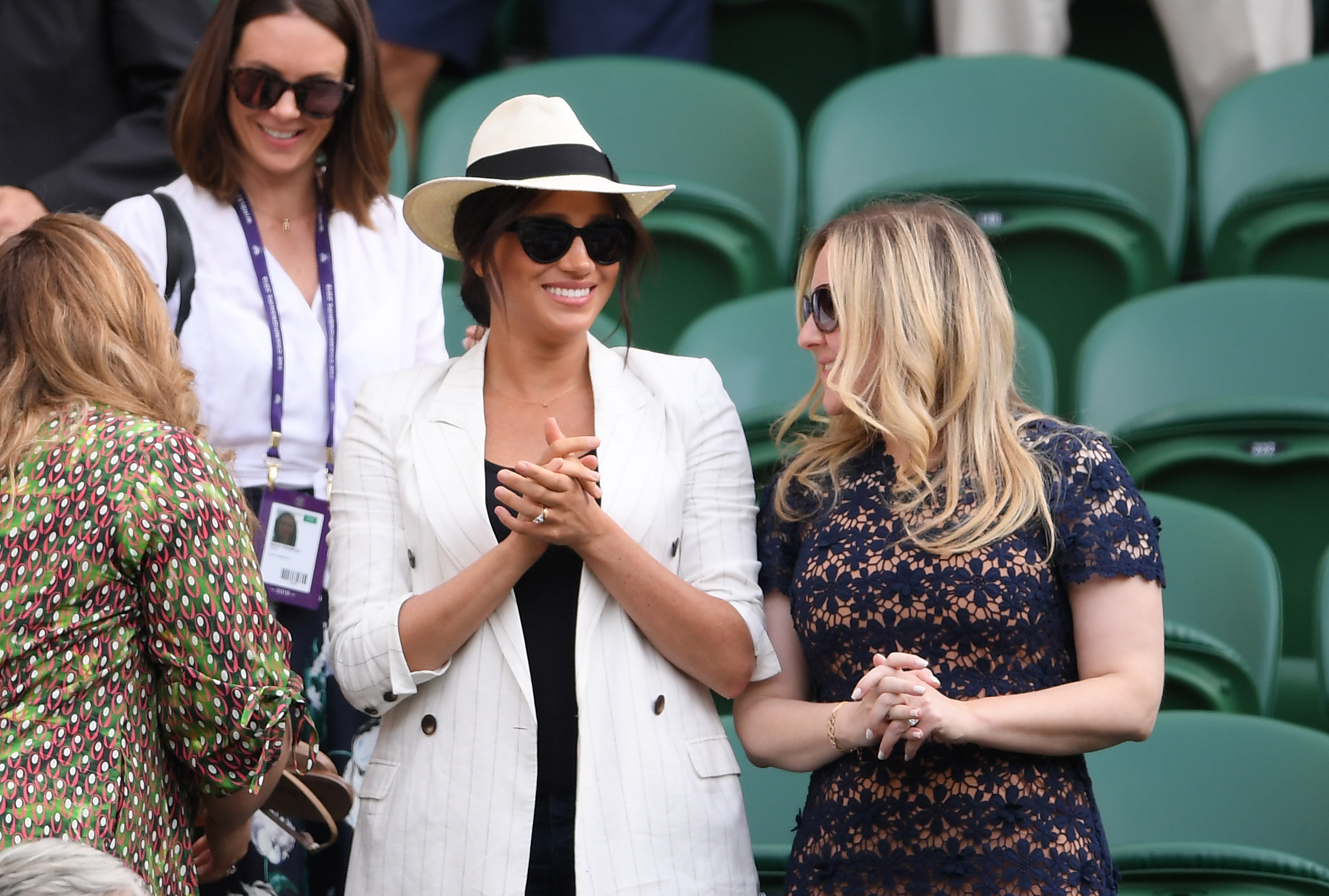 Meghan Markle, Duchess of Sussex watches on during the ladies’ Singles Second round match between Serena Williams of The United States and Kaja Juvan of Slovenia during Day four of The Championships – Wimbledon 2019 at All England Lawn Tennis and Croquet Club on July 04, 2019 in London, England. (Photo by Laurence Griffiths/Getty Images)

The Duchess spent the American holiday at Wimbledon in a casual cute outfit. Markle paired jeans with a black blouse and a white blazer. She completed the look with a straw fedora and big black sunglasses.

Markle’s appearance was unannounced, but sources claimed that the trip was planned in advance. Only baby Archie could have changed Markle’s plans. (RELATED: Report: Meghan Markle And Prince Harry Plan To Have At Least One More Child)

At least Markle showed some support for America on the 4th of July. She definitely could have been a little more patriotic considering she is a Los Angeles native, but the small gesture of supporting one of the best American tennis players was a good look for her. The only thing that could have made her look better was a patriotic themed outfit. 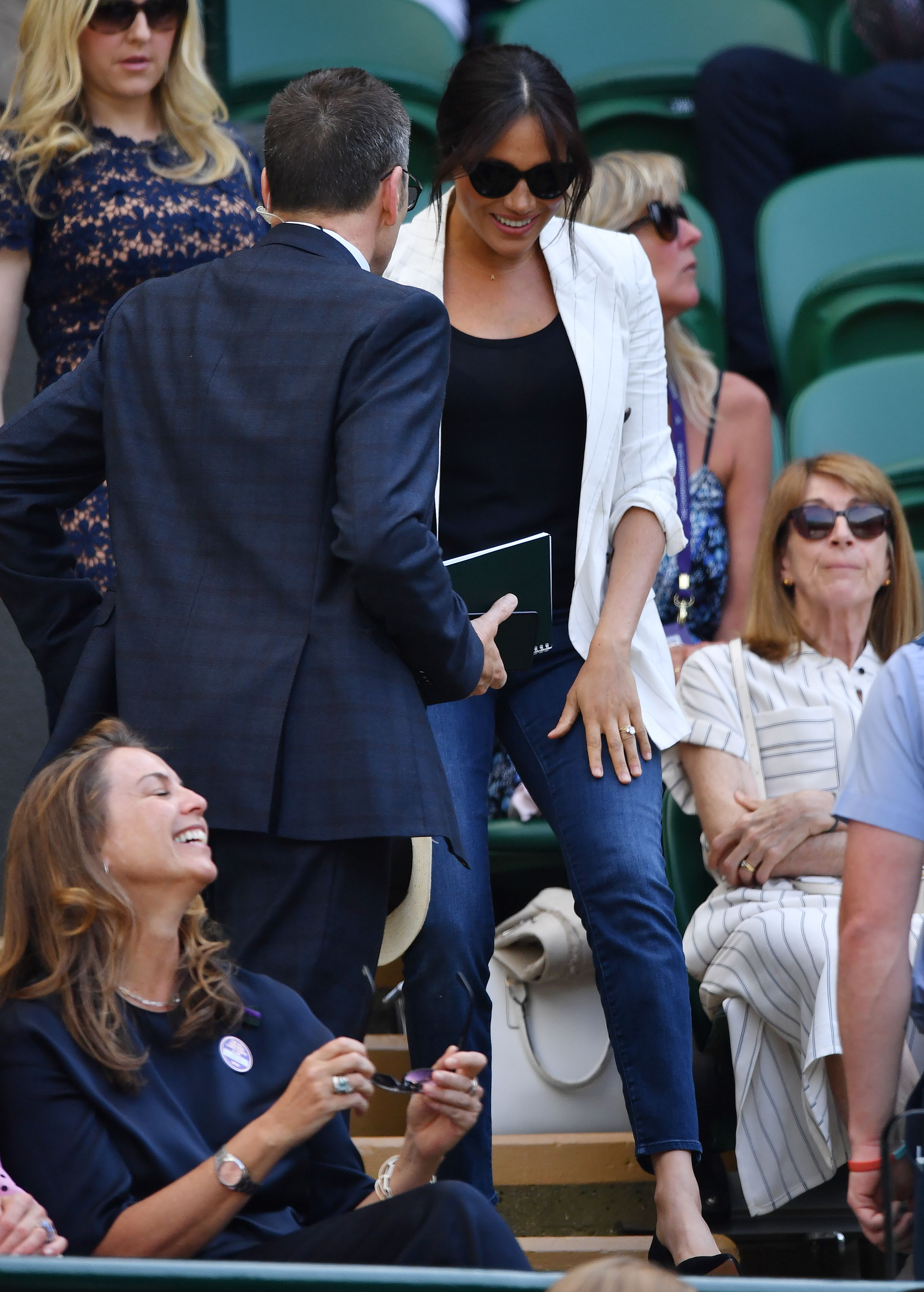 Britain’s Meghan, Duchess of Sussex arrives to watch US player Serena Williams playing against Slovakia’s Kaja Juvan during their women’s singles second round match on the fourth day of the 2019 Wimbledon Championships at The All England Lawn Tennis Club in Wimbledon, southwest London, on July 4, 2019. (Photo credit GLYN KIRK/AFP/Getty Images)

Williams went on to win her match after losing the first set to Juvan. She will play Julia Görges of Germany in the next round Saturday.