GOP Sen. Susan Collins of Maine said she does not regret her decisive vote to confirm Justice Brett Kavanaugh, as she faces a determined Democratic challenge for her seat in 2020.

“I do not regret my vote in the least,” Collins told The New York Times Saturday, favorably citing Kavanaugh’s record on abortion cases during his first term on the high court.

Thus far, Kavanaugh has charted a careful course through the abortion issue — he joined Chief Justice John Roberts and the Court’s liberal bloc to deny review of a lower court ruling that favored Planned Parenthood in a dispute involving state-level efforts to strip the organization of Medicaid funds. That result prompted a vigorous dissent from Justices Clarence Thomas, Samuel Alito and Neil Gorsuch that accused the Court of playing politics.

The full Court ducked another abortion petition in May. That case arose in Indiana, which adopted a ban on trait-selective abortions and rules requiring humane disposal of post-abortive fetal remains. In an apparent compromise, the Court reinstated the fetal remains rules which leaving in place a lower court decision that barred enforcement of the trait-selective abortion ban. (RELATED: It’s Not Trump’s Supreme Court Yet)

Kavanaugh split from the Court’s majority on one occasion over abortion. In that instance, Roberts and the four liberal justices blocked a Louisiana law requiring that abortion providers have admitting privileges at a local hospital. Pro-choice groups said most Louisiana abortion clinics would have trouble complying with the rule, prompting their closure. 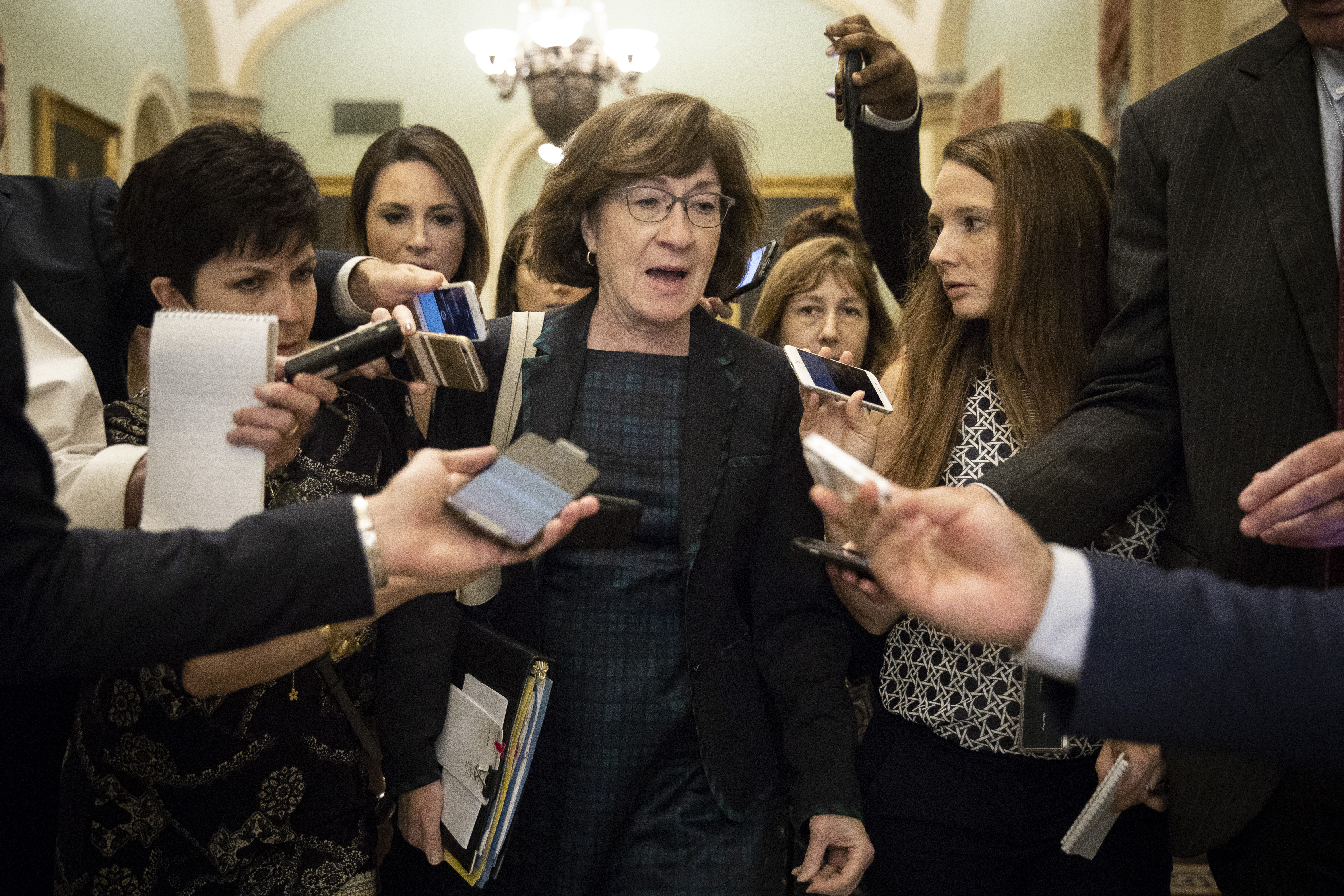 In a carefully worded dissent from that decision, Kavanaugh said the Court should have allowed the law to take effect so it could fairly judge the compliance dispute. If abortion clinics proved unable to comply with the admitting privileges requirement after a short transition period, Kavanaugh said they could bring a new lawsuit in federal court. The other conservative justices did not join Kavanaugh’s opinion.

A formal announcement respecting Collins’s plans is expected in the autumn. She has not yet committed to seeking a sixth term in the Senate, though she has a $4.4 million war chest. Democrats have recruited Maine House Speaker Sara Gideon to challenge Collins, though Gideon faces two other opponents in the primary.

Collins, a pro-choice moderate, is the only Republican senator from New England.