Another earthquake hit Southern California Friday, only one day after the area was hit by the most powerful earthquake in 20 years.

The epicenter of both quakes was a location about ten miles northeast of Ridgecrest, a town about 115 miles from Los Angeles.

Ridgecrest Police Chief Jed McLaughlin said that injuries were minor, according to NBC. The publication also revealed that the director of the governor’s Office of Emergency Services said Saturday that fires had been reported, caused by gas leaks and line breaks. 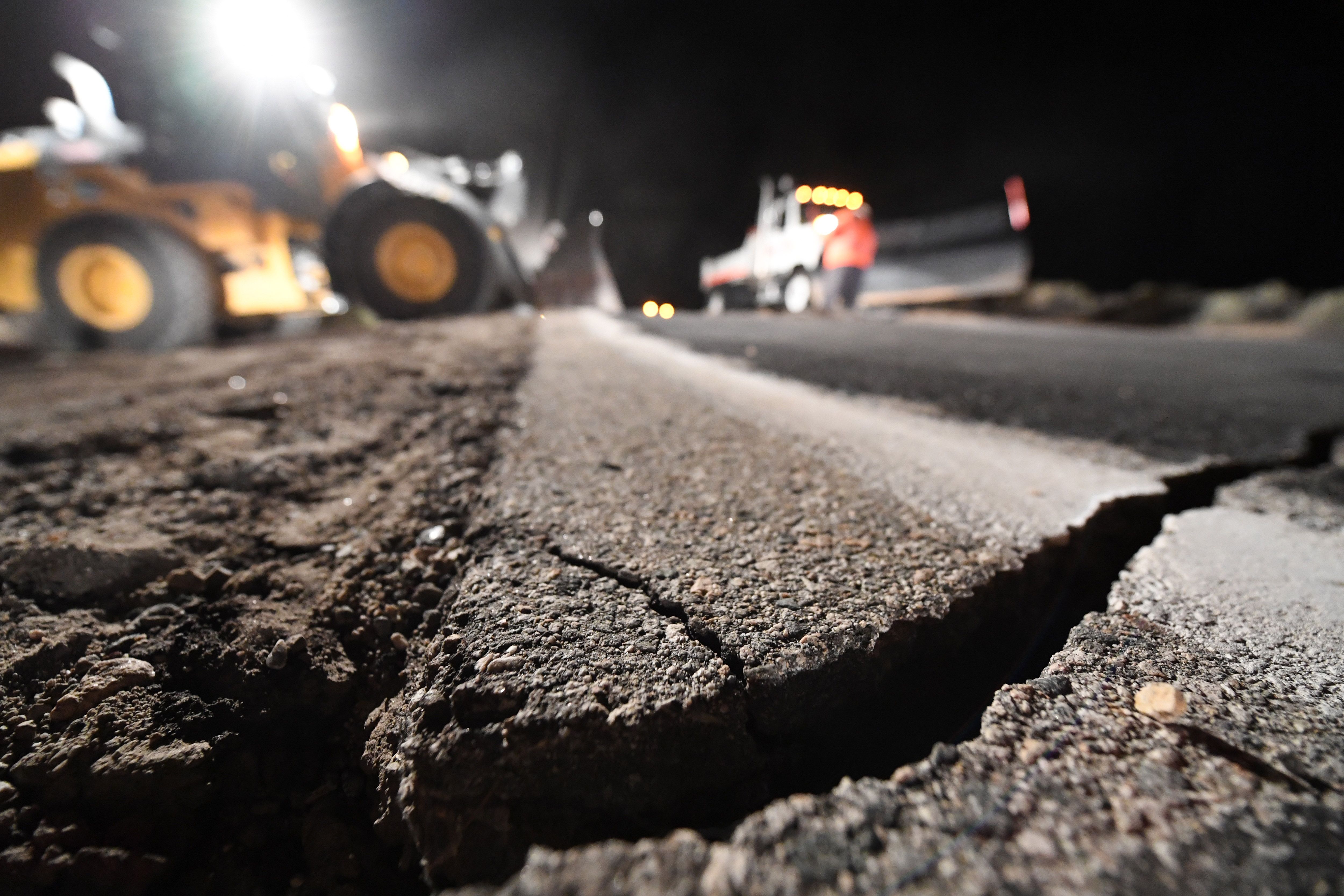 Highway workers repair a hole that opened in the road as a result of the July 5, 2019 earthquake, in Ridgecrest, California, about 150 miles (241km) north of Los Angeles, early in the morning on July 6, 2019. – Southern California was hit by its largest earthquake in two decades on July 5, a 7.1-magnitude tremor that rattled residents who were already reeling from another strong quake a day earlier. (Photo by Robyn Beck / AFP) (Photo credit should read ROBYN BECK/AFP/Getty Images)

“Earlier this evening I formally requested a Presidential Emergency Declaration for Direct Federal Assistance to further support emergency response and recovery in impacted communities,” Newsom said in a statement on Friday night. (RELATED: California Hit By Magnitude 6.4 Earthquake. Expert Says An ‘Even Bigger’ One Could Hit In Days)

Thursday’s earthquake was reportedly the strongest earthquake to hit the region since 1999 and caused multiple injuries and two house fires.