Numerous officials who worked within the Department of Homeland Security (DHS) are ripping the idea of decriminalizing illegal immigration, a proposal being championed by most Democratic presidential candidates.

“Everything they said about decriminalizing illegal entry, offering medical care for illegal aliens, they are talking about abolishing ICE, all of this rhetoric from the Democratic presidential candidates – it’s not going to help the crisis at the border. The last thing they should be doing is offering more incentives to come here,” Thomas Homan,  former acting director of Immigration and Customs Enforcement, said to the Daily Caller News Foundation.

Homan’s comments come after the first two Democratic presidential debates. During the second night of the debates, all ten of the candidates on stage raised their hands in support of providing taxpayer-funded health care to illegal immigrants. All but two of them raised their hands when asked if they wished to decriminalize illegal entry into the U.S.

Under U.S. law, it’s a misdemeanor to be caught illegally entering the country for the first time — a crime punishable up to six months in prison. This punishment progressively increases each time an individual is caught trying to cross the border again. Many leading Democratic presidential candidates want to reclassify unauthorized entry from a criminal offense to a civil offense instead.

Former Vice President Joe Biden notably took a more moderate position after his first debate, telling CNN’s Chris Cuomo in an interview that aired Friday that he would not decriminalize unauthorized entry into the U.S. His unequivocal answer on Friday was somewhat of a reversal of from the response he gave on the debate stage, where he raised his hand halfway and didn’t provide a clear answer when asked by the debate moderator.

While Biden has pivoted away from the extreme position, other Democratic presidential contenders have embraced it wholeheartedly. New Jersey Sen. Cory Booker said he would “virtually” eliminate the country’s reliance on immigration detention, would stop treating aliens as “criminals,” and he would do this under an executive order that sidesteps Congress.

“Not at all,” Julian Castro, another Democratic candidate, said on June 30 when asked if his support for border decriminalization provides an opening for attack by Republicans. The former Housing and Urban Development Secretary brushed away such an attack as “just a right-wing talking point.”

Homan is not the only official formerly within DHS to criticize these proposals.

“That is tantamount to declaring publicly that we have open borders,” Jeh Johnson, a Democrat who served as the Secretary of Homeland Security under President Barack Obama, said Tuesday to the Washington Post. “That is unworkable, unwise and does not have the support of a majority of American people or the Congress, and if we had such a policy, instead of 100,000 apprehensions a month, it will be multiples of that.” 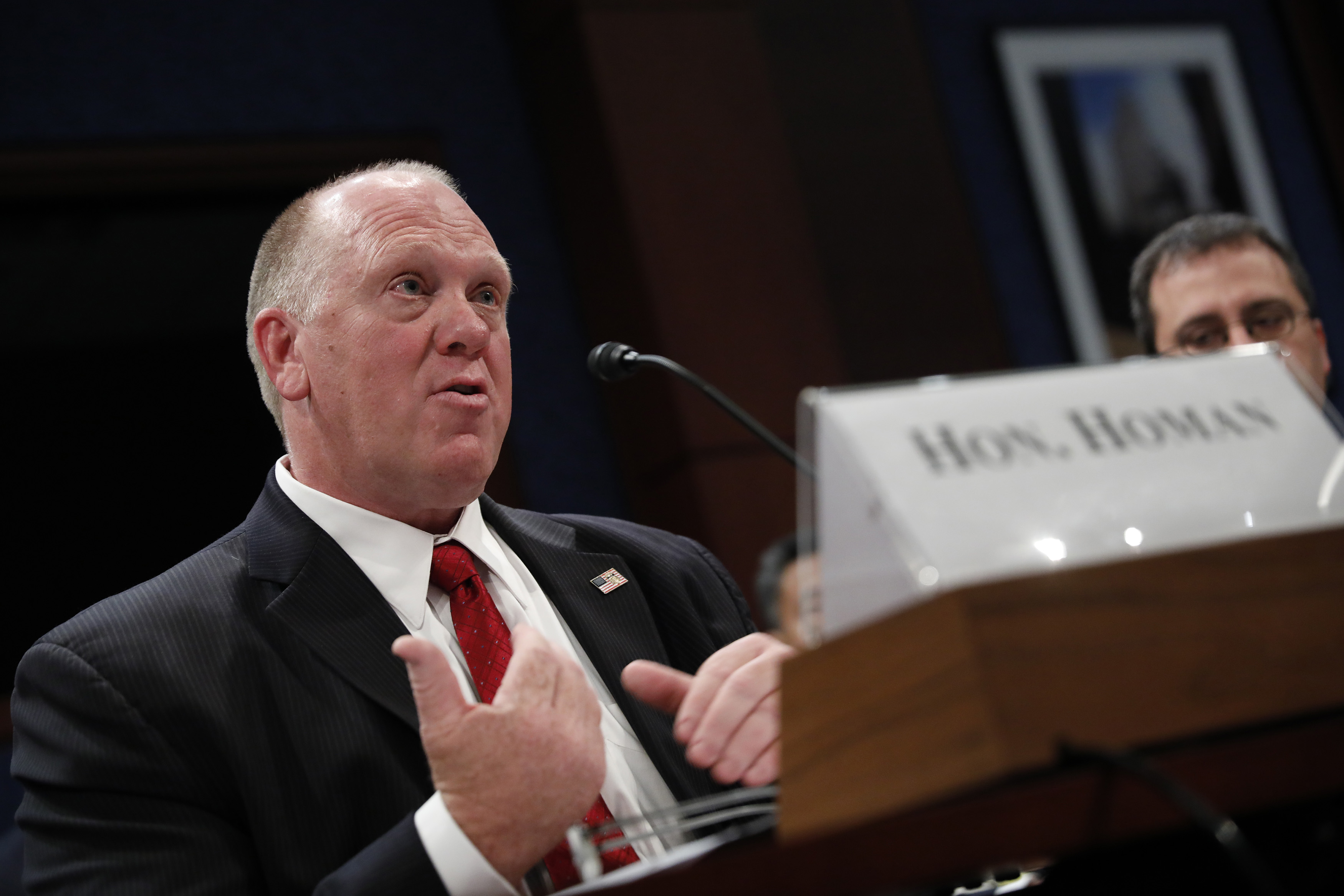 DHS officials who spoke with the DCNF shared similar concerns — that decriminalizing unauthorized border crossings would only provide more of an incentive for foreign nationals. Without the threat of adequate punishment, they said, more aliens would be tempted to cross illegally into the U.S., exacerbating the crisis.

“I believe that decriminalizing illegal entry would mean that the U.S. moves to open borders,” said a Customs and Border Protection official — a veteran of the agency for more than 30 years who managed migration through one of the country’s busiest international airports. The official wished to remain anonymous in order to speak freely to the DCNF. (RELATED: Rashida Tlaib Defends Vote Against $4.6 Billion For Border Crisis)

“Then what comes into play is the idea that these minor offenses are not considered as reasons for deportation,” he continued. “As you give away the legal rights to protect our country, the Democrats will continue to remove more rules and regulations.”

The official said he once considered himself a lifelong supporter of Democrats, but has since left the party over its support of more liberal immigration policies.