African migrants are expressing frustration over the Trump administration’s metering policy, which caps the number of asylum seekers who can enter the U.S. each day.

“We are not happy with the U.S. system, especially for the fact that you see that the number is not moving. Very few people are taken,” Luis, a migrant from Cameroon, said to the Los Angeles Times. “If you see people jumping over the river, it is because they are tired of staying here.”

Luis and hundreds of other migrants have set up camp in the Mexican border town of Ciudad Acuna as they wait for their turn to cross the border and lodge an asylum claim in the U.S. He is also one of a growing number of African migrants who have traveled thousands of miles to reach the U.S.-Mexico border — a perplexing phenomenon as the immigration crisis has largely been made up of families and children from Central American.

Border Patrol is reporting a “dramatic” rise in the number of African migrants appearing before agents. More than 500 individuals from the continent were apprehended in the Del Rio Sector alone between May 30 and June 5, according to Customs and Border Protection. In the first four months of 2019, the number of African migrants registered by Mexican authorities tripled in comparison to the same time period last year.

Most of these African migrants are from Cameroon, Congo and Angola.

President Donald Trump implemented metering in his first year in office. Under the policy, only limited number of asylum seeker can pass through a port of entry and make their claim. In the meantime, would-be asylum seekers on the Mexican side of the border are put on a list and must wait until their turn is next — a process that could take months.

The policy has proven effective at keeping migrants at bay.

The Associated Press estimated in May that around 13,000 people were waiting in Mexico to claim U.S. asylum. Thousands of immigrants have been sent back to the other side of the border under another policy known as “Remain in Mexico,” a program that mandates immigrants wait in Mexico as their asylum claims are processed through the U.S court system. More than 15,000 migrants who illegally entered the U.S. and claimed asylum have been booted back to Mexico since January. 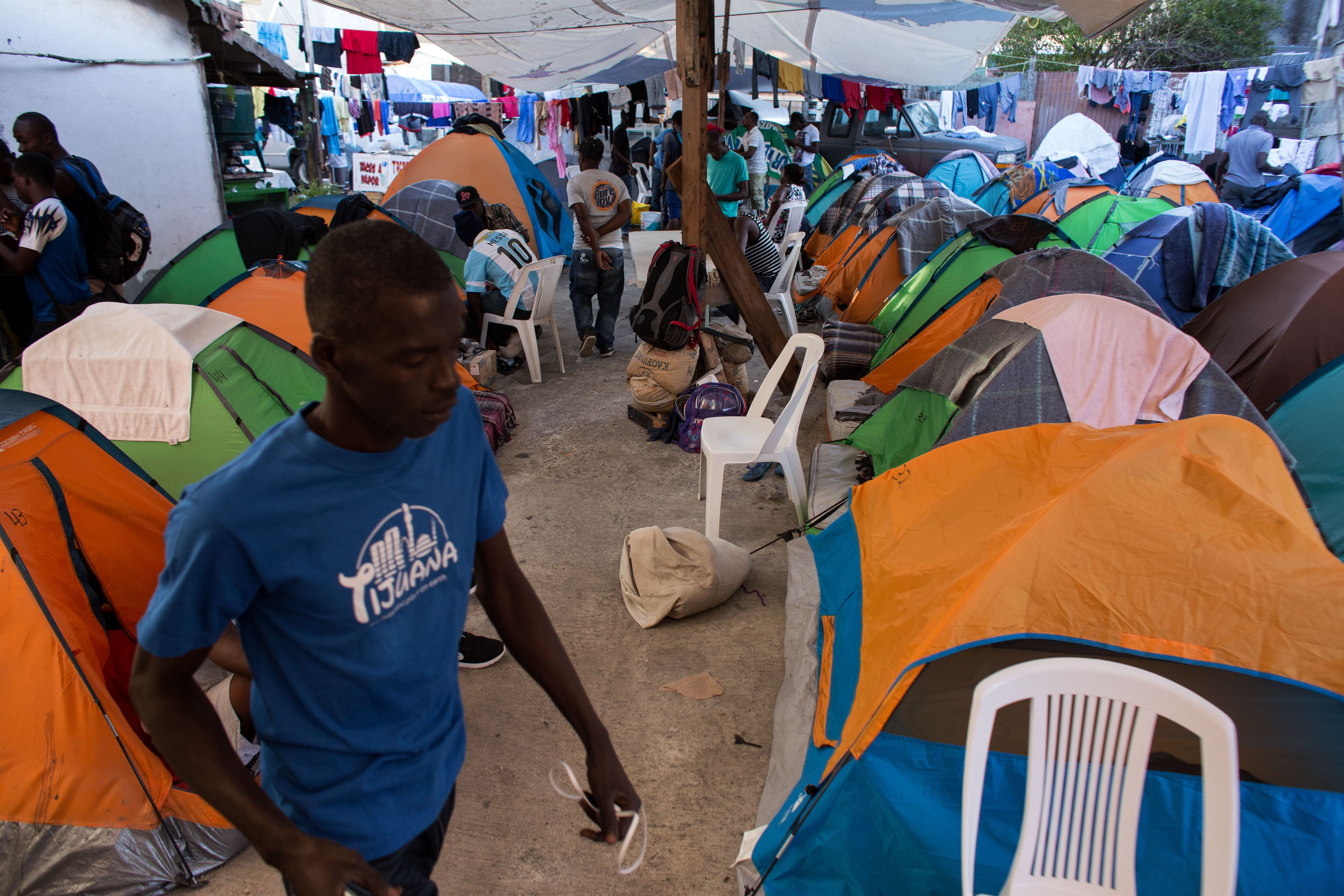 In the city of Ciudad Acuna, the wait list reportedly reached 500, with the Los Angeles Times guessing the actual number was closer to 700. People waiting to get in have since formed a camp near the Rio Grande, where hundreds live until their names reach the top of the list. (RELATED: ICE ‘Ready’ To Apprehend And Deport One Million Illegal Immigrants)

While African migrants are reportedly dissatisfied with the long wait times and unsanitary conditions of the camp, many of them are choosing to stay put.

“It is far better than anything we have seen in our country,” Luis said to the Los Angeles Times. “In our nation, we slept with corpses.”