Pentagon officials also helped arrange meetings for Carlson with Mattis’s chief of staff around the same time, WSJ’s report notes. The emails did not lay out what was discussed during the meetings but will likely raise the hackles of some who have criticized the massive cloud deal, known as Joint Enterprise Defense Infrastructure, or JEDI.

The contract is expected to be awarded in August, with Microsoft and Amazon competing for it.

Mattis, who resigned from the Trump administration in December 2018, said he would like to meet with Bezos, the report notes. Mattis met with Bezos five months later as part of a tour of the West Coast, which included visits to Google and a Pentagon innovation unit in Silicon Valley. The former defense secretary did not respond to The WSJ’s request for comments. 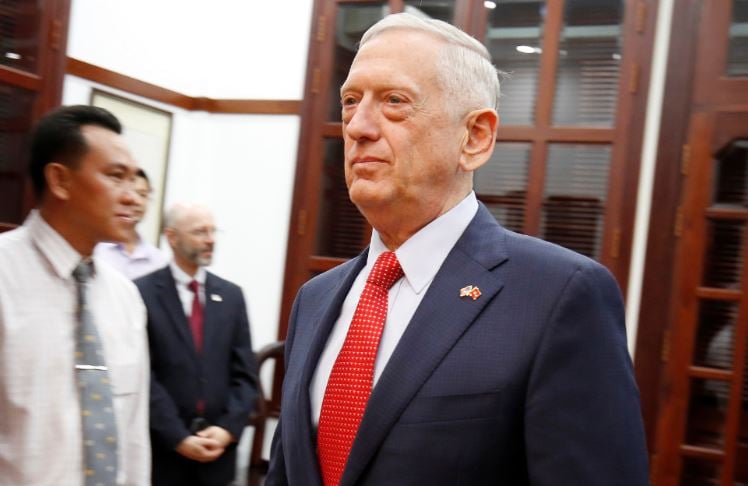 JEDI’s bidding process is “open, transparent and full,” Pentagon spokeswoman Elissa Smith told reporters Sunday, adding that no one in Mattis’s front office participated in drafting the solicitation for bids. An Amazon representative also pushed back on insinuations that the bidding process was corrupted.

Amazon Web Services has “received no preferential treatment in any procurement as a result of any meetings, one-on-one or otherwise, with DoD officials,” the spokesman told reporters. Carlson’s name was redacted from Mattis’s schedule, according to one former administration official who spoke to the Daily Caller News Foundation on the condition of anonymity.

The White House has not responded to the DCNF’s request for comment. The bidding process roiled one major company in particular: computing giant Oracle. Oracle alleged in a May 31 complaint that former Department of Defense official Deap Ubhi was offered shares in Amazon and a salary with the big tech giant while he was finding a company to help build out JEDI.

Oracle and IBM have tried to overturn the single-award approach. They argue that such a contract would force the Pentagon to pay billions of dollars to one company, while losing out on innovations from other companies down the supply chain. Conservatives have made similar arguments in the past.

Republican Sen. Chuck Grassley of Iowa, for instance, said the emails show the Pentagon would be wise to restart the bidding. He’s been a frequent critic of the process. (RELATED: Oracle Accuses Amazon Of Courting Former Employee Involved In A $10 Billion DOD Program)

“We shouldn’t have to tolerate conflicts or appearances of conflicts of interest in any government contracting process,” Grassley said in a statement, according to the WSJ.