Kevin McAleenan, acting Homeland Security Secretary, said Sunday that his department does not abuse migrants at the southern border and border patrol facilities are in acceptable conditions.

A report from the New York Times and El Paso Times Saturday stated that conditions at the Clint, Texas border facility is “the stuff of nightmares.” It also included allegations of “outbreaks of scabies, shingles and chickenpox” among the children who have been detained. The report alleges that Border Patrol leaders “knew for months” that children didn’t have beds, couldn’t clean themselves and “sometimes went hungry.”

McAleenan spoke out against the allegations of the report Sunday on ABC’s “This Week.”

“This is an extraordinarily challenging situation,” McAleenan said Sunday, according to Politico. “We had an overflow situation with hundreds of children crossing every day. That’s why we were asking for funding for Health and Human Services, to provide adequate bed space so those children could be moved from that immediate border processing into a more appropriate setting for children.” 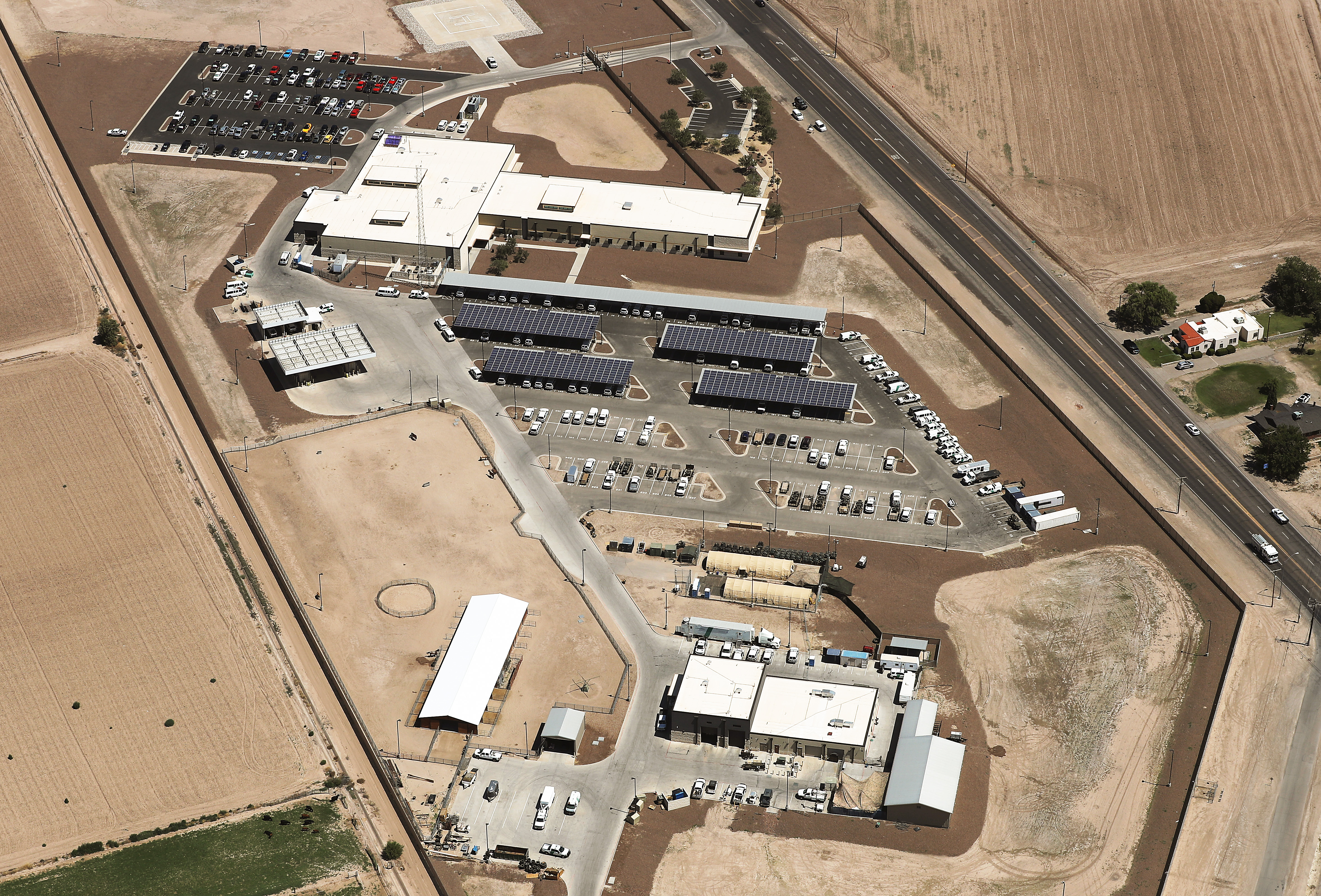 An aerial view of the U.S. Border Patrol facility where attorneys reported that detained migrant children had been held in disturbing conditions on June 28, 2019 in Clint, Texas. (Mario Tama/Getty Images)

“So, I’m not denying that there are challenging situations at the border,” he continued. “I’ve been the one talking about it the most. What I can tell you right now is that there’s adequate food, water, and that the reason those children were at Clint station in the first place is so they could have medical consolidated; they had shower facilities — for over a year there’s been showers there. So, this is why we try to provide a better situation for the brief time they’re supposed to spend at the border.”

McAleenan also said that the cleanliness standards at the Clint facility are very high, according to Politico. He added that there are “tremendous levels of oversight,” and dismissed allegations that children were going hungry. (RELATED: Ocasio-Cortez Visits Border Facility, Claims Migrant Women Were Forced To Drink Toilet Water)

President Donald Trump hit back against the NYT report as well, saying that it was a “Big Media Con Job!” on Twitter Sunday.

The Fake News Media, in particular the Failing @nytimes, is writing phony and exaggerated accounts of the Border Detention Centers. First of all, people should not be entering our Country illegally, only for us to then have to care for them. We should be allowed to focus on …..

The Clint border facility holds many unaccompanied alien children. These are minors that cross the border illegally either alone or with people other than their parents, the NYT reported.