“We raised more money than any other 100 percent grassroots-funded campaign. That’s big. You sent a message that Elizabeth’s vision for the future is worth fighting for. And you showed the rich and powerful that change is coming — sooner than they think,” Warren’s campaign said in an email to supporters Monday.

Warren’s campaign said her haul came from 384,000 people making more than 683,000 donations. About 80 percent of her donors gave for the first time in the second quarter, according to her campaign. The average contribution was $28. (RELATED: Tom Steyer May Not Pass Up Presidential Run After All: Report) 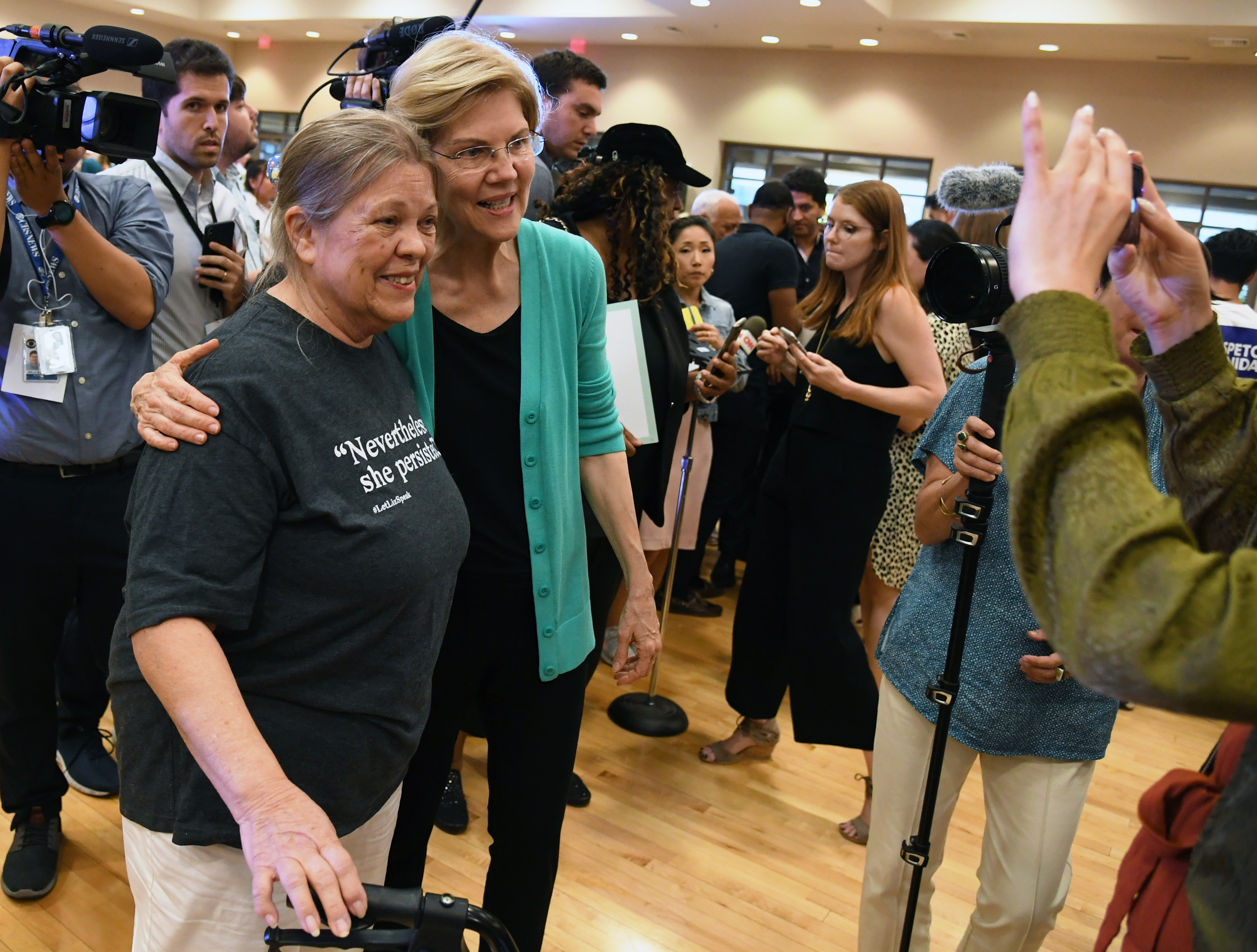 Marilyn Beilstein (L) of Nevada poses for a photo with Democratic presidential candidate U.S. Sen. Elizabeth Warren (D-MA) after she spoke at a community conversation at the East Las Vegas Community Center on July 2, 2019 in Las Vegas, Nevada. (Photo by Ethan Miller/Getty Images)

Warren’s team emphasized in the email that the candidate’s fundraising strategy includes “no closed-door fundraisers, no Super PACs, and no money from Washington lobbyists, corporate PACs, or, for that matter, PACs of any kind.”

Candidates are starting to reveal their second-quarter numbers after a first quarter that analysts said fell flat compared to the Clinton and Obama hauls of election cycles past. Sanders crushed in the first quarter, reporting a haul of over $18 million. Warren raised roughly $6 million in the first quarter.

Warren is polling at 13.8 percent compared with the rest of the Democratic field according to a RealClear Politics average.