Democratic Minnesota Rep. Ilhan Omar admitted to embellishing a story she recently told a group of high school students about an elderly black woman she said was arrested for shoplifting a loaf of bread because her granddaughter was starving.

A Washington Post profile of Omar details the progressive Democrat’s story to a group of 400 high school students at Richfield High School. According to The Post, Omar recalled that five years earlier, when she worked for a city councilman in Minneapolis, she encountered a “sweet, old…African American lady” who she said was arrested for stealing a $2 loaf of bread in order to feed “starving 5-year-old granddaughter.”

Omar, who came to the U.S. as a Somali refugee when she was a teenager, told the story as she argued that the U.S. has an unfair and unjust society, according to The Post.

Omar said that the woman spent the weekend in jail before going before a judge, where she received an $80 fine, which she was unable to pay.

“I couldn’t control my emotions,” Omar told the students, “because I couldn’t understand how a roomful of educated adults could do something so unjust.”

“Bullshit!” she said she yelled at the woman’s court hearing.

But Omar’s story may have been too good to be true. And as The Post noted, it mirrors a vignette in “Les Miserables.” 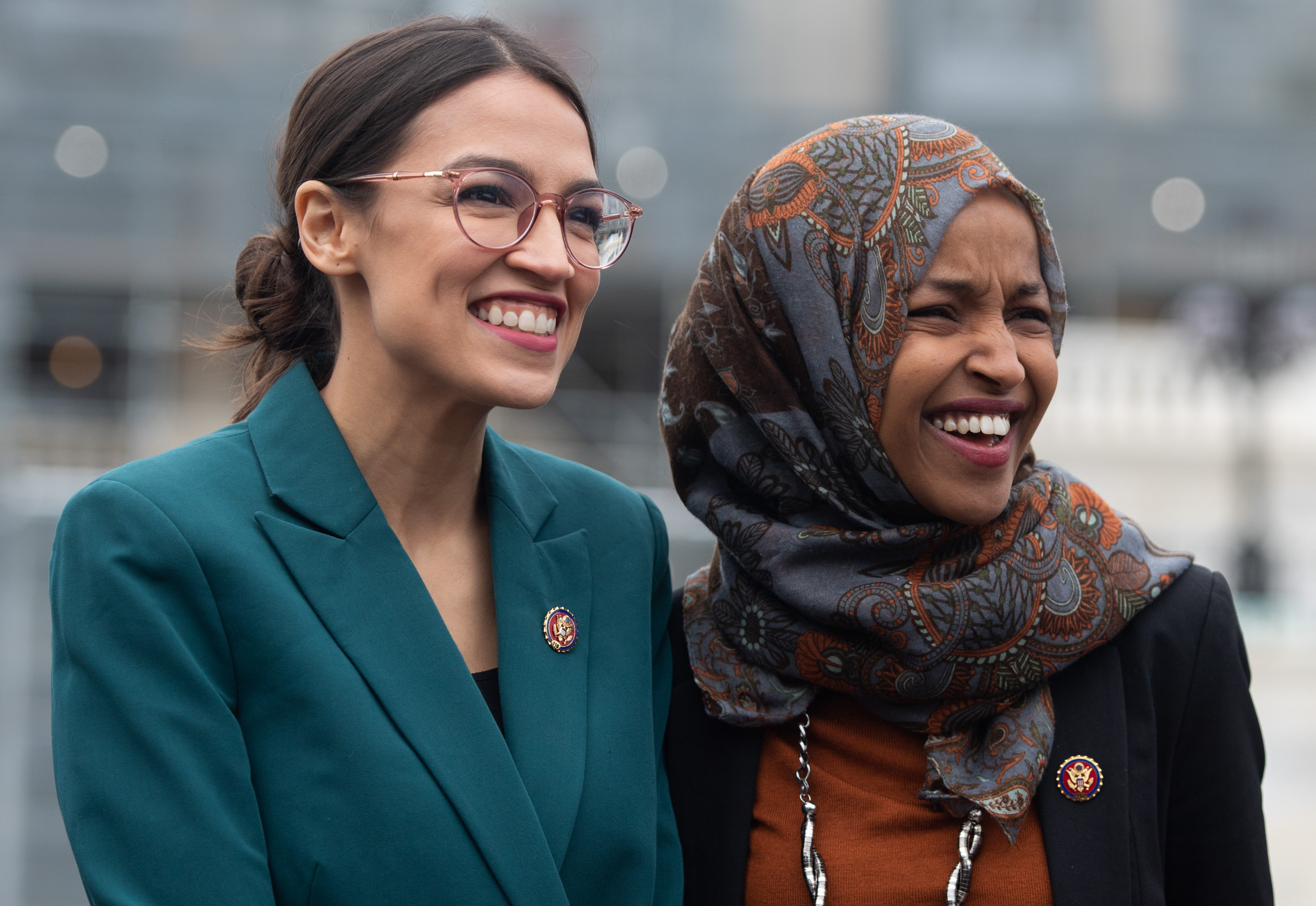 US Representative Alexandria Ocasio-Cortez, Democrat of New York, and US Representative Ilhan Omar (R), Democrat of Minnesota, attend a press conference calling on Congress to cut funding for US Immigration and Customs Enforcement (ICE) and to defund border detention facilities, outside the US Capitol in Washington, DC, February 7, 2019. (SAUL LOEB/AFP/Getty Images)

Omar acknowledged to The Post that she may have misstated some facts of the woman’s arrest.

“She might have had a prior [arrest],” Omar told the newspaper. “I’m not sure,” she continued, adding that “the details might not have all matched, but that’s what I remember.”

City officials in Minneapolis also disputed Omar’s story, saying that shoplifters are not arrested unless they have also committed a violent crime or another offense. Offenders are typically required to attend a three-hour remedial class, according to The Post. (RELATED: Ilhan Omar Defends Obama For Implementing The Same Immigration Policies As Trump)

Omar has been accused of fabricating other aspects of her past.

Last month, it was reported that in 2014 and 2015, Omar filed joint tax returns listing her current husband, Ahmed Hirsi, as her spouse even though she was married to another man at the time.

Omar has also given inconsistent statements about her marital history. She may have lied in a 2017 divorce filing when she claimed not to have been in contact with her husband or his family since 2011.

Minnesota’s campaign disclosure board on June 6 ordered Omar to repay $3,500 after finding that she spent campaign funds on out-of-state travel that was not connected to her campaign for the state legislature.